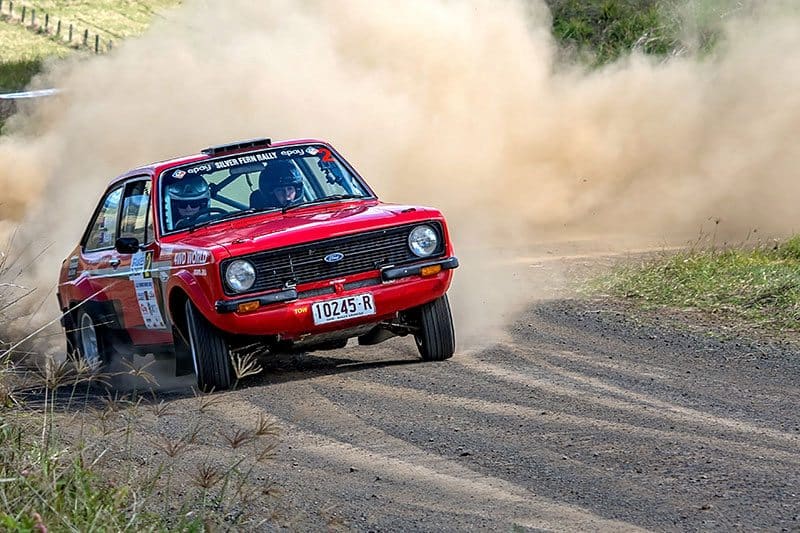 Clerk of Course, and the club’s Vice President, Stephen Davies said, “We are cognisant of the depth of thought and consultation Councillors and staff have given to the club’s proposals and with the support of Council we believe the community at large will have the opportunity to positively engage with this event.”

The competitive stages of the Brakes Direct Border Ranges Rally are all daylight and run over flowing shire roads around the township of Kyogle in northern NSW. The 13th, 14th and 15th July rally has a number of sub events offered to cater for various state championships, series and categories.

On Saturday Leg 1 of the BDBRR, as well as round three of the MTA NSW Rally Championship and the East Coast Classic Rally Series, along with round two of the CAMS Queensland Rally Championship will be run over four short(ish) stages at 1 minute intervals three times for a total of approximately 107 km.

Leg 2 of the BDBRR and the Queensland Clubman and Novice Series, as well as an Allcomers event, will run over three stages at 2 minute intervals totalling approximately 66 km on Sunday.

Davies points out that, “Whilst the MTA NSWRC, ECCRS, CAMS QRC will be scored on Saturday’s competition only, all competitors, except the Qld Novice and Allcomer crews, are invited to cross enter into the main two day multi-club event, which is the Brakes Direct Border Ranges Rally.”

This is a pace noted event, however, a full road book is available for crews who elect not to do reconnaissance. There will be no differential in the scoring between crews who pace note and those who do not (except for the Novice crews). Smoothline Stage Notes will be available for purchase.

Friday there is a media / shakedown shire road stage with a hard stand service area a short distance from Rally HQ. Reconnaissance will be available most of the day. Crews will need to be available late afternoon to attend a Promotional Start under lights and drivers briefing in town. Early finish for dinner.

Saturday’s competition will finish with a compulsory late afternoon / early evening blast around the showground under lights. This will not count towards the results.

Rally HQ and the service park is centrally located in Kyogle. Minimal liaison distances are a feature of this event. There is no overnight parc ferme following the promo start or between the Saturday and Sunday legs.

Rallysafe is compulsory for all competing vehicles. Entries will be limited to 50 on Saturday and 30 on Sunday.

Each competing crew will be asked to supply one official, or one of the crew act as an official, for one day only of the three day event.

For more information head to www.borderrangesrally.com.au