Last week the Australian Rally Championship released a summary of changes to the 2014 ARC Sporting and Technical Regulations with the ‘pending’ full version due for release shortly following ARCom approval. ARC Chairman, Ben Rainsford, spoke of some of the reasons behind the changes and what they will mean for competitors, partners and fans ahead of the opening Round.

Tyres - Kumho Tyre Australia will again be the official control tyre of the ARC.  All competitors in the ARC, 4WD National Series and, for the first time, the Classic Rally Challenge must run the control tyre.

“We were very pleased to announce that Kumho had recommitted to the East Coast Bullbars Australian Rally Championship following the final Round in Victoria last year,” said Rainsford.

“As part of their renewed involvement the Classic category now adopts the use of Kumho’s rally tyres, and following a very positive test with 2013 Australian Classic Rally Challenge winner Neal Bates prior to the end of last year we’re all very excited to see the fan favourite Classics even more closely matched on identical tyres.” 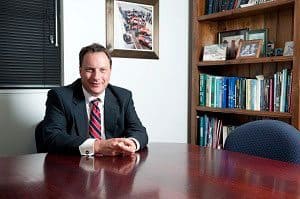 “I think it’s easy to overlook the massive benefits a single tyre supplier like Kumho, brings to our sport, from brand awareness and marketing to increased levels of funding that drives back into rallying to ensure we can all keep enjoying the sport we love.”

“It is crucial to the ongoing viability of the ARC and the features of it that competitors and other partners enjoy, such as television coverage, that we maintain strong relationships with loyal commercial partners such as Kumho.”

“An incident that occurred late last year cemented this decision to include all ARC categories under the single tyre arrangement to preserve this relationship in the best interests of the ARC, its competitors and partners as well as the sport at large,” Rainsford added.

Power Stage - Only registered ARC Outright crews will attend Qualifying & the ARC Power Stage. Recce of stage to be completed during normal event recce. There will be only one qualifying run.

“The amount of time for pre-event activities is always extremely tight, and we wanted to maximize the time for the ARC and event organisers to dedicate to VIP and sponsor rides following the Power Stage. I appreciate that may sound an odd statement, however we need to keep creating methods to provide commercial partners with a wow factor.”

“In addition rallying is a ‘one chance’ sport, and we wanted to create some additional excitement by giving drivers only one shot at setting a competitive Power Stage qualifying time,” continued Rainsford.

Changes to Categories - 4WD National Rally Series – now best 3 events, no limit on the number events which can be contested. SUV Rally Challenge – Will be advised within the release of the 2014 Sporting and Technical Regulations.

“We are acutely aware of the cost to go rallying, and we’re always mindful of ways to try to reduce this cost for competitors, particularly those looking to make the move up from Club and State level rallying to the ARC,” explained Rainsford.

“By reducing the 4WD National Rally Series to the best of 3 events we’re hopeful that State crews will do their home rally and their next two closest events, or two events and Rally Australia, and in doing so keep competitors costs down.”

Promotion & Advertising - Introduced a requirement that competitors in the 4WD National Rally Series, SUV Rally Challenge and the Classic Rally Challenge must refer their participation by the correct name for their section.   These categories will remain an integral and well promoted part of the ARC and this requirement simply acts to lessen the confusion of the ARC categories and also to increase the marketability of each category.

“I think this particular change has caused an element of confusion so to explain in the simplest terms we want the 4WD National Rally Series, the SUV Rally Challenge and the Classic Rally Challenge to be recognized in their own right.”

“We want competitors in the 4WD National Rally Series, the SUV Rally Challenge and the Classic Rally Challenge to be out promoting those series, helping to establish those brands in their own right.”

“Again, aside from the benefits in promotion of  these categories, this change has come about somewhat because of the confusion caused last year with someone not referring to the correct competition in promotional releases,” Rainsford added.

“We’re excited that both the Junior’s and SxS will return in 2014, having proven popular with drivers and spectators again in 2013. Both give new drivers a chance to experience our sport in very different ways, and that’s what makes rallying so special.”

“Regulations and eligible events are being finalized and announcements on both Championship’s will be made in due course,” added Rainsford.