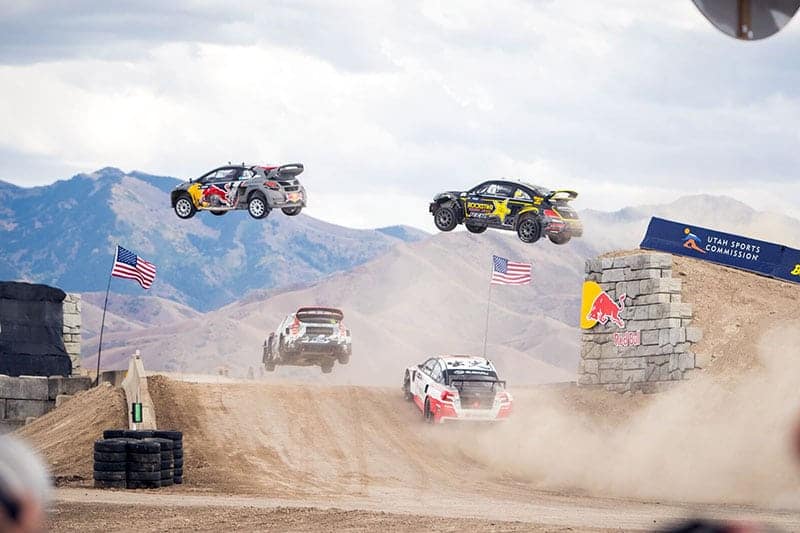 An insane, exhilarating, action packed day of racing left fans and drivers filled with adrenaline and with smiles on their faces at the inaugural Nitro Rallycross event in the USA.

The innovative course design delivered the most exciting racing seen at any rally race, ever. In the words of Timmy Hansen describing the event in one word -, “Unreal”.

During Semifinal 1, Timmy Hansen successfully fought off the likes of Steve Arpin, Tanner Foust, and Chris Atkinson, while in Semifinal 2, Scott Speed took the top spot with Mattias Ekstrom, Travis Pastrana, and Patrik Sandell close behind.

Then, heading into the Final where already intense racing only increased, eight drivers lined up on the grid ready for combat.

Timmy Hansen held his own keeping Mattias Ekstrom at bay with Tanner Foust close in behind.