Back to the drawing board for Evans and Mini Cooper AP4

Fresh from his win in round two of the Australian Rally Championship, Eli Evans will once again be behind the wheel of a Skoda Fabia R5 when the series reconvenes at the National Capital Rally in June. This means that the Evans Motorsport Mini Cooper AP4, which debuted in Canberra last May, will again be on the sidelines, despite running at round one of the ARC in Ballarat back in March. Speaking to RallySport Magazine, Eli Evans said that a full rebuild of the Mini was now underway. "We put in such a big effort to get the Mini to round one last year, and there were a lot of things that we could have done better it we had had more time," Evans said. 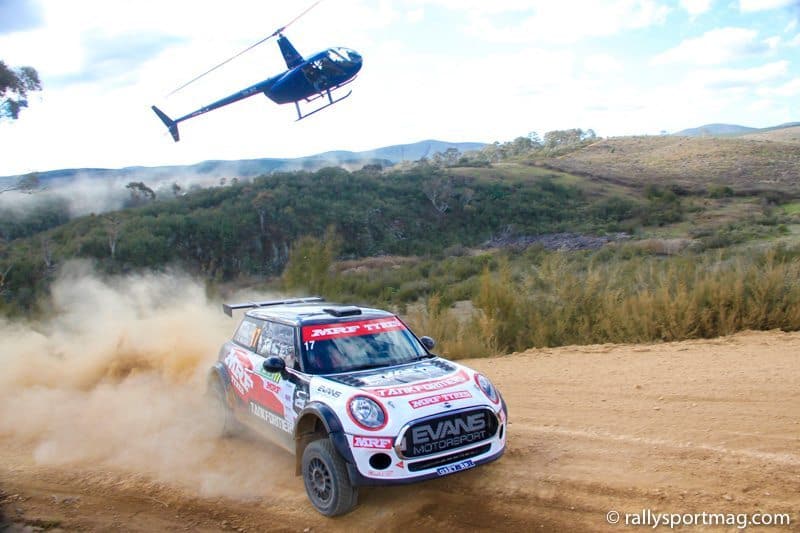 "Having driven the Skoda R5 for the first time in Western Australia, it's become clear to me how an AP4 car needs to handle, so we've made the decision to do a whole-car revision on the Mini. "This includes making it lighter, more reliable, and changing some of the wiring and engine bay components. "The Mini currently gets quite hot under the bonnet and some of the components have been showing signs of heat stress. If we don't rectify these issues now, then it will cost us a result down the track." 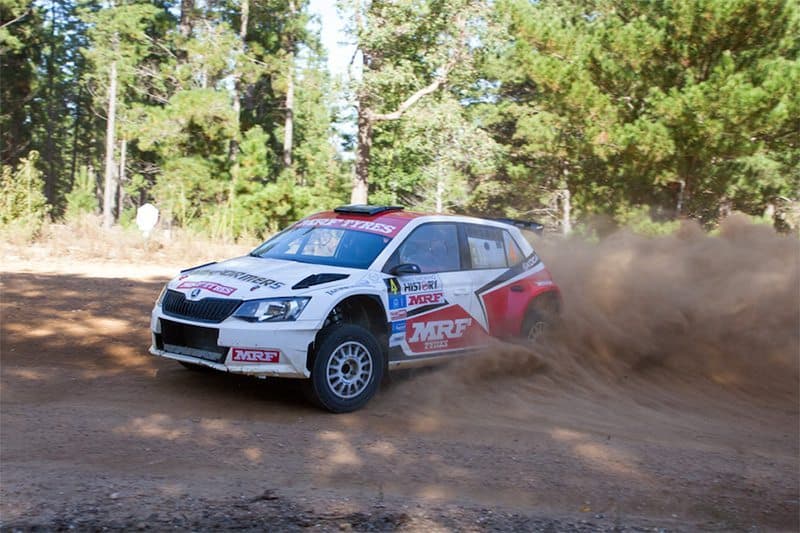 The 'whole-car rebuild' decision hasn't been an easy one for Evans Motorsport, but it has been driven by Evans' father Peter, who funds much of the team's Australian Rally Championship program. It also means the Mini won't appear again any time soon. Evans Motorsport also prepares and runs the factory Polaris team in the Australian Side-By-Side Championship, with Eli's brother, Simon, and fellow multiple Australian Rally Champion, Cody Crocker, driving for the factory squad. With full-time staff working on the Polaris' and four cars currently being prepared for the Finke Desert Race in June, the team is currently unable to put as much time into the Mini AP4 as Eli Evans would perhaps like. 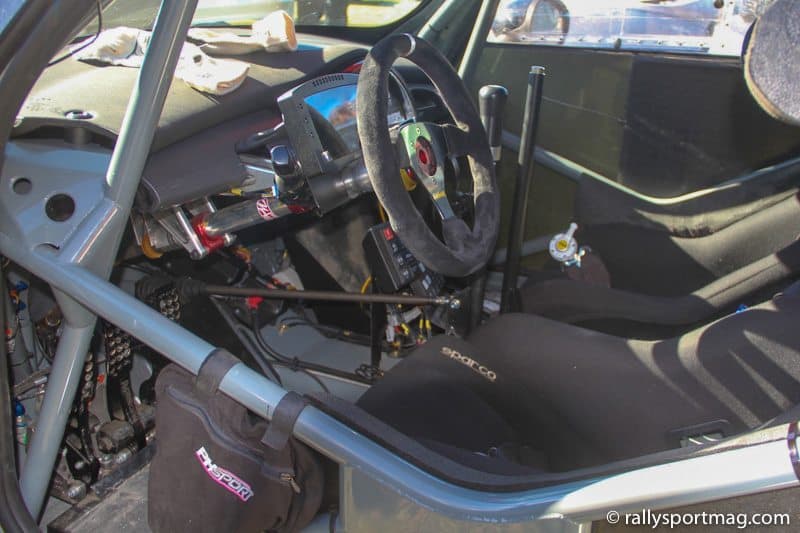 "I'm very fortunate that, despite the teething problems we've had, Dad wants to continue with the ARC program and has leased the Skoda for WA and Canberra," Evans added. "When we decided to revise much of the car it certainly wasn't the plan for it to take so long. However, the more we do, the more we are deciding to revise." Evans believes it's unlikely that the Mini will be ready for July's Rally Tasmania either, and hinted that the South Australian round in September may be the car's re-entry into the ARC. 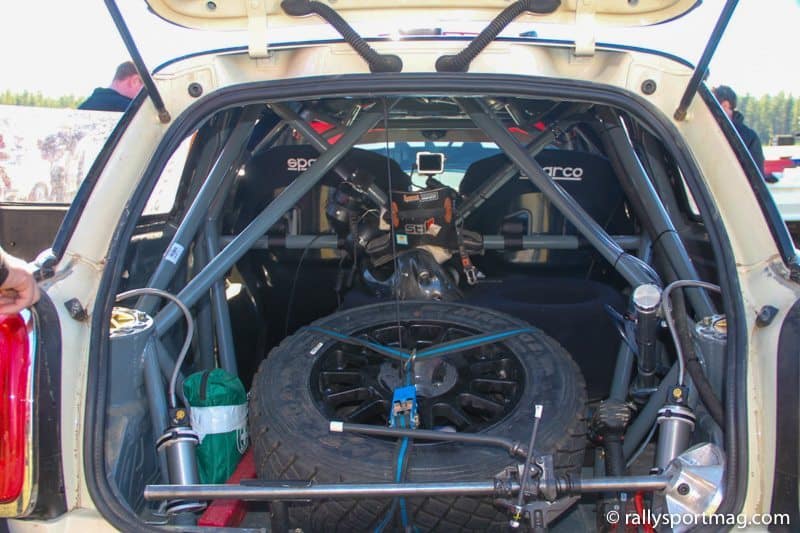 The Mini Cooper AP4 is undergoing a full rebuild by Evans Motorsport.

All of which has seen some fans questioning the future of the Mini Cooper AP4, and asking if Evans Motorsport would be best advised to leave the car parked in the shed and to buy the Skoda Fabia R5 they used in WA. Evans is quick to extinguish such thoughts, however. "It's been a tough decision to undergo a full rebuild on the car, but we're committed to the AP4 regulations and the opportunity to win rallies against R5 cars. "We have already come so far with it (the Mini), and there has been loads of time and money invested in it. "Walking away from it is not an option we've considered." 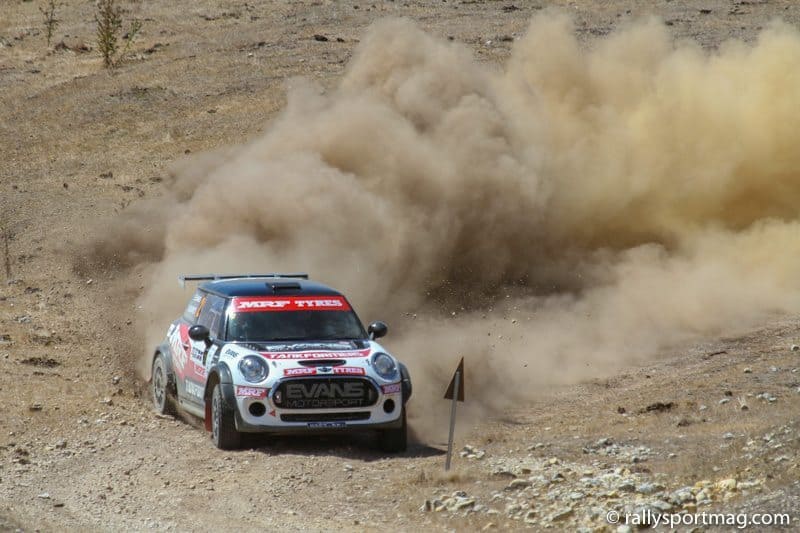 Evans in action in the 2018 Eureka Rally. Photo: Luke Whitten

The potential of the Mini, and its competitiveness against other cars in the ARC field, is not something that Evans is overly concerned about either. "Harry Bates has been incredible fast in his AP4 Toyota, so we know that these cars have the potential," he stresses. "We haven't begun to fully unlock the potential of the Mini Cooper yet, so by stripping it back and doing a full revision, we are confident that we'll be able to emulate the performance of the R5 cars." 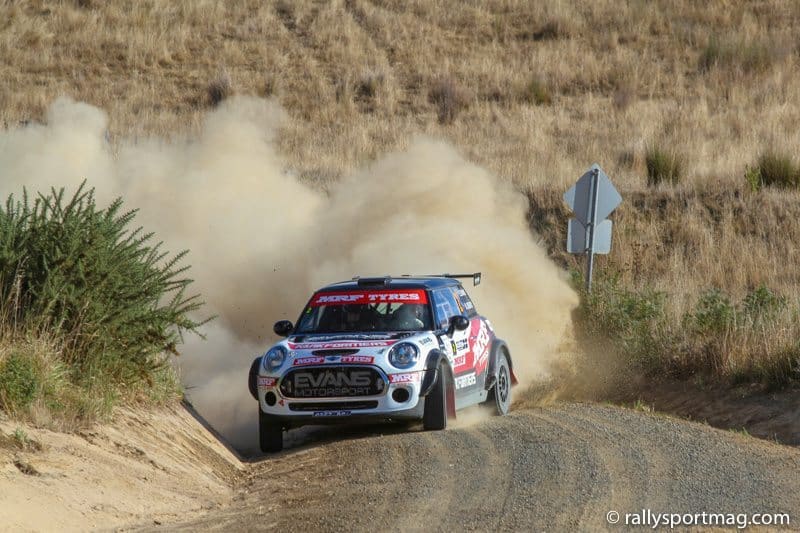 Handling and overheating are two issues Evans Motorsport are trying to get on top of. Photo: Luke Whitten

In the short term, however, it's back into the Fabia R5 for the National Capital Rally on the first weekend in June. "I can't wait to drive the Skoda again," he says. "It was fantastic to drive on the loose, ball-bearing roads in WA, and I'm looking forward to trying it out on the higher grip surfaces in Canberra. "We've probably been struggling a bit with the Mini through the rougher stages, so more seat time in the Skoda in Canberra - where the roads can be rough - will be another big learning curve for what we need to do to the Mini to make it competitive. "I want to be back in our AP4 car as soon as possible, and the experiences in the Skoda will help us to get on top of the problems more quickly." 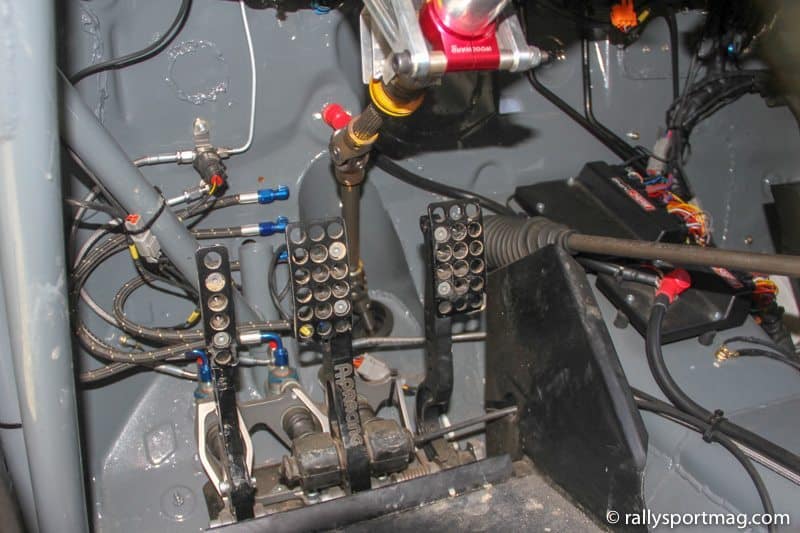 The Mini Cooper AP4 has plenty of potential, according to Eli Evans.