Australian driver Neal Bates has won the Stadium Cars / Ssangyong International Classic Rally of Otago for the second year in succession, driving his Toyota Celica RA40 to a victory of nearly two minutes.

Despite nearly rolling his car on stage 10 of the 15 stage event, held to the south of Dunedin, Bates and co-driver, Coral Taylor, were clearly the class of the field, even beating New Zealand’s WRC star, Hayden Paddon, who crashed out of the lead on day one. 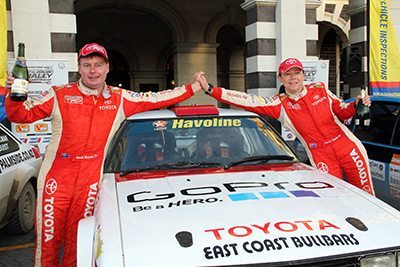 1994 World Rally Champion, Didier Auriol, showed improved speed on the second day after making a number of suspension changes to his borrowed Ford Escort RS1800. The Frenchman won the final stage of the day, showing that he was finally coming to grips with the car, and the event’s unique roads.

After Paddon’s untimely crash on stage six, Bates took a 46 second lead into the second day’s eight special stages and was never seriously challenged for the win.

“We’ve had a brilliant event and the car has run perfectly throughout,” Bates said,

“We had a lead of over a minute when we nearly put the car on its roof on the first corner of stage 10, so I decided then it was probably time to back off a bit and make sure we got to the finish.

“We just love this rally. The roads are simply incredible, the people are wonderful and we just love coming back.”

Buist’s second place was impressive, given that he wasn’t entered in the event until a week before the rally started. He moved up the order on day two when first Regan Ross (Ford Escort) crashed out, and then Marcus van Klink hit troubles in his Mazda RX7, dropping to sixth place.

“We knew after the first stage that we didn’t have the speed to win, so it’s pleasing to finish on the podium after a solid run,” Buist said. 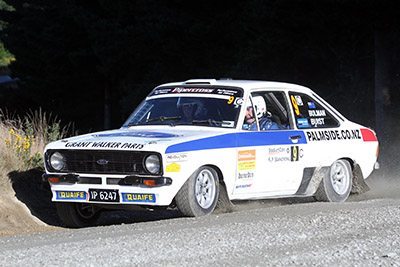 Deane Buist was second in his Ford Escort RS1800.Ayson couldn’t match the pace of those in front and win his third Otago Rally, but he did manage to hold off Auriol, a feat in itself.

“I was much happier with the car today,” said Auriol, the former Ford, Lancia and Toyota factory driver.

“I made a lot of changes to the car after the first day and it was much better today.

“Yesterday’s stages were very fast, but I enjoyed today’s roads much more and we increased our speed.”

Australian Jeff David, who has finished second in this event before, overcame early brake problems in his Porsche 911 to finish in sixth place.
Another Aussie, Ed Mulligan, was eighth in his BMW 325i, just ahead of lady driver, Deborah Kibble, in a Mitsubishi Lancer Turbo. 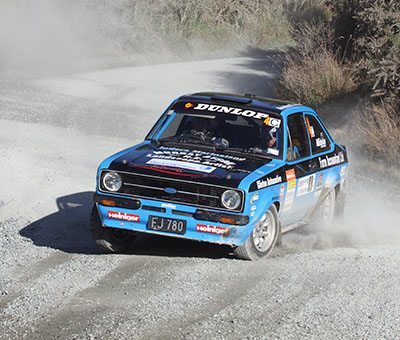