Betting comes to rallying for 2017 season

The WRC Promoter has announced that OneBet will be the WRC’s Official Sports Betting Partner.

Fans will be able to place bets via computer, tablet and smart phone before and during rallies.

“Our WRC strategy is to make the championship available to fans whenever, wherever, and however they want. Our partnership with OneBet provides yet another way in which they can be part of our sport,” he explained.

Features are offering various opportunities including Top 6 on a specific stage, pool betting, Top 8 on shakedown restricted to WRC cars, pool betting and Top 6 overall in the Rally, pool betting.

OneBet is expected to support the Ostberg-Prokop team due to make its debut on the Swedish Rally.

Official betting has not been seen in WRC rallying since the days of the old Safari Rally in Kenya.  OneBet logos appeared at Monte Carlo on the M-Sport cars. 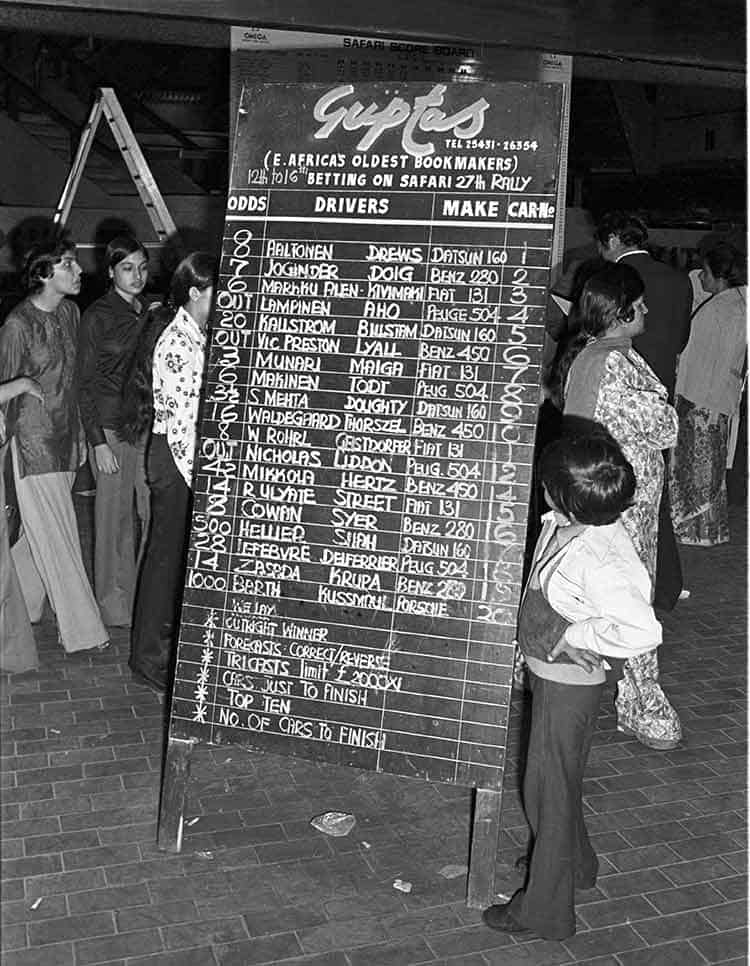 Betting hasn't been seen at the WRC since the Safari Rally in 1979. (Photo: Martin Holmes)