Craig Breen will compete in the 2020 European Rally Championship after it was announced he and co-driver Paul Nagle would pilot an MRF Tyres backed Hyundai i20 R5.

The Italian BRC Racing outfit will operate the car on all eight rounds of the 2020 championship, equipped with the Indian tyre brand.

MRF, who have greatly improved their presence in rallying over the last five years, will make their return to international rallying after recently losing out on the WRC tyre tender deal.

Breen says he is excited to start the adventure with MRF Tyres.

"We worked together last year placing emphasis on tyre development, and now I am really looking forward to embarking on this journey in the European Rally Championship,” he explained.

“It will be a great adventure to get back to some rallies I have done in the past along with some new rallies - I am looking forward to the Azores Rally and getting the program started.”

While Breen has been announced as Sebastien Loeb’s replacement for the Rally Sweden, his WRC program is unclear for the remainder of 2020. 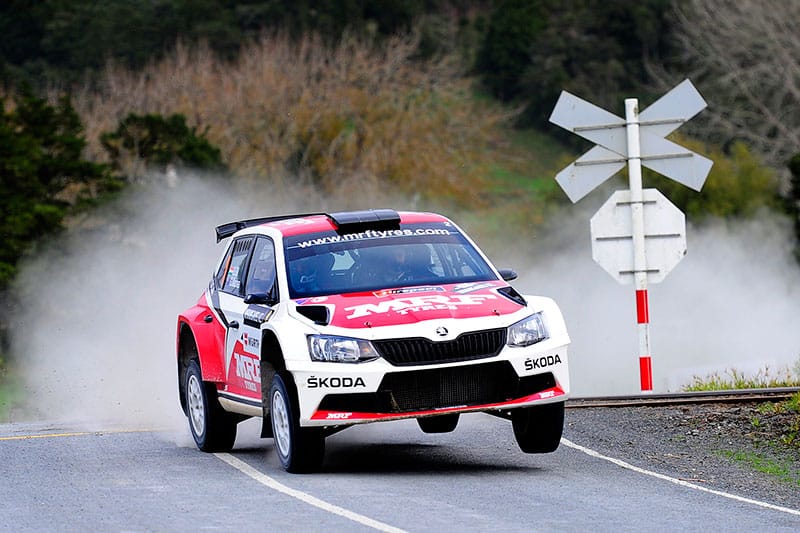 This ERC deal ensures that he stays ‘match fit’ aboard a Hyundai.

"The season includes some very famous events, and is a great test for the cars, and for the tyres in all conditions," Hyundai Motorsport Team Principal Andrea Adamo said.

"MRF Tyres have already had great success in rallying, establishing themselves as very competitive option for drivers and teams. Hopefully this season between them, BRC and the Hyundai i20 R5, they can add more to their story in motorsport.”

The deal is significant for the Indian company as they look to increase their rallying footprint, but they are also well aware of the challenges which face them.

"We know it will be a challenge to compete with our European rivals but we are committed to rallying in the long term and we are aiming to learn and develop.