"Snowtago" 2018 New Zealand’s Otago Rally never fails to come up with something different. Whether it be the latest international rally star heading Down Under for the classic rally, or a new AP4 car making its debut, New Zealand’s city of Dunedin is always a hive of activity come early April. This year, however, it was something else that captured the attention of competitors and spectators alike. Unseasonal cold weather in the lead up to the rally saw snow falling on the stages around Dunedin, and significantly on the Whare Flat shakedown stage, just 15 minutes out of the city. For a Kiwi, this may not be such a rarity, but for Australians who made the trek across the ditch, it was something out of the ordinary. I had witnessed snow very briefly at the Tasmanian round of the ARC south of Hobart back in the mid 2000s, but that was sleety snow that didn’t even form on the ground. After initial drizzle on the Thursday before the Otago Rally, the snow settled in and for the next 90 minutes the stages were transformed into a winter wonderland that was much like the country that Norwegian Mads Ostberg had left behind. Of course, the weather was expected to improve, and by the time the rally came around on Saturday, the snow had melted and it was situation normal agin. But for something just a little bit different, the snow in the lead up to this year's rally provided something extra special for those in Dunedin. 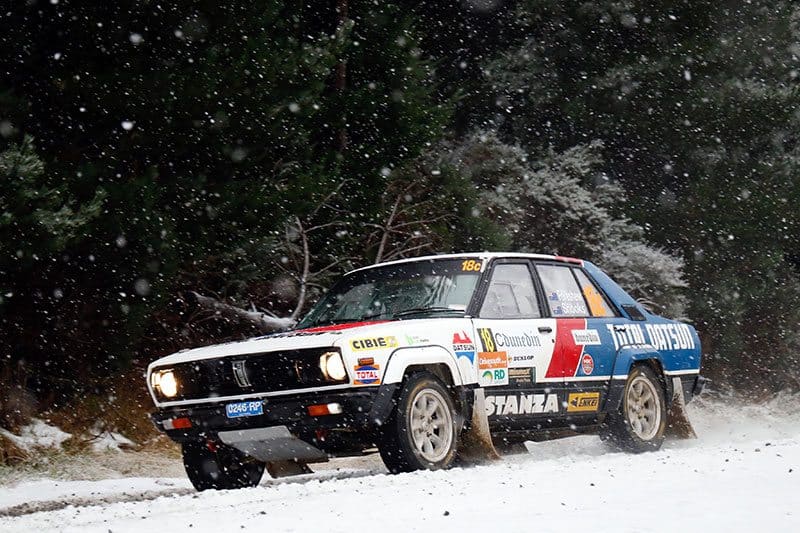 Hold it flat Hayden The pace of Hayden Paddon's Hyundai i20 over the Otago Rally stages was something that you had to see to believe. Right from the very first stage, Paddon set the pace and quickly set up a lead into the minutes, which would never be challenged. Winning all 17 of the rally stages was some effort, and many wondered why the WRC star continued to push as his lead went north of five minutes. But with rounds of the WRC coming up for Paddon, he had no option but to push hard and challenge himself if he wants to remain in the form that will hopefully see him back on the WRC podium before the season is over. Full marks to Paddon – and some of the moments he had during the event were testament to how hard he was pushing – and we wish him all the very best for the upcoming rounds of the World Rally Championship. 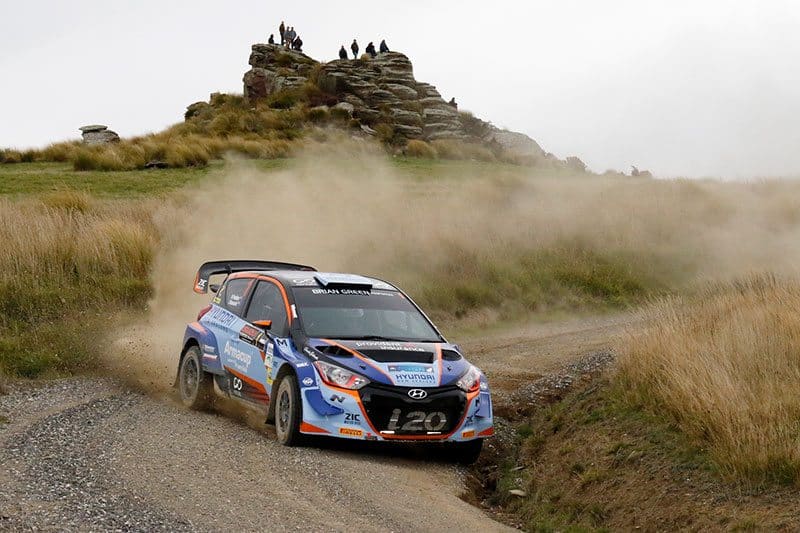 The perfect wife The Otago Rally featured two crews from the Philippines, one of which was competing in their very first rally. Kim King, the wife of one of the competitors, Luis King, gave her husband and the driver return air tickets to New Zealand for Christmas, mentioning to him that he now had to hire a car so that they could compete! They did so and piloted a Suzuki Swift, albeit rather slowly, on their first ever rally. His wife is clearly a "keeper". 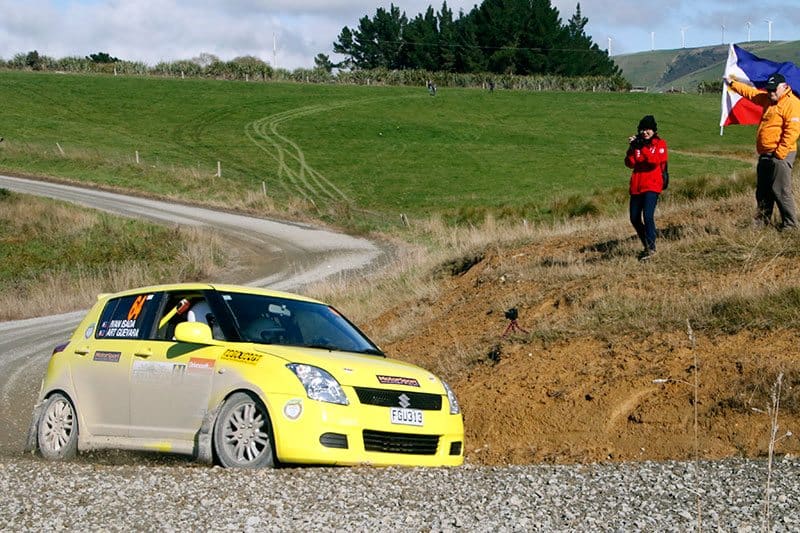 Philippines driver, Ivan Isada, on day one of the rally. Photo: Peter Whitten

Hurry up and wait New Zealand’s bleak weather in the lead up to the rally saw many competitors spectators and service crews having trouble getting to Dunedin. There were tales of missed flights, delayed flights, cancelled flights and even drivers and co-drivers sleeping on the floor of airports as the airlines struggled to make their way around the challenging conditions. Richie Dalton and John Allen had an incredibly tough time, sleeping in Wellington airport overnight as they battled their way south. Their car suffered engine problems towards the end of the first day, adding to their woes. Nevertheless, their Ford Fiesta Proto showed promising signs and will be a fast car as the New Zealand Rally Championship continues. 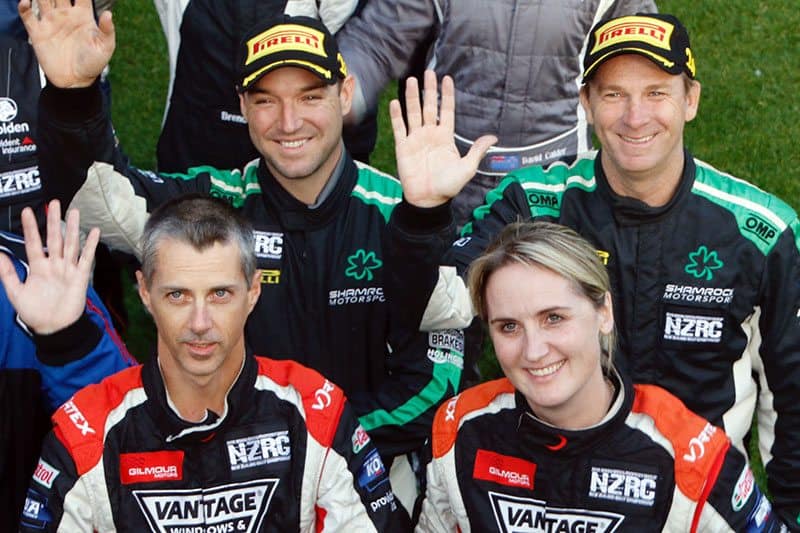 Richie Dalton and John Allen (top) had an adventurous trip to Dunedin.

The elusive fourth win Three-time Otago Classic Rally winner Derek Ayson, from Gore, just south of Dunedin, had a troubled start to the rally as well. Ayson had replaced the Nissan engine in his Ford Escort Mk2 for a 2.5 litre Holbay motor, but the engine bent valves on the Friday morning before the rally. It meant a long night as the service crew replaced the engine so that Ayson could make the start. The car ran poorly for much of the rally, with the engine coughing and fluffing its way around the stages. Overall, Ayson was pleased with the power of the new engine and the promise that it showed, but commented that he "may never achieve that elusive fourth win". 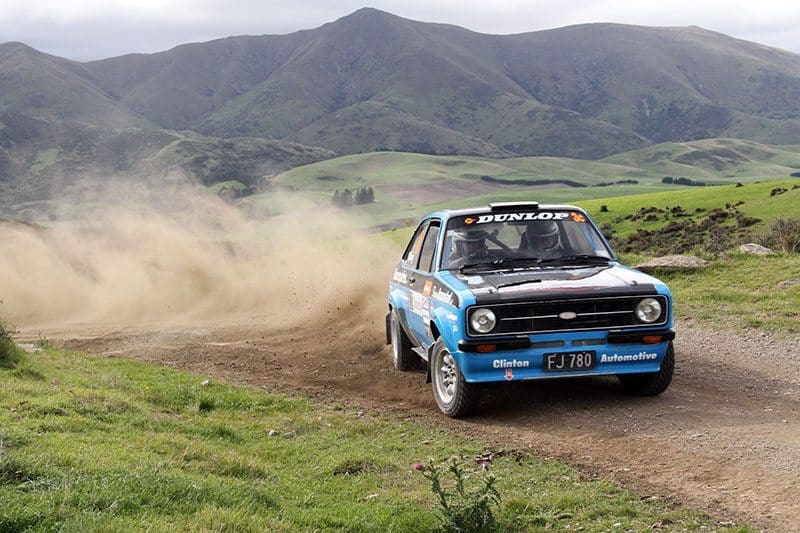 Is there anyone left? The question was asked if there were any Australian rally fans left in Australia during the running of the Otago Rally, such was the number of Aussies floating around. Ross Dunkerton was the first Aussie to start spruiking about the Otago Rally in 2002, and when RallySport Magazine first visited the event a year later and started spreading the word, the floodgates had opened. Now, many Australians plan their holidays around the event, with more and more visiting each year, and even more coming back for their umpteenth visit. The popularity and success of the event shows no signs of slowing down either, which is all credit to the hard-working members of the Otago Sports Car Club. 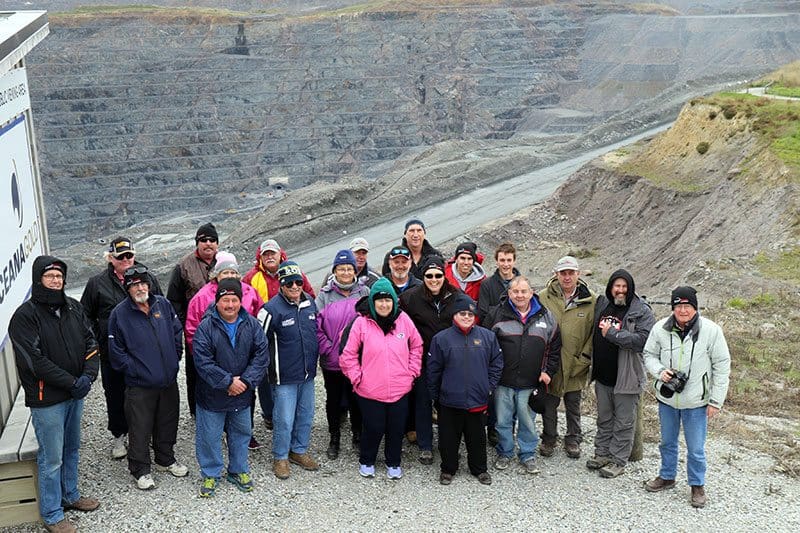 There were lots of Aussies in NZ for the event, including this RallySport Magazine tour group.