Rally Sweden is one of the most iconic rallies on the WRC calendar, and the 2020 version of the event provided fans with a variety of different perspectives of the world's greatest drivers.

The event was a weird one this year.

The lead up to the event was packed with doubt, with many originally believing that the event simply wouldn’t run due to the lack of snow.

The weather gods did us all a favour and dumped some snow, however not all the stages were covered, meaning drivers were faced with the challenge of changeable road conditions to tackle.

Studded tyres and gravel do not normally play in the same play-pen, so drivers needed to figure out a way to get maximum grip across stages with changing winter conditions.

This was enough to entice any rally fan to keep a close eye on the results and be intrigued at strategy and the results of experiencing the unknown. 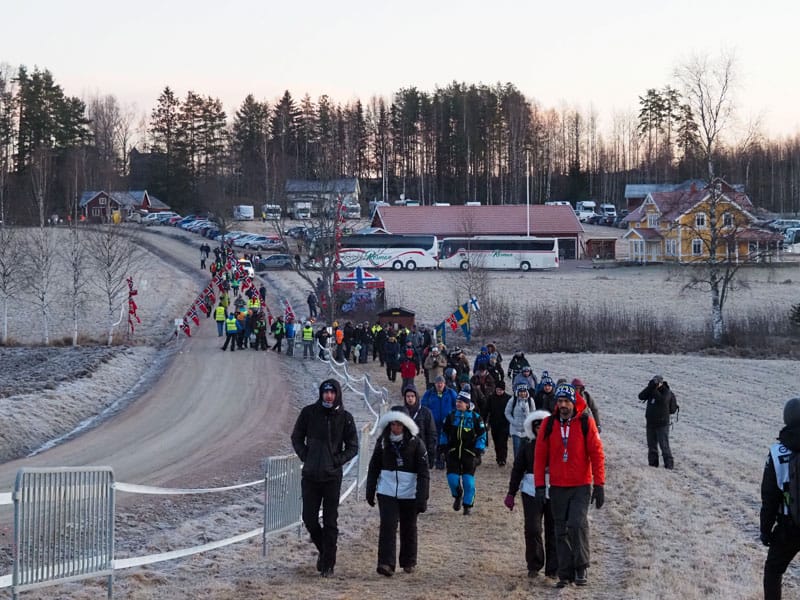 Despite the conditions, Swedish fans piled into the shakedown stage. Photo: Peter Whitten

However, I had a vested interest in this particular Rally Sweden.

One of RallySport Magazine’s own made the trip across the globe to the iconic rally to experience a snow rally.

In the lead-up, there were numerous doubts. Comments like “I’ve come all this way, what if there’s no snow?” and others similar.

Alas, the snow came, and with it, numerous photos and videos of snow-covered roads. Talk about jealousy!!

So each of the past couple of nights, I’ve sat down, and watched the WRC+ coverage with a little more intent, keeping a close eye on the surprising pace of Elfyn Evans and Kalle Rovanpera, and the ever-consistent speed of Ott Tanak and Sebastien Ogier.

Sweden is the only snow event on the calendar, and the event being doubted due to lack of snow just isn't right.

Work and planning will no doubt be done by the exemplary Rally Sweden organisers to ensure plenty of snow for 2020.

The WRC need to ensure it stays as a full snow event. Period.