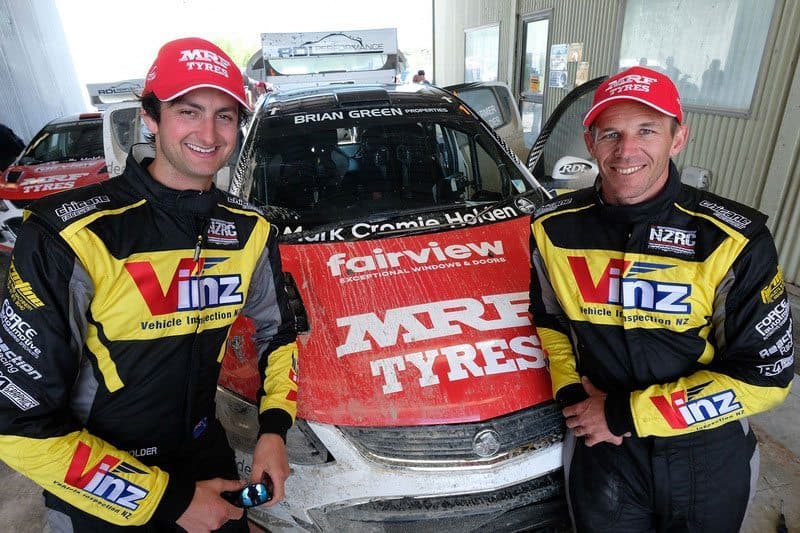 With 2017 having been the team and cars’ debut season, Christchurch’s Marston says: “It’s been a massive year with building two cars and developing them. At RDL Performance, we are really happy with the effort and progress that we are making so we’re keen to settle into a good rhythm, push on with the pace and enjoy the iconic roads of Rally New Zealand. The results will come with time in the seat and the ongoing development that we are making, so I’m just focusing on the driving for the weekend ahead.”

Tauranga-based Holder joined the team at the invitation of the team’s regular driver Greg Murphy due to Murphy’s Supercars’ commitments. Holder and co-driver Jason Farmer, the defending New Zealand Rally Champions, finished their first event in the Barina at Rally Waitomo in sixth place. They’re currently fourth on their respective drivers’/co-drivers’ championship table and therefore one of seven crews with a mathematical chance of winning the 2017 championship title.

Holder says: “Now that we’ve got an event in the car under our belt, we’re definitely looking to show a bit more pace this time round. We’d like to convert that pace to a podium result for the team which feels achievable. It would also be nice to reward Greg and all the associated sponsors’ faith in us with a great finish!”

Both drivers are looking forward to the special stages ahead which take them from Tauranga to Raglan, then Lake Rotoma and back to Tauranga during the 25-26 November finale to the New Zealand Rally Championship.

“I can’t wait to get into the Raglan stages!” Holder says. “I’ve done them once before in my first year of NZRC rallying, but it’s been a while since then so hopefully the memories flow back quickly on recce; from what I remember they suit my style well.”

Marston contested Saturday’s route when it was part of the 2012 Rally New Zealand. “They’re nice, flowing stages with Whaanga Coast having a wee sting in the tail with its tight and technical section at the end. Should be fun!”

Holder’s car stayed in the North Island after the Waitomo event, rather than return to the team’s HQ at RDL Performance in Christchurch, which offered Holder the opportunity to learn more about the Barina rally car – helpful knowledge should he need to make a roadside repair during the event and to understand and assist the team with possible developmental changes.

Each driver had a successful test with their car last week. Marston’s test in Christchurch produced a much better feeling in the car with the work done since Hamilton, and Holder said the test confirmed they’re heading in the right direction with some changes to suit his driving style.

Holder and Farmer start fifth on the road in the 54-strong field, with Marston and co-driver Andrew Graves seeded 12th.

Holder says: “This should give us a great position regardless of what the weather throws up, although it’s forecast to be fine. We definitely did it tough up the front at Waitomo so having a swept line, even if it is small, will be a great help.”

If it stays dry, that’s good for our road position,” says Marston, “however, at the end of the day whatever the conditions you just have to make the most of it.”

The rally features a two-pass reconnaissance, which Marston says is helpful, especially with the stages that neither of the drivers have contested before.

With 226.80 km of special stages and 679.52 km of touring stages criss-crossing the North Island, the event presents some logistical challenges which Marston tried to mitigate with their accommodation choices, but as Holder says: “It gives us time to hang out in the car between stages and just relax. Jase and I have been working hard preparing well for this event. As a team feel we’ve made some significant personal development in the way we approach events this year, so we both can’t wait to put that into practise and give it our best!”

Murphy, who’ll be at the Supercars final round in Newcastle, says: “It’ll be great to see the work and effort from Josh and David pay off this weekend with a strong finish. It’s a tough event being two days, so needs a very consistent approach. I know how focussed Dave is leading into this weekend; he has been doing big hours working on the car and on his physical training, and he is very serious about this rally being in with a chance to win the championship again.”