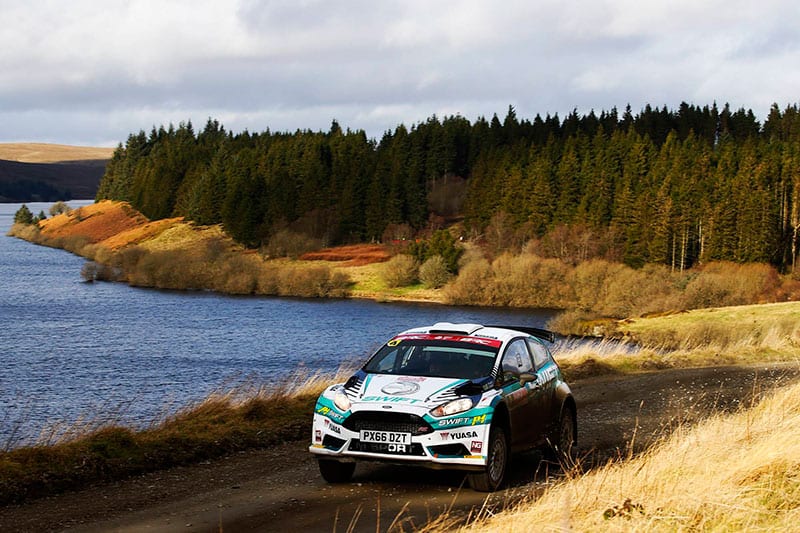 Matt Edwards won the Cambrian Rally in a Fiesta R5.

The local driver from North Wales made fastest time on nine of the 10 stages, finishing 26.5 seconds in front of Scottish Skoda driver David Bogie.

Bogie had been engaged in a long battle with Central Wales’ Tom Cave (Hyundai), but Cave retired on the final stage with punctures when second.

The Junior two-wheel drive Junior category was won by James Wilson in a Peugeot 208 R2, beating William Creighton, who had lost time with a puncture. 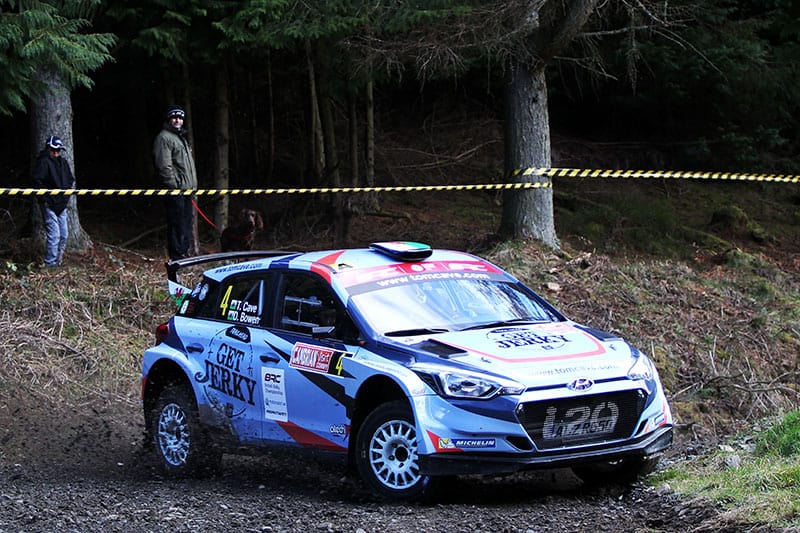 Tom Cave retired his Hyundai i20 R5 on the final stage with multiple punctures.