Eli Evans holds a 19.7s second lead after the morning’s stages at the National Capital Rally.

In rough and rocky conditions, the Victorian won three out of the four stages, holding off local-hero Harry Bates.

Evans was happy with his morning, but sustained some minor panel damage.

“I misjudged a lot of the sharp dips and bumps,” he said.

“We sustained some cosmetic damage to the front bumper.”

Molly Taylor, also had a difficult morning in the rough Kowen stages.

She was forced to stop and change a puncture in stage three, and was also lucky to not strike further trouble.

The Subaru driver bent three rims in the process, making for some swift repairs from the team.

Lewis Bates, however, was not so lucky through the morning’s stages. His Corolla S2000 had to be pushed into service where it’s fate was determined.

“We came over a jump near the end of the second stage, landed awkwardly and broke an oil line and lost oil pressure,” Bates said.

“The boys are going to have a look at it and hopefully we can get back out for tomorrow,” he concluded.

APRC leaders Yasui Sumiyama and Mike Young both had difficult mornings, both staying out of trouble. 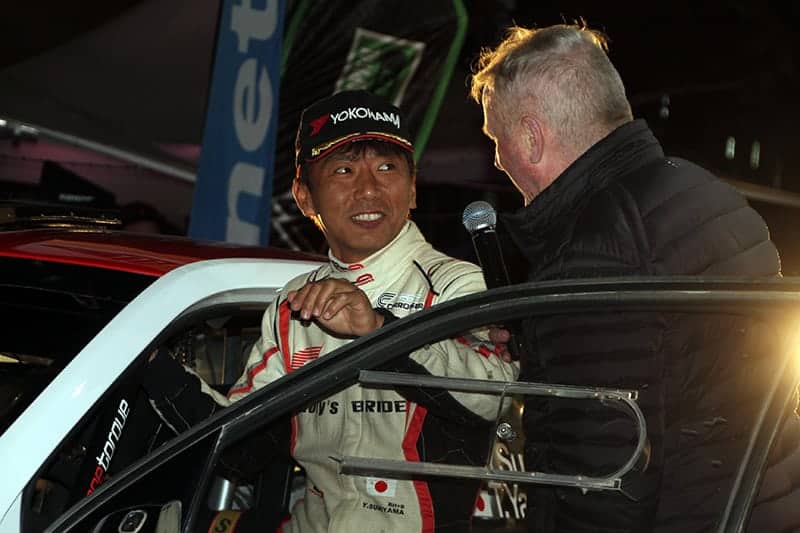 Young bent his steering on one of Canberra’s fast jumps, but is simply looking to finish the event and gather strong points.

The National Capital Rally continues this afternoon with a similar loop of stages, which looks like being the survival of the fittest.