Turkey's round of the WRC has always been popular with the country's rally fans. Photos: Martin Holmes

On September 21 the FIA World Motor Sport Council announced that Turkey would return to the World Rally Championship in 2018 after an eight year gap, subject to approval of a Candidate event to be run in October.

Behind the project is Serkan Yazici, nowadays the President of TOSFED, the Turkish federation, but seven years ago he was a popular WRC competitor in the Teams Cup, running for the national Team Atakan. 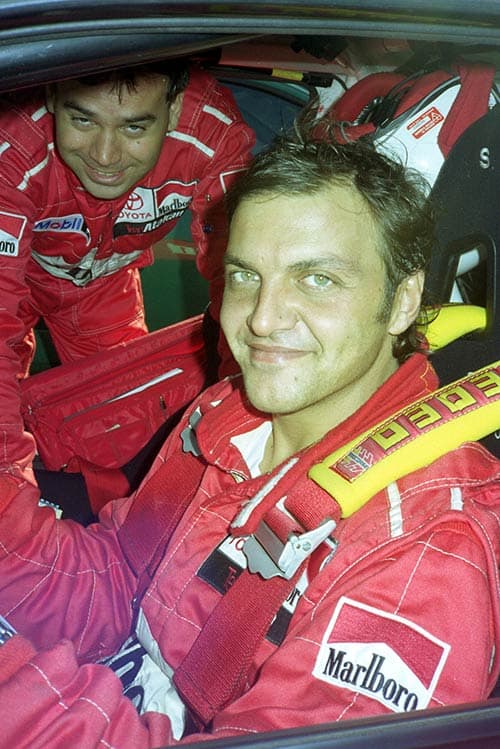 Serkan Yazici (front) is the man behind the new Rally of Turkey.

Safely knowing that his hopes had now been endorsed by the FIA, Yazici was finally able to introduce his proposals publicly. Yazici explained that he was not, as presumed, the Promoter of the event, but represented TOSFED, an official government federation.

“My personal motivation came as I used to compete a lot (four times national rally champion) and I always had this passion. I never forget my days in the WRC and rallying is a big love of my life.

“When I was elected two years ago to the federation, however, things were not going so well. My first work was to try to raise the level of the Turkish championship.”

The first year Yazici was President the only international championship rally in Turkey was a small European Rally Cup event (the Bosphorus Rally), but on the calendar there was also a small established annual rally held in Marmaris.

“In those days, offshore and the classic car events were held there and Marmaris was delighted with plans to develop the Marmaris Rally. That was when we started talking about the future.”

Before he was elected President he had spoken to the federation several times to promote the event in Marmaris because the roads there were so suitable. In the end they brought the Marmaris Rally into the national championship.

For Yazici, his home town of Marmaris, a yachting centre, was an obvious choice for expanding the event. He had good connections through his hotel chain group which operated in Bursa, Marmaris and Bodrum, as well as his other businesses. 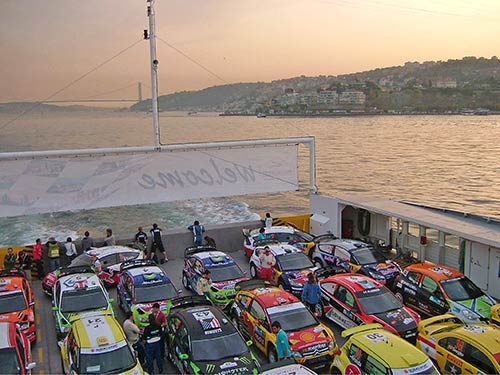 Dusk over Istanbul at the 2010 event.

“We also thought at that time about Turkey returning to the WRC, so we used our good contacts to see if we had a chance. At the beginning it looked like there was not so much hope, but we worked on it, we went around explaining what kind of a rally we could have, let people know more about the area we proposed for such an event. Somehow we came to a good position.”

Under the initiative of a previous TOSFED President, Mumtaz Tahincioglou, Turkey had previously run six rounds of the WRC, five times based in the region of Antalya, and finally once close to Istanbul.

As a competitor, Yazici analysed the Antalya events as having a beautiful start area, the stages had a mixture of medium rough, some good, some rough, but the stages were too inaccessible.

“We didn’t have many spectators there. The roads for the Istanbul stages were good but again not many spectators. It is really hard to organise rallies near big cities.”

Spectator opportunities have been strong in the mind of Yazici.

“Towards a million holiday makers come annually to the region around Marmaris, Ula, Mugla, places served by the new tourist Dalaman airport, a very big proportion are British. That also made us excited because the British people love motorsport!

“And the good thing about this is that wherever you stay in the area you will never be far from a stage. The stages are very close to the towns and the region is probably the most beautiful area in Turkey, even in Asia.”

The Candidate event will be the two-day Marmaris Rally, the first day using stages towards Mugla and the second day stages close to Marmaris. The world championship route will use the same stages, with a third day using some extra stages to provide the required extra distance.

The service park, which is not far outside Marmaris, will be the same as this year, which this year is gravel, but there are plans to convert this to tarmac before 2018.

“The WRC event is to run between 13-16 September in our high season, but this year the candidate event will be held 20-22 October, normally after 16th October is our quieter season.

“We chose the quiet time because we want to give a good chance for FIA officials to understand that the rally is running well. Next year it will be, of course, in our high season, so it is probable there will be many more spectators, and we will have to do many things differently.”

Yazici’s immediate plan for the event currently extends for two to three years.

“I don’t know if it will continue or not afterwards, or whether there is a call for a change in location, see how it goes in Marmaris. I think it will stay here.

“There is support for a new Rally of Turkey from all areas of motorsport in Turkey, all the other organisers are involved with it. At the end of the day the name of this rally is Rally of Turkey, so I don’t think we will have any problem.

“And Marmaris is a very active location. If you called my hotel today (end of September) you will not find a room, other hotel owners are the same. Things are now going well in Turkey.

“Everything is beautiful here, but you never know what can happen, I’m not a fortune teller. I hope we can make a great rally so that everybody is pleased and happy.” 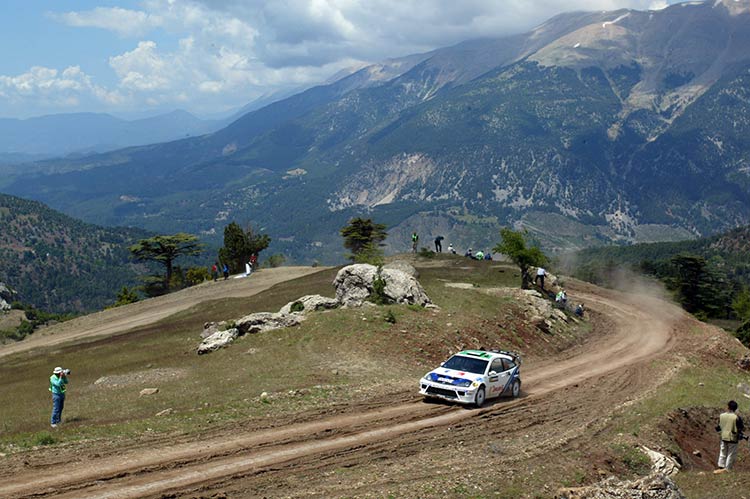 WRC rallying in the hills in Turkey in 2005.