A Toyota Yaris with at least 300hp (224kW) will be the new mount for emerging rally star Harry Bates when he completes his challenge for this year's Australian Rally Championship (ARC).

Neal Bates Motorsport (NBM) is building the Yaris to AP4 regulations at its Canberra-based motorsport facility.

Compared with the S2000 Corolla that has served the young Bates so well, the Yaris - in compliance with the category rules - will be turbocharged instead of naturally aspirated and offer more suspension travel and a lower centre of gravity.

"Having a new rally car will be amazing - I expect it to be faster than the current car," said Harry, who is leading this year's championship by three points.

"Even so, I have a steep learning curve with the new car, so I'm not expecting to jump in and be up to speed right off the bat.

"However, by Rally Australia in November, I'd expect to be in a good position to fight for the championship in the new car."

Bates, son of four-time ARC champion Neal, said he understood the challenge of moving to a new car, but said it seemed like the right thing to do.

"At the end of the day, I have full faith in the team from Neal Bates Motorsport. Dad and his team have always built amazing cars and this one will be no exception."

Bates has impressed in his short rally career, winning the Future Star Award in 2015 from the Confederation of Australian Motor Sport.

Last year, he and co-driver John McCarthy placed third in the championship in their Toyota Genuine Parts S2000 Corolla.

This year, on his way to leading the championship, he became the youngest winning driver in ARC history by taking out Victoria's Eureka Rally in March.

He followed up with a dominant performance in his "home" rally in Canberra, winning seven of the 13 completed stages.

Neal Bates describes the Yaris project, which is the latest in a long series of rally cars he has built, as a "labour of love - and stress".

During the 1990s, Bates and co-driver Coral Taylor developed and ran a succession of World Rally Championship (WRC)-spec Celica GT-Fours, before switching to the Corolla WRC in 1997.

In conjunction with Toyota Australia, Bates developed a Corolla Group N (Prototype) that made its full-time debut in 2003 and led to two drivers' championships and two manufacturers' titles.

NBM developed the Corolla S2000 alongside the Corolla Group N (P), before the team switched to running two Corolla S2000s in 2008. Despite the new equipment, Bates claimed his fourth drivers' crown and Toyota its third manufacturers' title.

Neal Bates is an integral part of the Toyota 86 Racing Series, an affordable, grassroots motorsport series based on the popular Toyota 86 coupe that is raced exclusively at selected Supercars events.

He worked with a range of specialists to develop a high-performance, low-cost mandatory race package for the series that is designed to be affordable, fast and durable.

Toyota Australia has marked the brand's return to the WRC this year by signing on as a leading sponsor of the final round, Rally Australia, which takes place around Coffs Harbour in November. 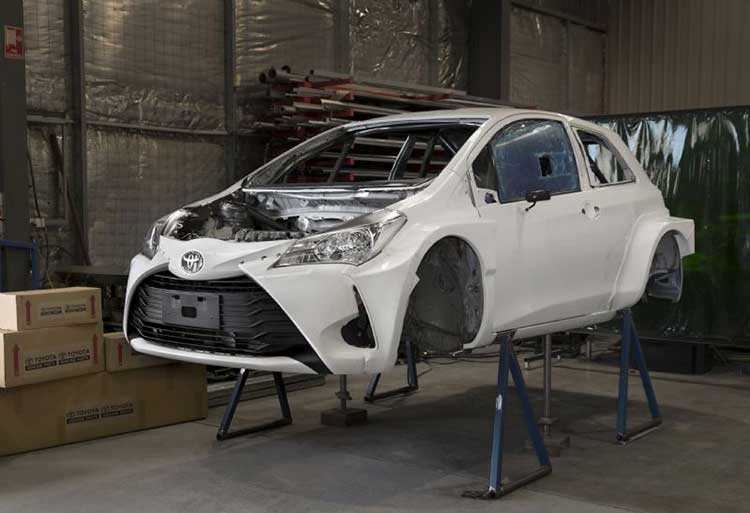