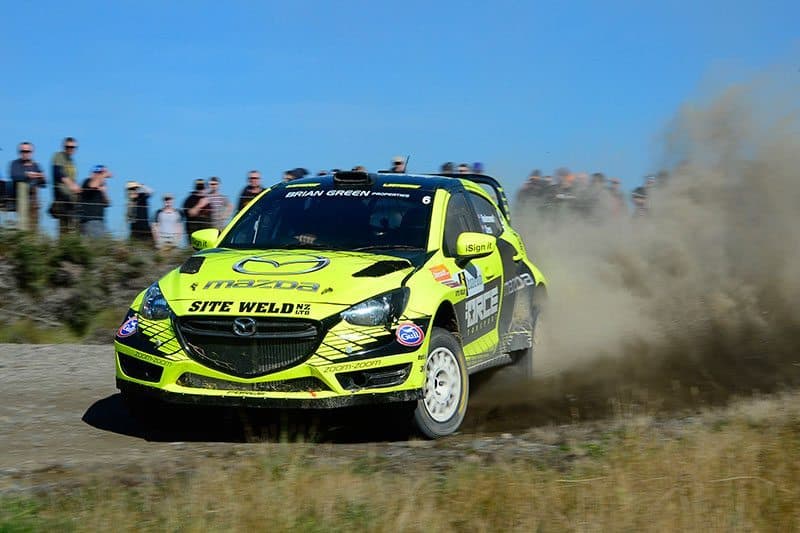 Hawkeswood and co-driver Jeff Cress currently lead the series by 10 points and with 44 points up for grabs, are in a strong position but will need to be on top of their game for the two-day event.

Regularly setting the pace across the season, the Force Motorsport built Mazda 2 AP4+ car has had a thorough going over since Rally Waitomo in October, where a head gasket issue meant fourth place was the best result able to be salvaged.

This season has seen a renewed focus for Hawkeswood, determined to net an elusive national championship title and with only one round remaining, he knows he is in the best possible position to achieve the goal.

“It’s great that the championship has come down to a three-way fight, but with a lead we’re certainly in the best possible position to take it out. I’ve been happy with my speed all season, just a couple of small issues have let us down,” says Hawkeswood.

The roads used on day one around Raglan have been made famous as part of New Zealand’s World Rally Championship round, an event Hawkeswood has contested on multiple occasions. Day two uses roads last used in 2006, meaning Hawkeswood is the only one of the championship contenders to have contested the stages.

“Certainly we know the stages pretty well, we know they’re tricky so it’ll be a case of giving them some respect, without losing any time. It will be a fine balance, but we’ll be giving it everything we’ve got.”

Rally New Zealand gets underway with a ceremonial start on The Strand in Tauranga on Friday from 5pm, with the action getting underway from Raglan the following morning. Crews will tackle six special stages totalling 146 kilometres of special stages, before returning to Tauranga overnight. The following day, crews will tackle a further six stages and 80 kilometres before the finish at ASB Baypark Stadium from 4pm.