Hunt keen to move up the points table at Rally Waitomo 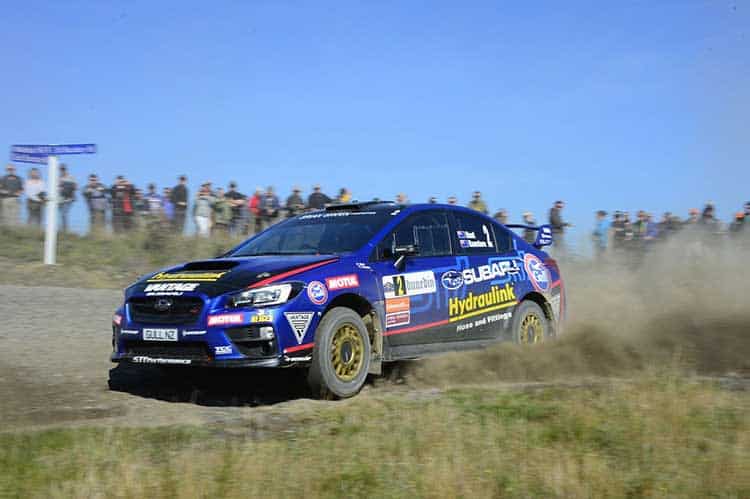 Subaru driver Ben Hunt heads into Saturday’s six-stage Handy Rentals Hamilton Rally of Waitomo third on the points table – a position he is keen to advance in this penultimate round of the 2017 Brian Green Property Group New Zealand Rally Championship.

The 2015 NZRC champion, Hunt has been consistently bagging points with two podium finishes to date and is enjoying extracting the full performance out of his Subaru WRX STi.

He and co-driver Tony Rawstorn are seeded fourth in the 81-car entry list and the long-term rally partners are looking forward to the level playing field the 207km rally represents. The event marks the NZRC’s return to the roads of the King Country and Waitomo districts for the first time in over a decade, providing a fresh challenge for the teams.

“Everyone is starting from scratch with their notes. It is awesome to be rallying on some new stages,” Hunt says.

He is confident in Rawstorn’s ability to fine-tune the supplied pace notes, after the recce, to the way he likes to drive. The pair are now in their seventh season together and the longevity of their partnership in the car means Hunt can commit with full trust to Rawstorn’s note reading.

The Hunt Motorsports team made several set-up changes after August’s Rally of Coromandel – where the Subaru WRX STi finished third overall and second in the points category – and Hunt was able to test them last weekend.

“The STi felt good in testing so hopefully that translates well to rally pace on Saturday,” Hunt says.

Subaru is currently leading the Manufacturer’s Championship standings, five points ahead of its closest rival Mazda. With Matt Summerfield sitting in second place in the NZRC in a Subaru Impreza and Hunt third, the Subaru brand is in with a solid chance of manufacturer victory if all goes well for them both at Waitomo.

Along with a number of prime spectator viewing areas through the event, the public can see the cars and drivers at the Newstead Lodge ceremonial start, running from 4.30pm on Friday at Hamilton’s Rototuna Shopping Centre.