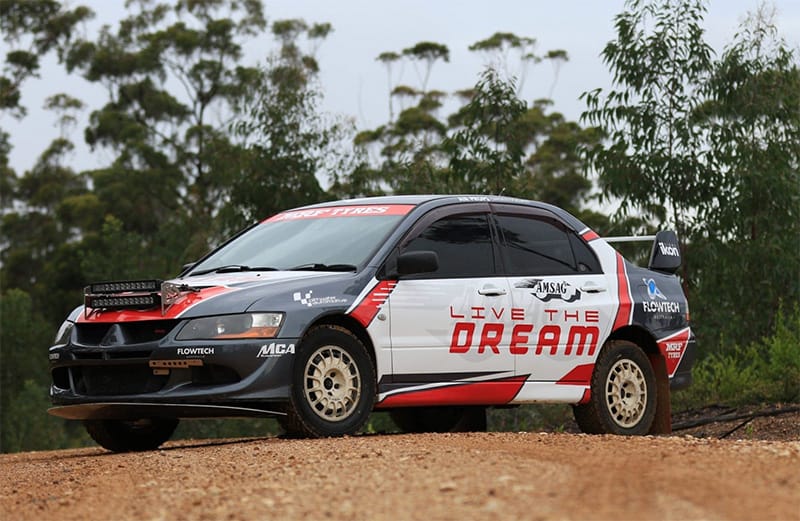 The 2018 AMSAG season provided great advances for Australia’s rally scene and the future of the motorsport community.

As the dust begins to settle on the 2018 season, AMSAG looked back on another successful year, and the continued growth of Australian rallying.

The 2018 Pipe King Southern Cross Rally Series saw 300 entries across six rounds, with an average of 50 entrants per event; second only to the New Zealand Rally Championship, with 312 entries across the season.

On top of hosting some of the most affordable and popular events of the season, AMSAG has shown continued commitment to the furthering of rallying within Australia, with the announcement of the Live The Dream competition.

Offering the most promising and passionate AMSAG members the chance at a once-in-a-lifetime opportunity to further their rally career, the prize includes a newly built, ready to rally Mitsubishi Lancer Evolution 8 rally car.

In addition, the winner receives complimentary entry into the 2019 Pipe King Southern Cross Rally Series, and ongoing competitor mentoring and support for the winner.

The finalist will be drawn from a raffle at the 2018 AMSAG presentation in February 2019.

2018 has seen great progress for AMSAG and Australian rallying as a whole. With 2019 just over the horizon, the series looks forward to building on this success as it moves into the group’s 25th anniversary year.

* The full data set of 2018 event comparisons can be found HERE.