Bruce Garland is lining up for his 20th Condo 750. Photo: Randall Kilner

“I see the website describes it as the biggest and best off-road navigational rally in NSW and I would agree with that. It’s definitely one of my all-time favourites.

It brings in competitors from all over Australia and there are plenty of reasons why: the event includes some really great roads, really technical to drive and navigate and the town gets right behind it so it’s a fantastic family event with a great atmosphere. Pretty much everyone camps at the showground so there are lots of stories and lies and beers!

Obviously it’s called the ‘Condo’, because it’s based out of the western NSW town of Condobolin, which is 450km west of Sydney. That’s one of the reasons I like it – it’s only a five or six-hour drive for me and Steve (Green, Garland’s navigator).

This is the 31st year the event has been run and I reckon I have done about 20 of them. I’ve done 17 Finkes [Finke Desert Race], so I reckon I’d be close to 20 Condos.

It was first run in 1988, and I won that as a navigator for the late Doug Stewart. I did the first two events navigating for Dougie and I’ve won it two or three times outright as a driver myself and have had multiple podiums.

I love the event, and I love that part of the country. I think it’s the start of Australia’s broad-acre farms, so it’s real outback, real ‘bush’. It’s interesting country and the locals are good people, really interesting, real Australians.

They’re going through what is being called one of the worst droughts in history but they get right behind it. Obviously the event brings a real economic bonus to the town but I think it also lifts people’s spirits.

The event itself is very high speed and technical, with rocky mountain trails and a really good variety of terrain. Everyone camps at the showground so there’s a big party there with lots of camaraderie and people helping each other.

It’s good having the bikes and cars but on two different courses. It’s probably a lot safer that way for everyone. How it works is that on Day One the bikes will do one course and the cars the other and then they swap for Day Two. We usually meet up at the same service point, so there’s a good chance to catch up with everyone. 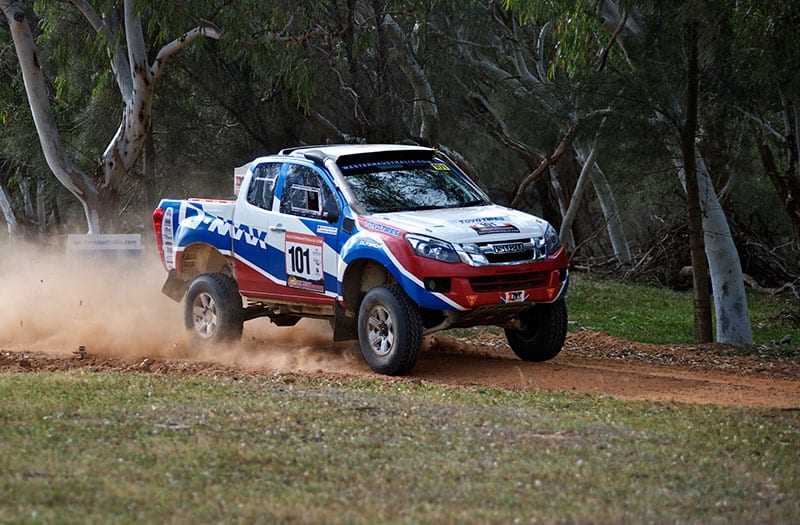 I believe there are nearly 80 entries this year, about 25 in the auto (car) class which is our sort of vehicles and the buggies, while there are 53 in the moto (bike) division, which obviously also includes all bikes, quads and motorbikes with side cars.

This is an event that attracts competitors from all over Australia because it’s such a good training ground for the bigger events. In fact, most of the support people who ran the Australian Safari came from the Condo – it was supposed to be a training rally for riders and drivers who wanted to do the Safari. Bob Carpenter started it that way and then the local club guys took over.

There’s a good bike culture out there so it’s no surprise that some of the world’s best bike riders have come out of that event and that area and gone onto bigger and better things. Because of that event, Jacob and Todd Smith have gone on to do Dakar a few times, and there are a few Safari winners who’ve won first at Condo like Jake Smith, again, and Rod Faggoter.

Obviously I’ve learned a lot of my craft out there on that event, but there are plenty of other regular cross-country racers, drivers, whose names pop up in other events like the Safari and the Finke.

John Hederics has won it a couple of times in cars and I think he’s also been a bike winner as well; Doug Stewart, as I mentioned earlier, and Kees Weel has won it too, but I think as a rider. Lots of them keep coming back every year, and then their sons come back. 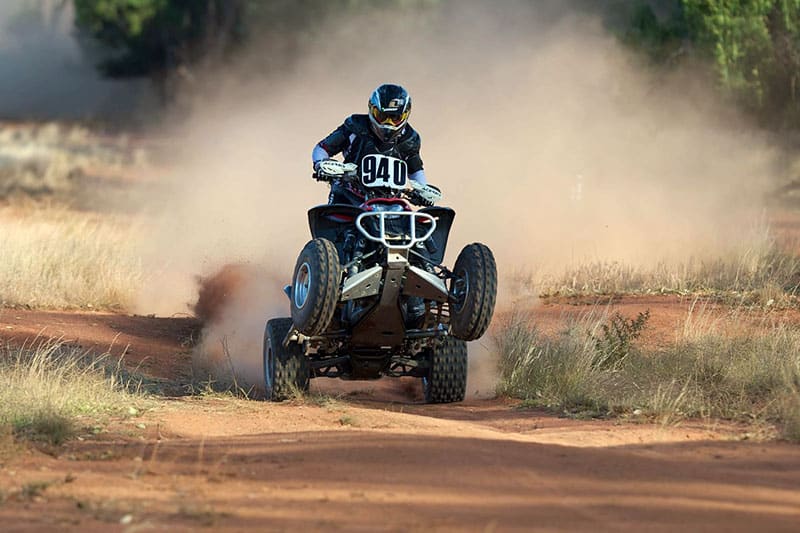 There’s a few good drivers coming back again, younger guys. Andrew Travis, who won it last year, and Dean George, who is very quick, has won it before. There are a few good dudes in the list and you have to be on the ball with them or they will run over the top of you.

Tony Quinn will have a go, but he sometimes has reliability issues with his car (Isuzu Colorado, Gen 3 V8). Having said that, if his car doesn’t break down, he is always someone to worry about.

Steve [Green, navigator] and I are running in our usual class, 5.2, which is for modified 4WD recreational vehicles 3501cc and over. We’re campaigning the trusty Isuzu D-Max, which we ran last year and came third.

This one did the 2013 Dakar and multiple Finkes as well, so you could say it has done a little bit of work! It’s been out recently in the sand dunes at Stockton beach because I’ve been helping a Thai driver who is the multiple Asian cross-country rally champion. He wants to go to Dakar so I was teaching him a few tricks.

The last off-road race I did was last year’s Condo, so I’ve been keeping my reflexes sharp with a bit of rallying – I did the Mitta Mountain Rally – as well as the rallysprint series at Eastern Creek. That’s all been in the Escort that is just a wee bit different to drive than the mighty D-Max. 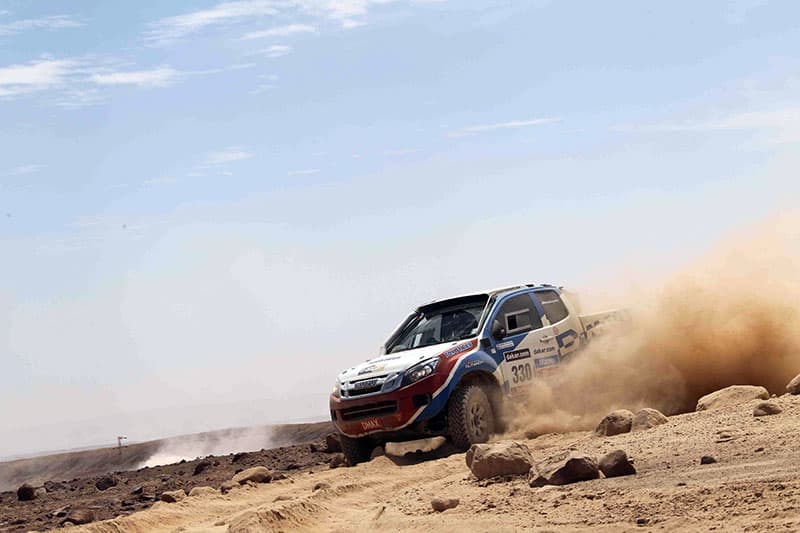 The Aussie has contested the famed Dakar Rally in his Isuzu D-Max. Photo: Willy Weyens

I have to say I am really looking forward to getting up there for the event. It really is one of my favourites. It is a good training ground for young people getting into the sport, but it’s also such a great event in its own right.

So is the Finke [NT, June long weekend] but they are very different. There’s no navigation in the Finke. It’s just straight down the rough-as-guts track and then back again, but this requires the crew to work together properly, which is the best way.

It all starts off with scrutineering of course, and then the Prologue to determine starting order, then there’s a big parade down the main street on Friday night. That’s always so much fun and you can really feel the positive energy from everyone. I think they can forget about the drought for a while.

You want to party on, but even I find that’s not such a good idea because it’s a really early start Saturday morning and a long hard day. Then you do it all over again on the Sunday.

At the moment, I’m hoping for a bit of rain out there. If we get that, the car and our Toyo Mud Terrain tyres will kick some ass!

I love the wet weather because the car works really well in the mud. We can’t pull 200kmh that some of the others do, but when it’s raining they can’t pull that sort of speed. It’s a lot harder for them.

So the speed drops and it’s a lot more technical and the diesel works a lot better in the heavy conditions than the petrol cars. You need speed and reliability and if both of those are working, you can win it.

That’s certainly what we are hoping to do, so my neighbours might see me out in the back yard doing a rain dance or two this week!”