22 year-old Manchester driver, Gus Greensmith, is M-Sport's 2019 leading WRC2 Pro driver, and already on his debut outing in this category, was the winner of the Monte Carlo Rally.

He has an established background in motorsport, and came from go-karting where he embarked on the British championship followed by the European championship.

When he was old enough to turn his attention to rallying, he planned a similar ladder of progression. 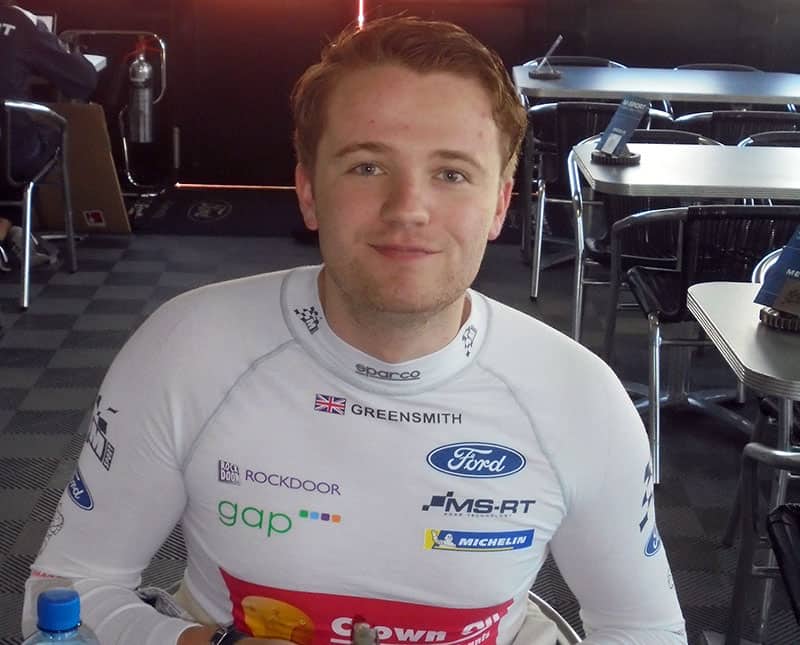 "We decided to do something similar so we headed for the British Rally Championship. Then there was a choice between the Junior ERC or the Drive DMack Trophy (WRC) and we thought the Drive DMack Fiesta Trophy was more competitive. We entered that".

Gus' rally career is interesting as after tackling the British under-age Junior 1000 single venue rally series (in a Nissan Micra), he began rallying in R1 cars.

"The Micra was basically useful in learning how to change gear! That's what we used the Junior 1000 for,” he explained. 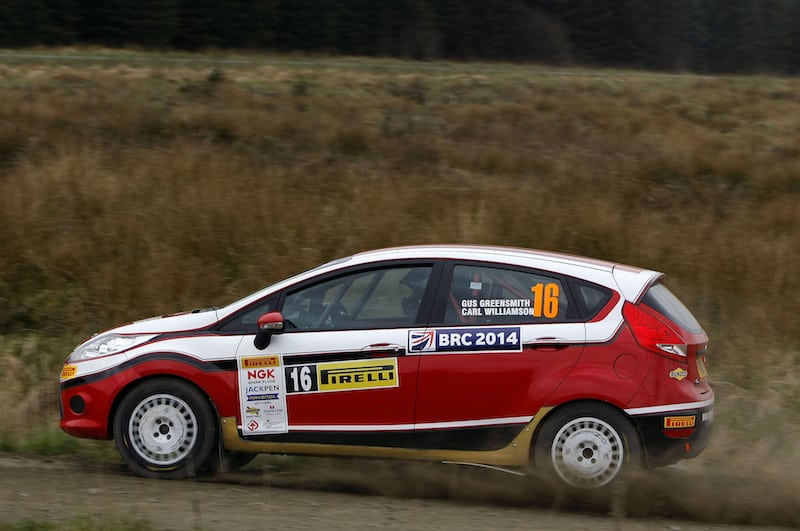 “I think we did two or three events and then once we'd done that, we started preparing for R1. Since I started rallying (in 2014), we have had three years in two-wheel drive cars, and two years in four-wheel drive cars, and now we are in the World Rally Championship. It’s not been long and its been a lot to absorb.”

“We've certainly had a good programme but we've certainly not had the extensive programmes like a lot of other drivers, so we've had to make the most out of everything we've had. A lot of drivers these days miss out R1 and go into R5 straightaway and just keep going.”

Another interesting factor about Gus' career is the range of co-drivers that he has had.

"Originally I had no idea what co-driving was about, so it was a matter of finding out and moving on. I had two lady co-drivers. The first one (Melanie Holmes) was the fiancee of my team owner. Then I was also co-driven by Katrin Becker, a German girl, was my first foreign co-driver.”

“Going with Katrin was at the suggestion of my coach but that did not work out. When you have an open mind you try anything to see if it will give you any advantage, so that's what I always do.” 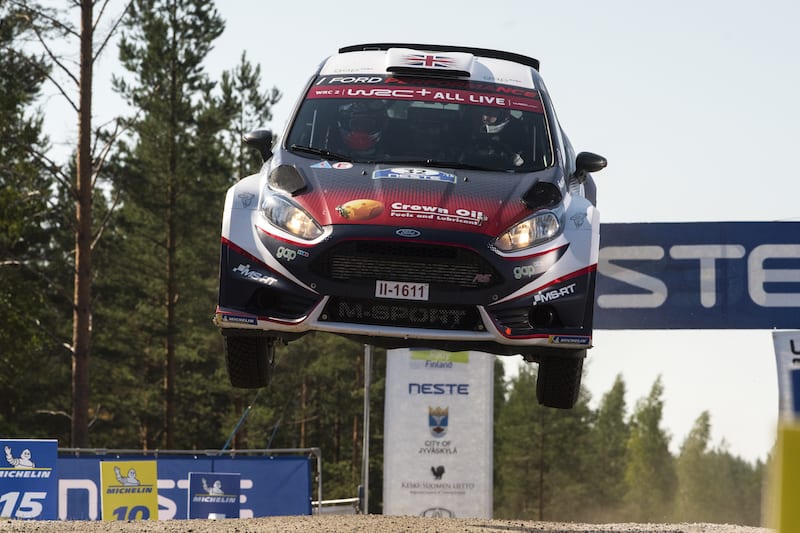 "I've been trying to develop as a person and not just as a driver. As soon as you start learning you start to do things better and be more mature. Every experience starts to work itself in.”

“Going with Alex Gelsomino, an Italian American, was a good opportunity when I was progressing, and a very good choice of co-driver. This came about when we became friends in my first year in the Drive DMack Fiesta Trophy, and at the end of the year we decided to have a year together and see how we got on. It turned out to be a great learning year for me,” Greensmith said.

Craig Parry seemed like being a perfect co-driver for the rest of Gus' career but unfortunately he and Craig had a bad crash last year in Germany.

"Unfortunately his injuries were too severe for him to come back because of the risk of getting injured again. We still keep in touch and he'll still play an important role for me in 2019.” 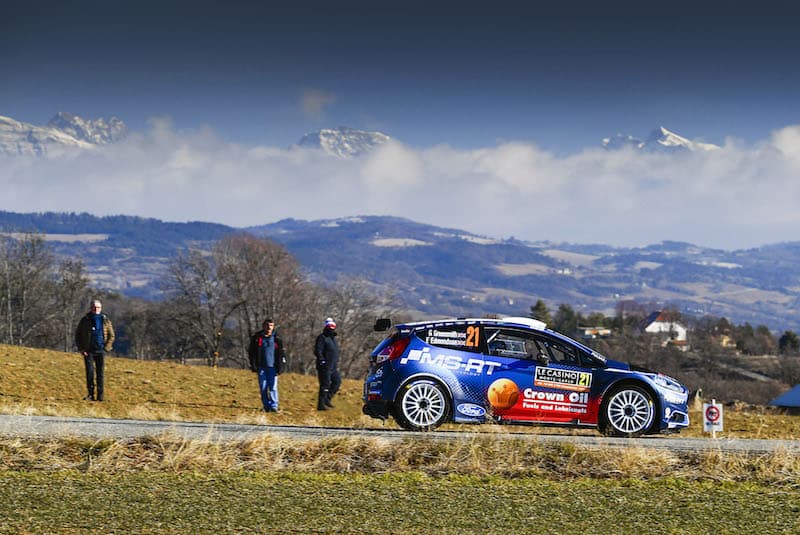 Gus Greensmith on his way to winning the WRC2 Pro category at the Rally Monte Carlo 2019. Photo: Martin Holmes Rallying

“After the accident in Germany, we had to think about looking long term, so that's why I chose Elliott (Edmondson).”

“I reckon he's probably going to be the best British co-driver in the world at some point, so I decided to make that commitment to him early and also to keep Craig in the loop. Work with Elliott is going brilliantly. Before Monte Carlo we had five days testing since we started working together, so its working really well."

Now Gus has come to the second highest level in the sport (WRC2 Pro). How does he hope things are going to progress?

"We've had two years in WRC2. The first year was just learning the rallies and learning the car. The second year we were trying to be competitive and we finished fourth in the championship, just behind the three Skodas. We had four podiums and could have had a couple of wins if it wasn't for some retirements. In 2019, we have to be aiming for the championship. We will also have three rounds in the World Rally Car in the big league, where we have to focus on doing absolutely our best for M-Sport and pushing the limits".

What has Gus found to be the most difficult part of learning the sport? 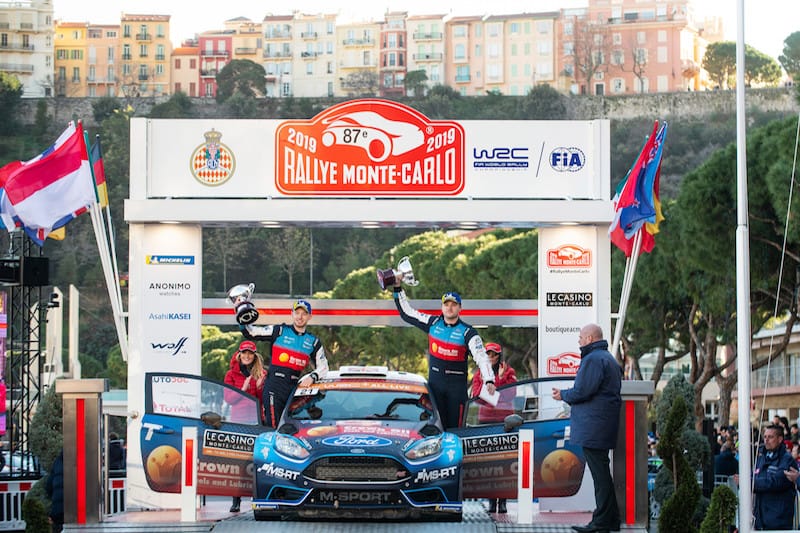 "I would probably have to say the pacenotes were a biggest thing. Coming from karting, relying on pacenotes is not natural, so I have spent a lot of time developing them. I feel that 2018 was the first year where I had a set of pacenotes I trusted 100%. As soon as that happened, the results came with it as well. So I could see that they could only continue to get better." 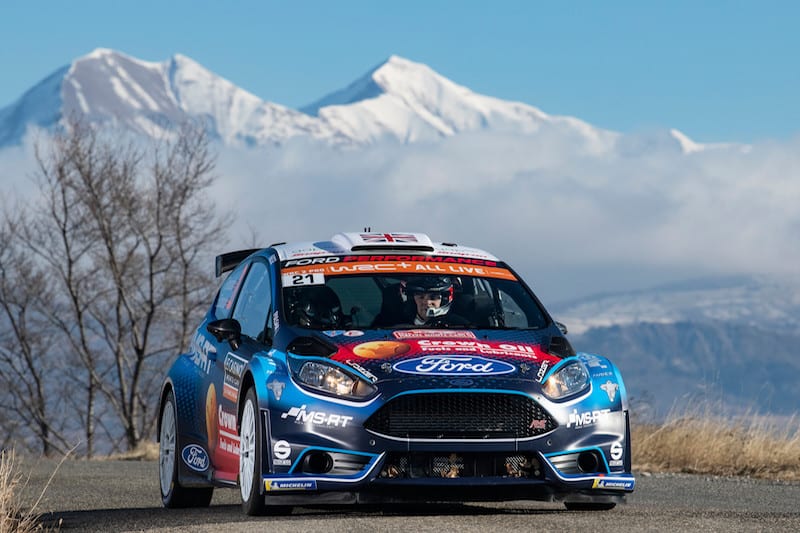 Does he feel the WRC2 Pro championship will provide a bigger opportunity than he’s had before?

“Its difficult to say at the moment because currently there are not as many manufacturers entered as were first expected. I think the idea is what everyone was hoping for. It is very good as there is quite a split between the top drivers and then drivers coming up through the ranks, but for it to work properly, it does need full backing from all the R5 manufacturers. Once that happens I think it will be very good.”

“I think the television coverage will be much better, that's for sure. But until then we're not 100% sure, but I have faith in it".