One of the surprise packets of this year's WRC, young Finnish driver Jari-Matti Latvala equalled his best-ever performance at Rally de France - Tour de Corse.  He spoke to RallySport Mag this week about his season to date and his dream of joining the BP Ford World Rally Team next season.

Yes, I am very pleased with the result because it was my best tarmac performance ever so far, but I hope I can improve myself even more on tarmac.

When we spoke this time last year, you were still unsure what 2007 would hold in store for you.  You must have been very happy to join the Stobart VK M-Sport Ford Rally Team.

It was a great moment to have a seat in the Stobart team. The team is fully professional and the cars are fast and reliable. There wouldn`t have been any better place for me to drive than at Stobart this year.

After  two retirements in the first two events, you have consistently finished in the top ten this year, and you’ve had some great battles throughout the season, including this weekend just gone where you were fighting with Petter Solberg for fourth place.  How difficult is it to remain focused when there are only a few seconds separating you with only a couple of stages of the rally to go?

It is clear that big battles increase excitement. When it is only couple of stages to go it can make you bit nervous but it is very important that you don`t think about the fight, you just have to drive as fast and as well as you can without thinking about anything else.

What do you think has been the major thing you have learnt this year?

Stay calm and learn from mistakes.


Now that Marcus Gronholm has announced his retirement,  are you a strong chance to move into the BP-Ford World Rally Team with Mikko Hirvonen? 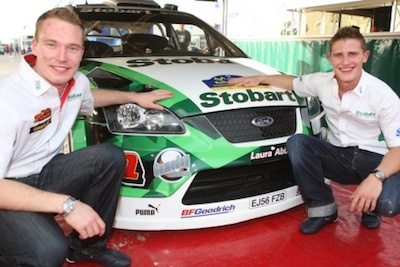 Latvala and Matthew Wilson were announced as drivers for the Stobart VK M-Sport World Rally Team earlier this year.It is a very interesting situation and of course I would like to be a team mate for Mikko next year but there are many other guys who want to get a place in the BP Ford team next year as well. Everything is still open for me but I will try to do the coming rallies as well as I can and let`s see what happens.


What has been the major difference in being part of a full works-supported team?   Are you required to do a lot more PR work than you used to, and do you enjoy this?

The major difference is that I don`t really need to do anything else other than just drive and do some PR work. There is more PR work than in the previous years but I enjoy the PR work if there is not too much for one day. 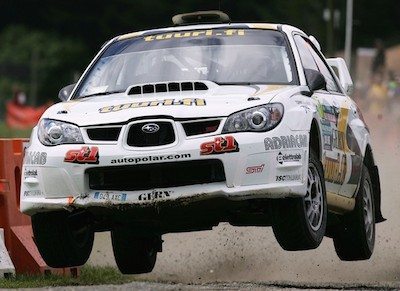 Latvala finished eighth outright in his privately-run Subaru Impreza at the 2006 Rally New Zealand. Photo: Phil Walter/Getty Images Sport Why do you think there are so many Scandinavians, and Finns in particular, who are at the top of the WRC?

In Scandinavia the roads are fast and over the crests, so there are bigger challenges. When you learn to drive fast it is easier to go slower than the other way round. In Scandinavia we have also winter rallies which gives you a chance to drive in slippery conditions. Rally sport is very popular in Finland and everyone has a passion for winning.

You’ve now finished fourth twice in the WRC (including Rally GB 2006), what do you think it will take to reach the podium?

I need to keep the same speed as in New Zealand this year but I have to learn to be cleaner in slow corners and also make right tyre choices.

With three rallies still to go in this year’s championship, do you think 16 rallies are too many each year?

For me it has been OK this year, but I would say that 14 rallies in the Championship is a good number.


What is your schedule between now and Rally Japan?

After Corsica I spent three days in Finland just for relaxing and after that I left for Japan.  In Japan I have had two days to relax and get over from jetlag and then the recce starts.

You are still only young (22 years old), and hopefully have many years of WRC rallying ahead of you.  What are your goals for the next couple of years?

I hope I could get a place in the works team for next year or at least for the 2009 season.  Next year my goal is to improve myself more as a driver and be able to fight for the podium places.

Good luck for the rest of the season!