Due to be launched in Monte Carlo on Thursday, January 19 is the new joint Fiesta WRC team run by Adapta and Jipocar, with Mads Ostberg and Martin Prokop at the wheel.

Ostberg spoke to Martin Holmes about how the team will be set up, and what he’s expecting from the season.

Mads Ostberg will be a part of a two-car team with Martin Prokop.The team is due to make its first appearance at Rally Sweden, second round of the 2017 WRC series.  This will be the first time 2017 specification World Rally Cars will appear in the hands of non-works drivers, though the FIA requires that the entry must be made in the name of the manufacturer who produced the cars.

This is a major opportunity for both Mads Ostberg, who for the past three seasons was the top scoring driver in the WRC for his teams (Citroen and then M-Sport), and for Martin Prokop, who in the past five years has achieved around 40 top 10 results on WRC events.

Both 29-year old Ostberg, who is moving from being a professional driver with a top team into competing again with an independent team, and 34-year old Prokop, who has always rallied privately, have competed in over 100 WRC events.

Mads Ostberg: “After driving in the manufacturers teams this has been challenging, involving a lot of work, but it is nice to be a part of building a new team. Our precise programme is not 100% clear yet.”

In Sweden only Mads will be starting, then for personal reasons Mads will miss Mexico, so Martin is due to run, but in principle there will be a two car team for the rest of the season.

“Details are not completely clear, but for sure we want to have two cars for the events we are doing.   When we run two team cars, Martin will mainly be the other driver.  We will only receive one car in time for Sweden and I think also for Mexico, then after Mexico we will have two cars.”

The identity of the commercial partners for the project is due to be announced shortly.

“The two cars will be run in the same team, but whether they will be in a completely similar colour scheme I don’t know,” Ostberg said. “We have some joint sponsors and some sponsors just for ourselves.  Jipocar is running the cars together, prepared near Brno in Czech Republic, at Martin’s factory.

“It is a joint venture with Adapta, but mainly a new team.  We are trying to collect together some new personnel from different areas of the rally world and trying to mix our experiences together.  Some of the people will come from Martin’s team, but no personnel will come from Dovenby (M-Sport).

“The specification of the (2017) cars will be the same as Dovenby are using.  Malcolm Wilson has promised us to have the best specification car all year, so by contract we should definitely have the same car as the Dovenby cars all year. 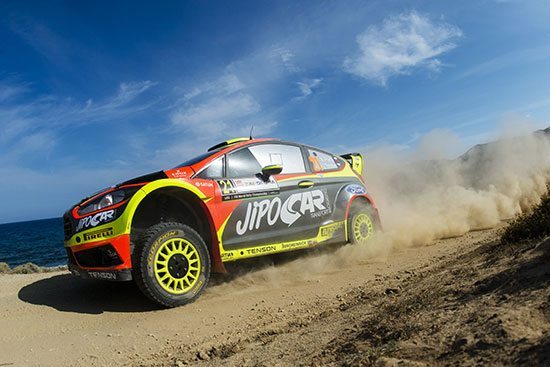 Martin Prokop has been a regular WRC top 10 finisher in a Fiesta.“We are only going to run 2017 cars.  My main focus of course is to be on the highest level and I will only do WRC events at the highest level.  The team will use Michelin tyres.  We are looking at a two-year perspective.  My sponsors deal is a two-year programme.”

Will you be helping the M-Sport team on events?

“Our idea is to do this completely on our own with our own personnel.  We will run the programme ourselves, do our own testing.

“The factory team is doing their own thing and we will have our own engineers and completely our own team to run the cars.  We will get parts and so on from M-Sport, but the preparation of the car should be separate and we will do that ourselves.

“Quirin Muller from Jipocar is going to be the manager of the team.  He has run the Jipocar Team for a long time.  He is very capable of running the team, so I think he will be managing everything.”

Did you personally have an option to stay as a works team driver at Dovenby?

“I think you will have to ask Malcolm Wilson about that, but to be honest we never talked about it.  The concept of this team started quite early last year, I don’t know the exact date, but I would say about halfway through the 2016 season.

“I have driven the car on tarmac and on gravel, but not on snow   It feels very good.  I haven’t driven it a lot and haven’t tested it, I’ve just driven the car.  But sure it is very interesting because it is a lot faster.

“What I can say is that it is extremely fast.  When we start testing for Sweden I will be capable of giving a proper feedback on the car.  Martin has also driven a car. 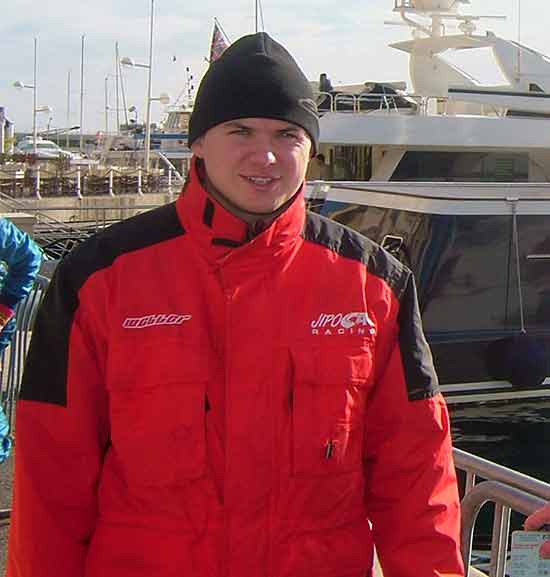 Martin Prokop.“Compared with the 2016 car there is a massive difference, especially the power and also with the geometry.  It is a completely different car.  If I just tried the new Fiesta without knowing what kind of car it is I would never guess it was a Fiesta because it is completely different from the previous ones.

“For the moment we don’t really know what kind of challenges we will have with the new car.  We don’t know if the car will be completely reliable.  With the new aerodynamics it will be a massive challenge in places like Sardinia with the rough roads and deep ruts.

“The aerodynamics will get a lot of damage and create a big, big change to the handling of the car.  The central differential won’t be new for me.  The front and the rear is mechanical, so that is pretty much what were used on the old 2-litre WRC cars at the end of 2010 when we had only active central units.”

Last year you did some experiments with your driving style. 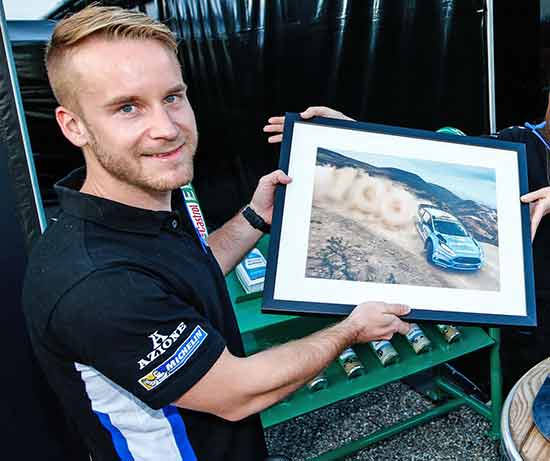 Mads Ostberg celebrates his 100th WRC start in 2016.“I learned a lot, but I was working on different things.  It’s quite difficult to pinpoint anything that was really the big thing, but it was just the beginning of the big programme that we started to get better on tarmac.

“We were working with all the basic things from lines to braking technique, corner speed and how you go on the throttle and the way you do the corners and so on.  For me it was part of a big programme.

“It will take at least a year to go through, which is why I need to do so many rallies and also to train outside the WRC.”

Are you excited with the new season?

“Yes, I’m really excited.  It is something we have been thinking about and dreaming of for a long time.  I really had good success with our small teams in the past and I want to create that feeling again.

“Obviously we are now on a different plane than we did in the past because we are creating a new team together with another current WRC driver with a very good team.

“I’m glad that I have the sponsors to really do this, and hopefully have a really enjoyable year.”