French lady Michele Mouton needs no introduction. As the most successful, and most famous, female driver of all time, Mouton is the winner of four World Rally Championship events, and finished an agonising second in the 1982 world title race.

Michele Mouton at the Otago Classic Rally in Dunedin (NZ) in 2008. Photo Peter Whitten.Born in Grasse, in France, on June 23, 1951, Mouton started her rallying career driving Renaults and Alpine Renaults, and finished second in the European Championship in 1977.  She drove Fiat Abarth 131s until 1980, when Audi signed her to partner Hannu Mikkola in the all-new Audi Quattro.She was immediately competitive and finished second in Portugal on just her second WRC start for Audi – when victories soon followed, she was quickly elevated to hero status around the world.Last month, Michele was in New Zealand to compete in the Otago Classic Rally – the first time in 24 years that she had driven in a special stage rally. RallySport Magazine’s Peter Whitten spent an enthralling hour with the charming French lady before the event got underway.

RSM: Where did your interest in cars, and in particular, rallying, come from?

MM: It was just opportunity. I never wanted to be a rally driver. I loved cars. I was driving since I was 14. My parents have a big property in the South of France producing roses and jasmine – a lot of plants with rows in between. One day I was with my friend and I wanted to move the car. We were 14, my father thought we were people stealing his car, but it was me. For me, a car always meant freedom, independence, a way of moving around. Never, never rallying.

Tell us about your introduction to rallying. Was it as a spectator, or as a competitor?
In ’72 a friend of mine and I were together, and we were entering a rock-and-roll competition. We were talking and he said “you know I am doing a rally in Corsica.” I said “oh rally, what do you do? I know you have a nice car…”

I started like that, went with him for the practicing, and when we came back he said “look, I am not happy with my co-driver. I am doing Monte Carlo next year in ‘73, will you co drive for me.”

I said yes, of course, and so I started. We did two or three rallies. I enjoyed co-driving. My driver was very easy-going and I did enjoy it. And then my father said: “If you want to continue rallying I would like you to drive, I know you like driving. Why don’t you try yourself. I will buy you a car and give you one year to see how good you are.”

I think it was just right with my character that he said “Look, I give you one year.” Or else I would have felt I was playing. Instead I took it very seriously, and decided I would try to be good enough to get some good results
My father felt he did not want to see me co-driving, but to be driving to see if I could go on in motorsport. 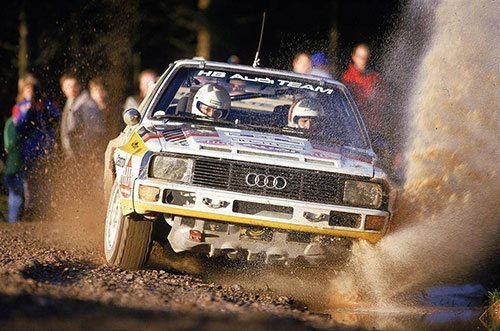 Your first rally car was a very fast car – the Renault Alpine A110.  You immediately showed a real natural ability for rallying. Did that surprise you?
You don’t realise you have a special talent for driving. You just do it – every rally you build up. First the French championship, then the European championship, and I was winning in my Group (class), Group 3.

Until I arrived in Corscia (WRC round) and again I win my Group 3 there, and my car was checked up because it was a world championship round and found to be correct for the class… the rumour before that had been ‘she is fast because she has a special engine.’

How did you make the break from private driver to semi-professional?
Then came the first offer of a big sponsor – from Elf. And then it continued when Fiat proposed me to be their driver for France in 1977, 1978 and 1979.
Then in 1980 Audi called me and asked me if I wanted to do the world championship with a brand new car, four-wheel-drive and so on. Really, I didn’t know what it was they were describing!

You don’t think about if you have talent or no talent, it just happens.

What was it like racing against men in a male dominated sport?
In my mind I never tried to beat them. I tried to be at their level, and tried not to be ridiculous – because this is also another little bit of my character. I think it is this side of me that is trying to make me go fast.  And then, as you get better you get a better car and so on…..

And then you end up at Audi. At that time I did not even speak a world of English. And you have this new car, and again you think “I do not want to be ridiculous.” And you push yourself forward again with real motivation, working hard.

You know, in France at that time, the statistic at that time when they were asking people what was an Audi, 70% of the people though it was a washing machine. It’s true! 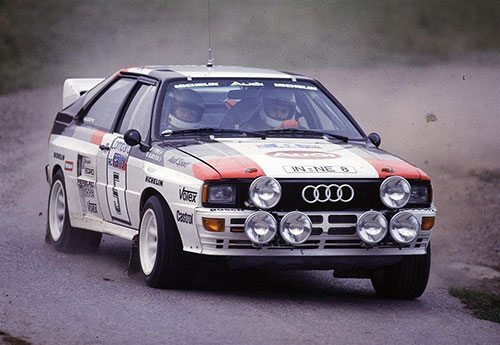 Before the Audi you drove Renaults, Fiats, Porsches and Lancias. Given the various cars you had driven, were you well prepared for the Audi Quattro?
It was completely different you know, because I was used to this rear-wheel-drive car, mid-engined usually. And then I have this 131 Fiat which was like a big truck, not a car – terrible to drive.

So I arrive with Audi and it was power steering – so easy compared to the Fiat. Then the 4WD, and that was new as well, but fantastic when you can drive it and finish so much in front of the other ones.

How did the approach to drive for Audi come about?
When they called it was a complete shock. When you are a French woman rally driver and they are phoning from Germany asking you to do the world championship, you cannot believe it. I did not know where this was going, but there was no way I could say no!

And my team mate was to be Hannu Mikkola. He was always way up there for me – one of the greats. And now we would be team mates.

And you had to recruit a co-driver to join you?
When I arrived there at Audi they said they would like to have two women in the car.
My co-driver was not very good for me at that time, so I have to change. A friend of mine, who was a journalis t, said “Look, I know there is a girl in Italy. I know she has been co-driving and even driving, and as an Italian will speak French.”

So we rang Fabrizia (Pons) and she did say yes. She had been a good driver first, but I think she realised she could be so much better. She preferred to co-drive.

I like to speak about a co-driver because you can’t speak enough about the role they have – a co-driver will not win you a rally, but they can lose it very easily. She was really fantastic! 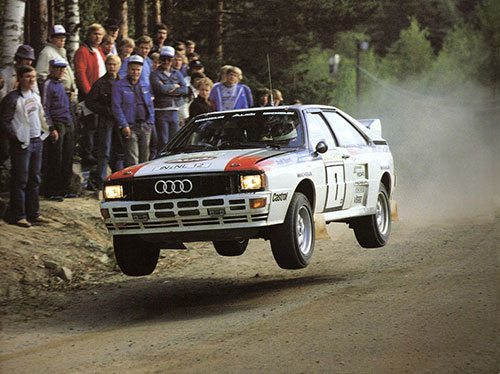 Do you remember the first time you drove the Quattro?
No, but I remember driving with a journalist in the snow. We had normal tyres on the Quattro and we were not saying anything, just driving. And then we showed them that we have no studs on the tyres. Nothing. They could not believe it! What that car could do was really a shock for everyone. What it could do was fantastic.

What was that early Quattro like to drive?
Very much understeering, which for me in the beginning was very difficult. Hannu told me to try to drive with the left foot braking which helped me a lot, and then you get used to that and you don’t think about it!

Hannu was doing everything with developing the car – I couldn’t tell them what to do. He did everything.

Hannu loves to tell that story about the time my car caught fire in Finland, and he told me to drive it into the lake to put it out!

It was great for me – it is not like today when you are in the team and you don’t speak to each other – there you are on one side with your team and your mechanics, and here am I on the other.  Our time was completely different.

Do you think that Audi thought they were recruiting a woman that would win rallies for them?
I think first they wanted some publicity, but they were following what I was doing in France, and so knew I could drive quite well. But of course at first I was there to make a bit of publicity – having a girl go fast in the car can help. 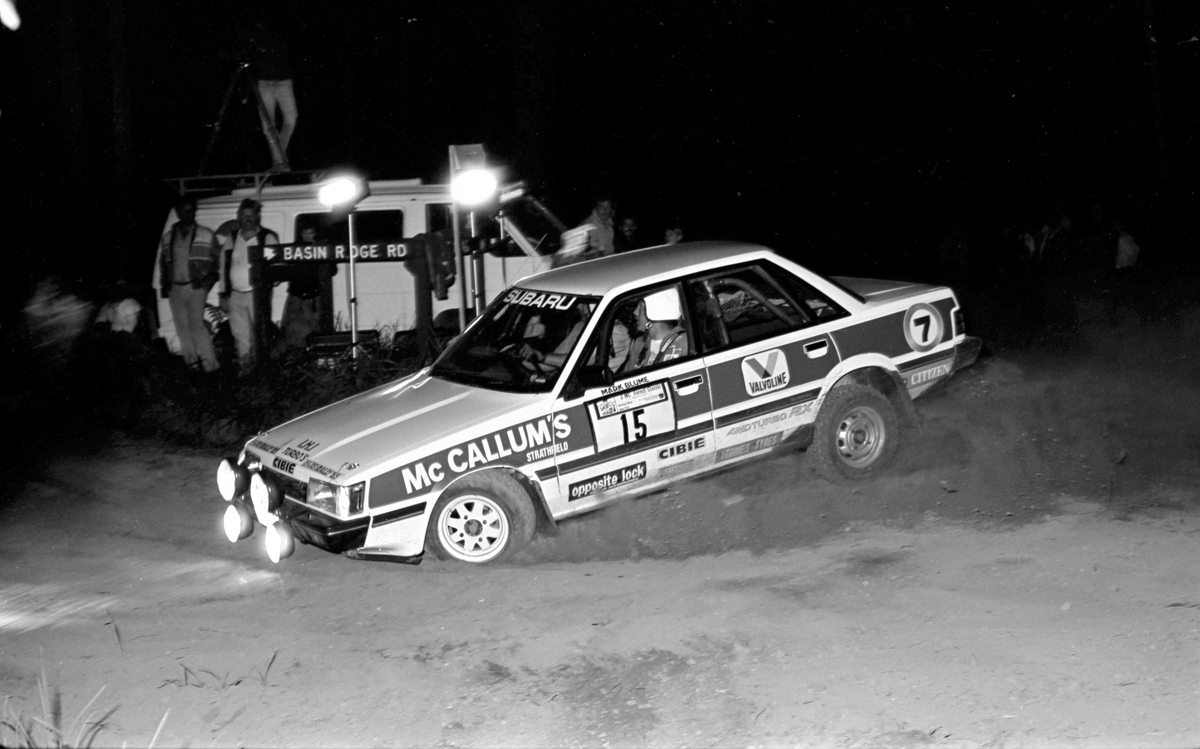 The Back Room: 8. Ed Mulligan

Former champion, Reeves, gets a new set of wheels 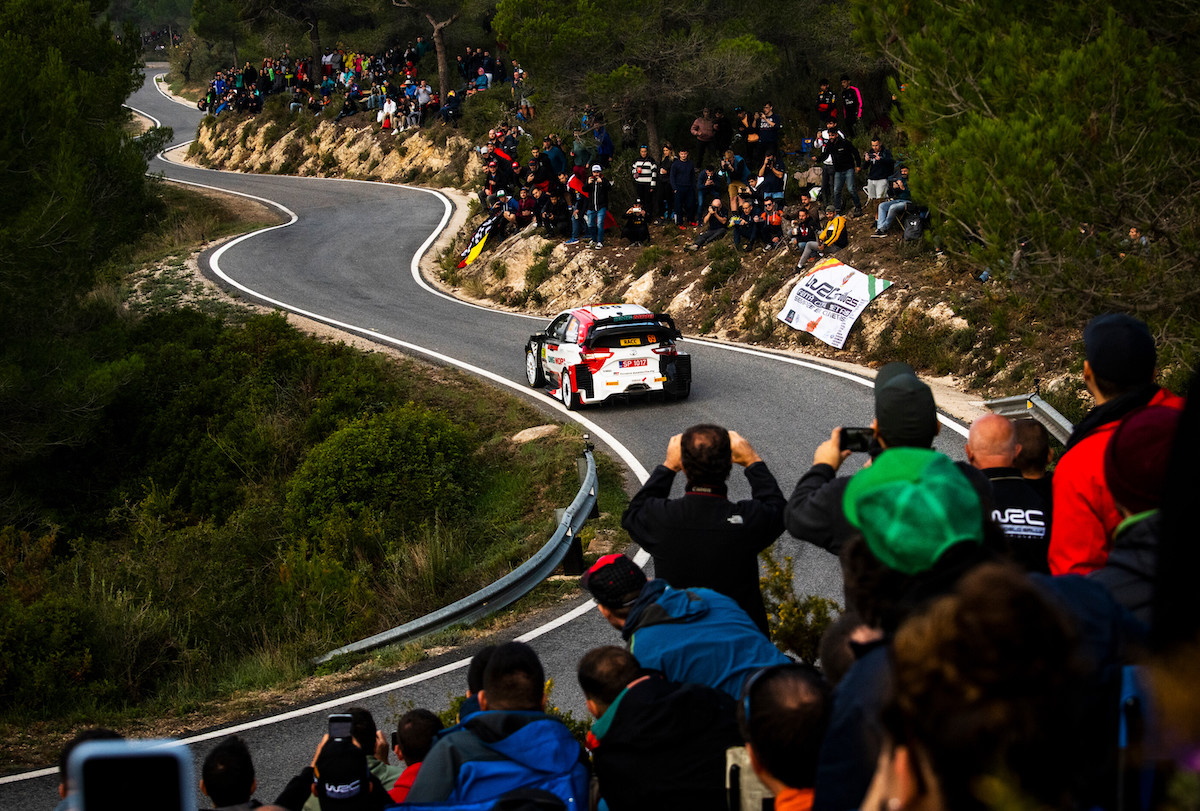 Spectators under more WRC scrutiny in 2022

Spectators under more WRC scrutiny in 2022

5 things we learnt from … Rally Catalunya

WRC to be less Euro-centric