Kopecky wins his sixth Barum Rally, ahead of Lukyanuk 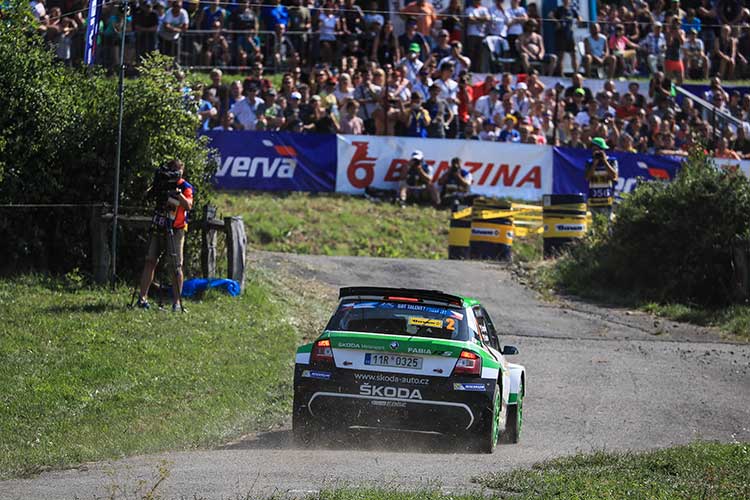 Skoda driver Jan Kopecky won his country’s premier rally, the Barum Czech Rally Zlin, for the sixth time, leading almost from start to finish after pulling away from the Fiesta R5 of Russian driver Alexey Lukyanuk.

For much of the event they were chased by the Czech Fiesta driver Vaclav Pech, who retired on the final morning with a double puncture.

In the chase for fourth place was Marijan Griebel who eventually cruised to sixth place to win the ERC Junior Under 28 category and secure the inaugural title, while the Under 27 category on the event was won by Aleks Zawada, who also won the ERC3 class.

Lukyanuk pushed Kopecky hard on the opening day before being slowed by power steering trouble, fighting against troublesome injuries which he suffered earlier in the year in a serious testing crash. 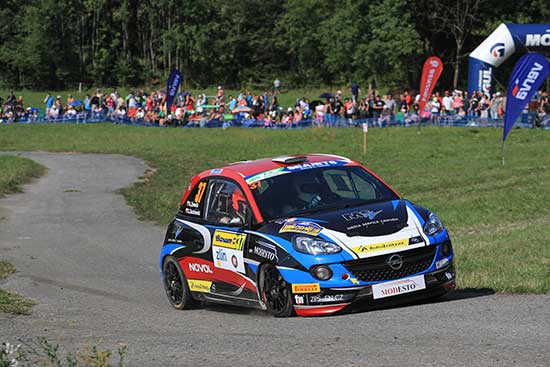 Aleks Zawada pushes hard in front of a strong crowd of spectators..

Chasing the leaders on the opening day was Bryan Bouffier, who was badly delayed with a puncture and finally finished tenth.

Porsche driver Romain Dumas was the only driver eligible in this event for the FIA’s RGT Trophy and was classified as a finisher, despite a broken engine mountain and punctures, his third win making him now unbeatable in the series.

Not a good event for the championship leaders Kajetan Kajetanowicz, who finished fifth, and second placed Bruno Magalhaes, who came ninth.

Two events remain in the series, firstly the Roma Capitale event in Italy and finally the Liepaja Rally in Latvia, formerly a winter event now rescheduled into more stable weather conditions in October.