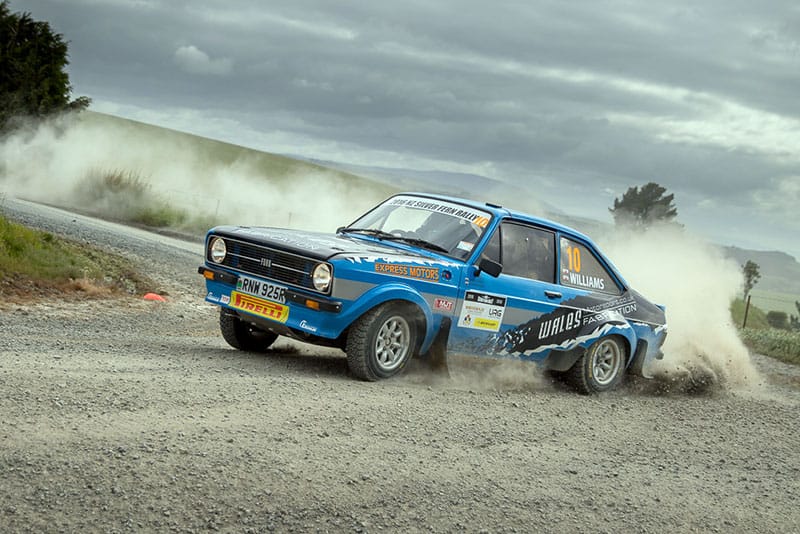 Welsh pair Meirion Evans and Lestyn Williams are back for this year’s event to defend their title. Photo: Fast Company/ProShotz

It’s NZ Silver Fern Rally time again with a field of some of the world’s best classic gravel marathon specialists now here and counting down the hours until the Saturday (Nov 24)  start in Hamilton.

Since 2006 the week-long, historic-focused, revival event has been held every two years and in 2015 was acquired by the Auckland-based Ultimate Rally Group, which also runs the annual Targa New Zealand tarmac event.

The first of the new-generation Silver Fern Rally events was organised to celebrate New Zealand’s original Silver Fern Rally held in 1969. Since then the new-era event has grown in stature and is now recognised as one of the pre-eminent long distance marathon-type events in the world.

“That’s why there are so many internationals in the field,” event organiser Peter Martin said this week. “Particularly in the UK, where there is so much interest in the longer events, the two ‘must-do’ marathon rallies all the historic guys want to do are the East African Safari Rally, and the NZ Silver Fern.”

After heading south for a Christchurch-to-Christchurch event in 2016, this year’s Silver Fern returns to the North Island, starting in Hamilton this Saturday and after almost 1,300km of gravel special stages will end in Rotorua eight days later on Saturday December 01. 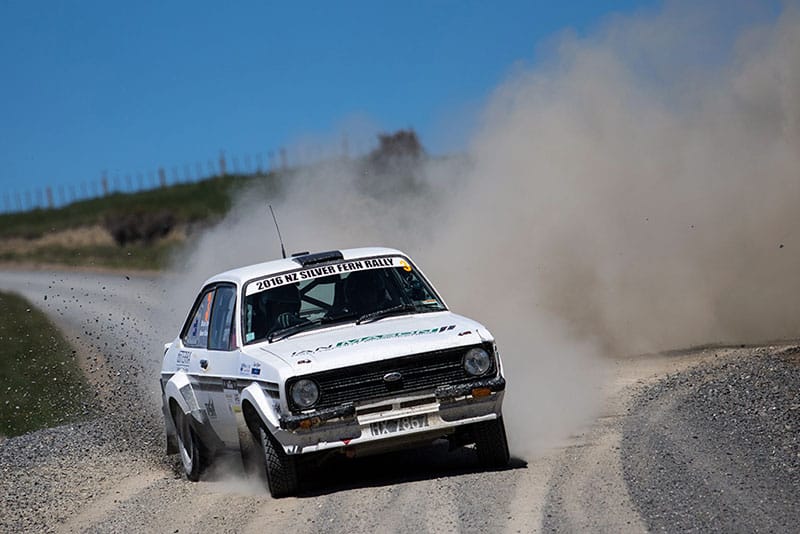 Husband and wife Brian and Anne Stokes have entered in their Escort RS1800. Photo: Fast Company/ProShotz

In between are overnight stops in New Plymouth, Ohakune, Palmerston North, Havelock North and Gisborne, and included are some of New Zealand rallying’s most iconic roads.

The Ford Escort is by far the most popular single model entered with 19 of the 31 pairings using either MK 1 or Mk 11 models.

Australian father and son John and David Hills have also shipped their matching Mk 11 RS 1800s across the Tasman to compete.

All-up this year’s NZ Silver Fern Rally has attracted 31 entries, 23 in the Historic Trophy section and eight in the Rally Challenge one for newer or modified older cars.