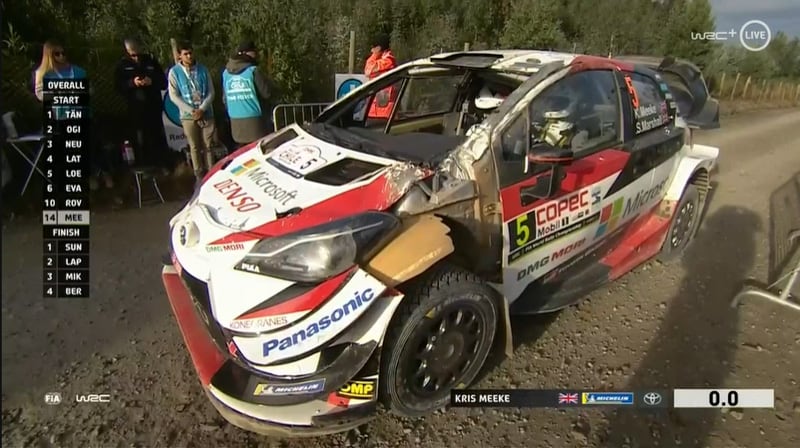 Kris Meeke was penalised one minute by the Stewards at Copec Rally Chile for reportedly working on his car in a control area.

This came after his earlier roll, and was between the arrival control and the stage start.

The penalty had the effect of relegating him for eighth position to tenth, and promoting the WRC2 Pro cars of Kalle Rovanpera and Mads Ostberg to eight and ninth places respectively.

He and his co-driver, Sebastian Marshall, removed the smashed windscreen, so they could then drive stages 8 and 9 safely, with no screen.

The Stewards said the problem should have been fixed on the road section before arriving at the stage. No change in Manufacturer championship points are involved.

Extremely frustrated to have been handed 1min penalty for trying to keep myself, Seb & spectators safe. We tried to keep the screen in but it started to collapse and break-up in the time control, we had no option but remove it for everyone’s safety, I don’t understand the penalty pic.twitter.com/X2bNEAzvLy