Hyundai driver, Andreas Mikkelsen, will do anything he can to help his teammate win the drivers’ championship this weekend.

The Norwegian has won Rally Australia once before (2016), and was leading in 2017 before a double puncture forced his retirement.

“I think for me it’s quite an easy position to be in - I just have to go as fast as I can,” Mikkelsen said after the shakedown stage. 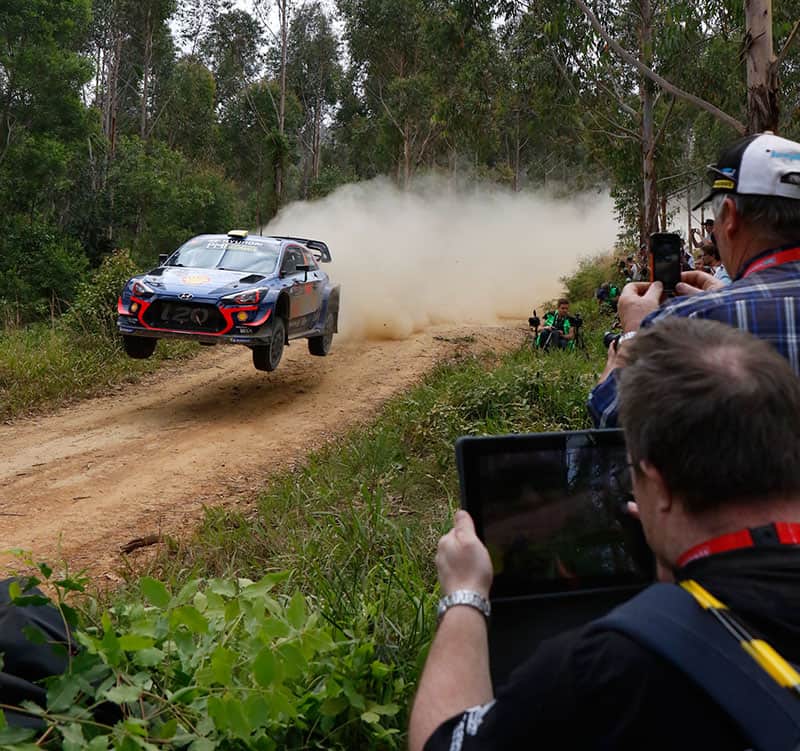 Andreas Mikkelsen jumps his i20 at shakedown. Photo: Peter Whitten

He does, however, have confidence for a good result himself heading into a rally he enjoys.

“It’s a rally that I like. I feel comfortable on these types of roads and road surfaces,” he added.

Mikkelsen is sixth in the championship, and has not finished on the podium since Sweden after suffering with set-up issues throughout the season.

“We did some set-up changes (on shakedown) and things just got better and better.”

After a sub-par first pass, he rose to second overall after five runs on the five kilometre stage.

“It’s a unique event. The nature of the stages are really really beautiful. You have to be very committed

“It’s always a pleasure to come here,” he concluded.