Rally competitors can still grab the opportunity to compete alongside the best rally teams in Australia and the Asia-Pacific with entries to the Mike Bell Trophy multi-club event extended until May 23.

The multi-club event will run over the first three sections of the Netier National Capital Rally, starting on Saturday morning with the Asia-Pacific Rally Championship (APRC) and Australian Rally Championship (ARC) fields and concluding at lunchtime on Sunday. Entrants to the Mike Bell Trophy will cover more than 180 competitive kilometres on some of the best rally roads Canberra has to offer, all within close proximity to the new Pialligo Estate Service Park. The Mike Bell Trophy will host round two of the Tech Workz ACT Regional Rally Series. Round one took place on March 24 at the Wedding Bells Rallysprint, with Michael Harding and James Thorburn taking the outright honours. 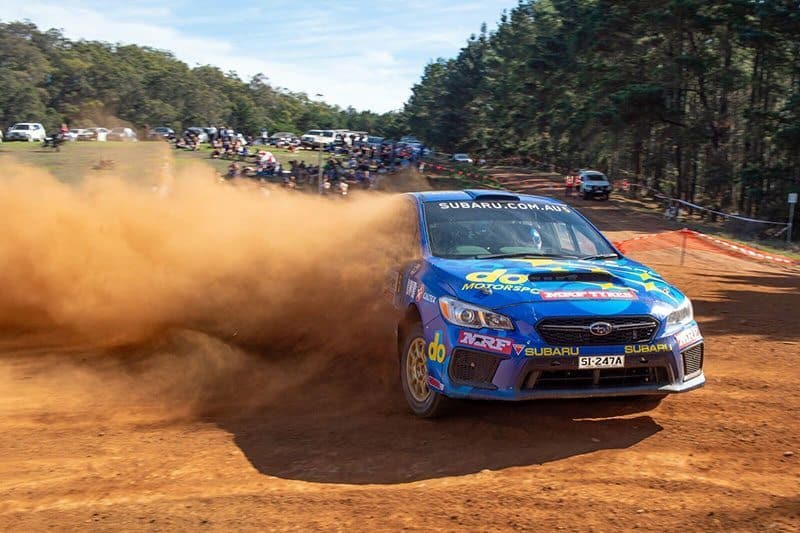 Grab the opportunity to compete alongside the best rally teams in Australia at the National Capital Rally.

The Mike Bell Trophy will be presented to the first outright driver and co-driver, combining total event time over both days. Awards will also be given to second and third outright, as well as first place classic driver and co-driver. ACT Rally Series awards are also up for grabs for outright, Gold Cup, Silver Cup, Clubman and Novice classes. The Mike Bell Trophy event is named after one of Australian rallying’s most loved competitors and administrators, who passed away in February 2014. Bell was a competitor in the 1970s and 1980s and went on to become a director of many events including the ARC Rally of Canberra and Asia Pacific events. He was responsible for introducing many innovations into rallying and mentored many of the current senior event officials – his passion for the sport at all levels and his guidance to drivers, administrators and volunteers kept the sport of rallying moving forward. Enter the Mike Bell Trophy multi-club event HERE.