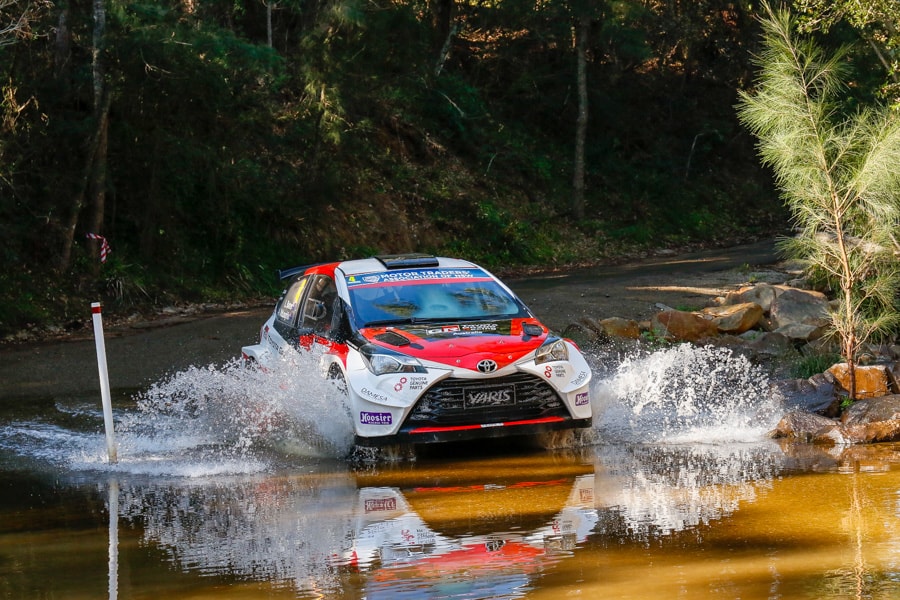 Next month’s Narooma Forest Rally nearly had the added bonus of a factory Toyota Yaris AP4 on the entry list – until Coronavirus intervened.

After a solid second place at the Rally of the Bay in early July, Lewis Bates had been given the all clear by the Toyota team to get some more competitive miles under his belt.

The younger of the Bates brothers was keen for more on-event practice before the Australian Rally Championship resumes in late September.

“With everything going on currently, it was getting more difficult for Anthony to come down for the event.”

Co-driver Anthony McLoughlin is Queensland based, so crossing borders and negotiating government restrictions was going to be a challenge. 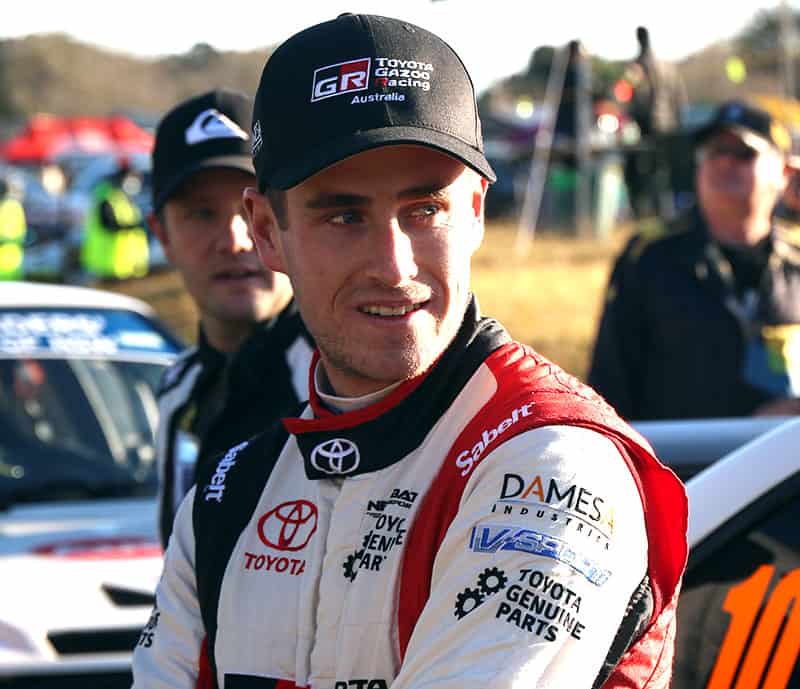 Lewis Bates had hoped to contest the Narooma Forest Rally.

“We will look at some other options for some more seat time closer to Canberra, but we will have to wait and see.

“It’s awesome to see Dad and Coral on the entry list though,” he added.

Bates’ father, Neal, will again team with Coral Taylor at Narooma, driving the Toyota Celica RA40 that they have used so successfully over recent years.

The Narooma Forest Rally will run on the south coast of NSW on August 1, and is the opening round of the 2020 NSW Clubman Rally Series.

Bates, Higgs at the front of Narooma field