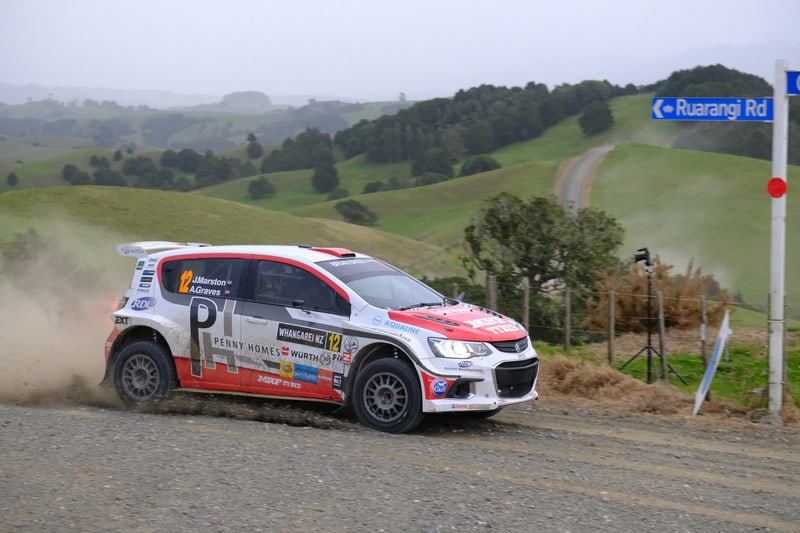 Some key changes to the International Rally of Whangarei are set to make the 2019 edition the best event yet.

Organisers have given a facelift to the famous Pohe Island Super Special Stage that will once again act as the Friday night spectator-friendly start in central Whangarei. An additional loop and spectacular jump in front of the hospitality area will give fans the best viewing at Pohe Island in the event’s history.

International Rally of Whangarei will once again be based at the Northland Events Centre (formally named Toll Stadium). The rally will start on the Friday night with the picturesque Te Matau a Pohe Bridge serving as the official start before the revised Pohe Island Super Special Stage.

On Saturday the rally heads north with a couple of new stages added for 2019. The Marlow and Crows Nest tests will see a combination of roads used in previous years while a remote refuel will take place at the start of Crows Nest.

Sunday’s stages are to the south of Whangarei but will be run in reverse direction this year to provide a new challenge for drivers. The finish is again at the popular Whangarei Town Basin.

“We are excited by the changes for the 2019 version of International Rally of Whangarei,” event chairman Willard Martin said.

“The Pohe Island stage is always popular but this year fans will get to see more of the cars competing up close and the new jump will be spectacular.

“The rally is based just three minutes from the great cafes and restaurants at the Town Basin and 8km from Whangarei Airport.

“International visitors may prefer the easy three-hour drive north from Auckland International Airport and we recommend staying at our official event hotel, The Distinction Hotel, opposite the Town Basin. Teams can contact the secretariat to make bookings.”

The revamped Asia Pacific Rally Championship will provide a huge opportunity for Kiwi drivers. Previously drivers would need to compete in six different countries in order to be crowned champion – an expensive and logistically-challenging prospect.

But this year competitors need only to compete in two of the eight qualifying rounds. Two of those are the opening two rounds of the Brian Green Property Group New Zealand Rally Championship – Otago and Whangarei.

Contesting both rallies will qualify them to enter the FIA APRC Final which will be held October 26-27 at Longyou, China.

Competitors will need to register just once with the FIA to be eligible for APRC Cups points and awards. They will need an FIA compliant car for the championship.

Irish driver Frank Kelly is a confirmed starter for the event in his ‘Baby Blue’ Ford Escort and will bring some exciting driving, good banter and plenty of media attention and fans while former WRC star Hayden Paddon will also compete in his Hyundai i20 AP4+.

A clubman’s category, similar to that used at Otago, will also be a feature of the 2019 event, with organisers currently promoting early bird payment discounts for this category.