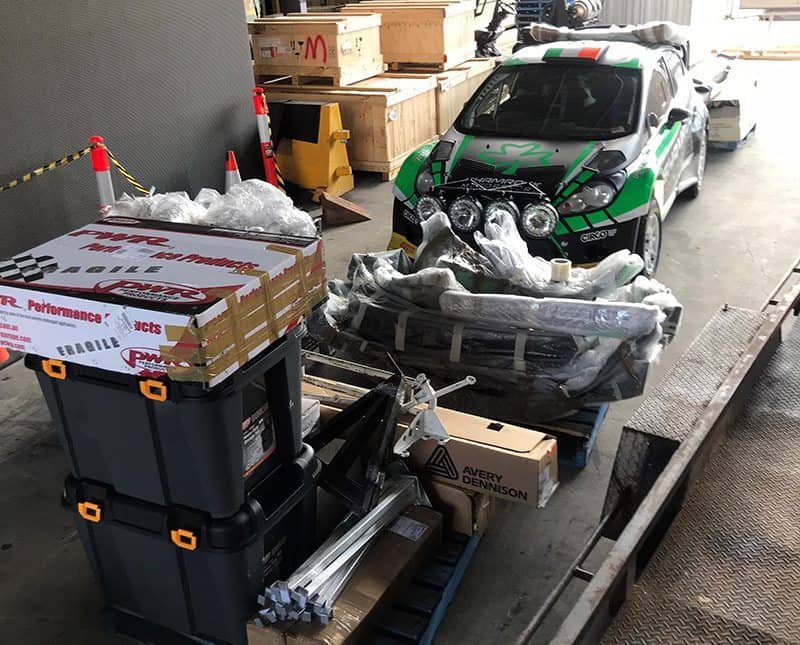 Richie Dalton's Fiesta sitting on the dock ready to be shipped to the Otago Rally.

Richie Dalton’s Ford Fiesta Proto is on its way to New Zealand for the first round of the NZ Rally Championship, the Otago Rally (April 13-15).

Dalton tested the car last week at a tarmac rallysprint in Sydney, and despite blowing a turbo, the Irishman is thrilled with the performance of the car.

“We blew a turbo at the rallysprint, but put the spare on and it transformed the car,” he told RallySport Magazine.

“The car is heaps sharper. 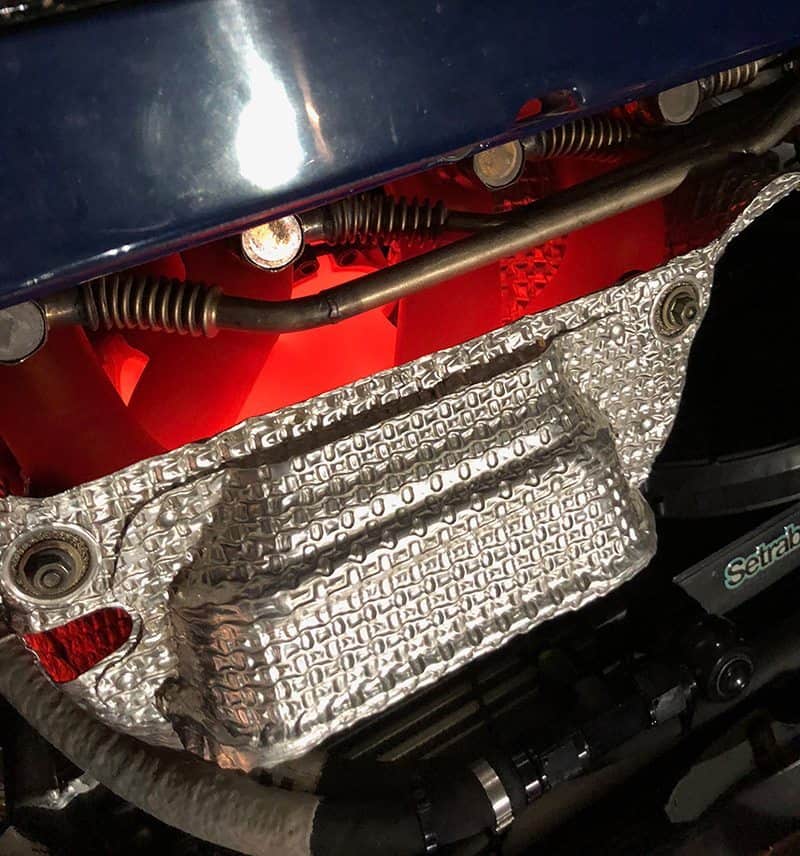 “We think we had a faulty turbo. It could have been related to an oil issue in the billet block and was not getting the oil through to the turbo oil feeder.

Dalton is part of star-studded field for the Otago Rally that also includes WRC star Hayden Paddon in a Hyundai i20 AP4+, and popular Norwegian Mads Ostberg, who’ll drive a Ford Escort RS1800 in the Classic Rally.

Dalton and co-driver John Allen will contest all rounds of the 2018 New Zealand Rally Championship.