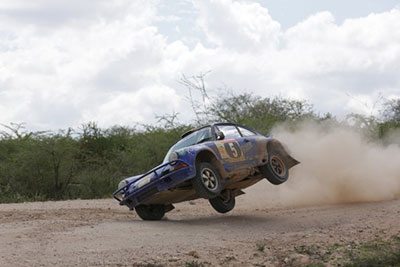 “A second Tuthill Porsche is exciting enough: driven by a former World Rally champion makes it doubly special. Stig showed great pace on last year’s Safari Classic Rally, finishing second overall for Tuthill Porsche after losing the lead due to a puncture on the very last stage. We’re looking forward to supporting the original Stig – a seven-time Swedish Rally winner - over 800 kilometres of stages through the spectacular Mpumalanga District.

“Of course, you don’t have to be a former WRC winner to experience South Africa,” notes Richard Tuthill. “Our cars are built from scratch to please old hands and new boys alike. A virtual novice recently finished fourth overall on the Sydney-London Marathon Rally in a Tuthill 911, such is the confidence inspired by our cars.”