Citroën factory driver Mads Østberg has squeezed out a slender lead after the opening daytime stages at Kennards Hire Rally Australia, the deciding round of the FIA World Rally Championship on the New South Wales Coffs Coast today.

Østberg returned to the service park before the early-evening Destination NSW Super Special Stage with a 6.2s lead over Toyota’s hard-charging Jari-Matti Latvala after six tests on the hinterland shire and forest roads.

Kiwi Hyundai team driver Hayden Paddon dialled himself into the action steadily, to finish the daytime runs handily placed in fourth, 9.7s back. 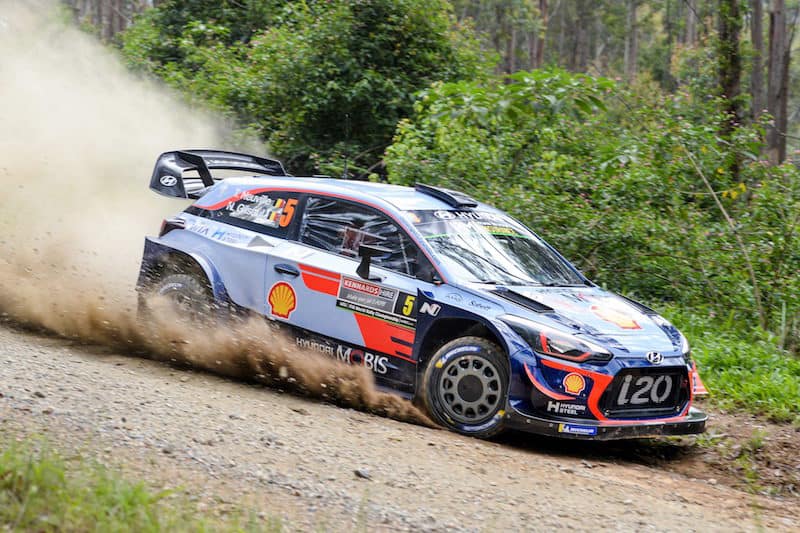 Tänak continues to fare best in fifth, with Ogier seventh and Neuville 10th.

Neuville encountered a late problem when he shredded a left-rear tyre after a jump and lost 40s to Ogier on special stage five, the second run through Coldwater.

Misfortune also hit Tänak on the same stage, the 31-year-old Estonian losing the nose of his Toyota at a water splash.

The opening day concludes with two runs over the 1.27km Destination NSW Super Special stage on the Coffs Harbour foreshore. 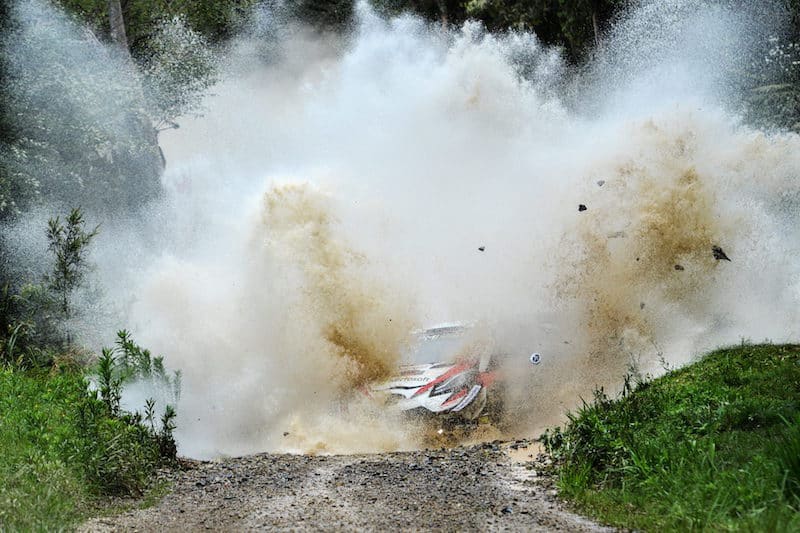 Esapekka Lappi had trouble at one of the water crossings in the Coldwater. Photo: Bruce Thomas

Crews face their longest day of the event tomorrow, 133kms of gravel racing over 10 stages. The itinerary features live television broadcasts in Australia on Fox Sports Australia and 7mate, plus globally, of the Argents Hill stage at 7.08am and 12.08pm.

In the CAMS Australian Rally Championship final, Toyota Gazoo driver, Harry Bates, won the first day and closed the gap in the standings to leader Eli Evans, who retired with a broken radiator. Evans is expected to resume the contest tomorrow.