Australian rallying has received a big boost, with news that Hayden Paddon is to contest August's Eureka Rush Rally in Ballarat. Paddon will drive the Hyundai i20 R5 that was recently purchased by Tasmania's Walkem Motorsport, for brothers Marcus and Scott Walkem. The Eureka Rush is the second of Australia's rounds of the Asia Pacific Rally Championship's Pacific Cup, which Paddon currently leads after dominant victories in NZ's Otago and Whangarei rallies. 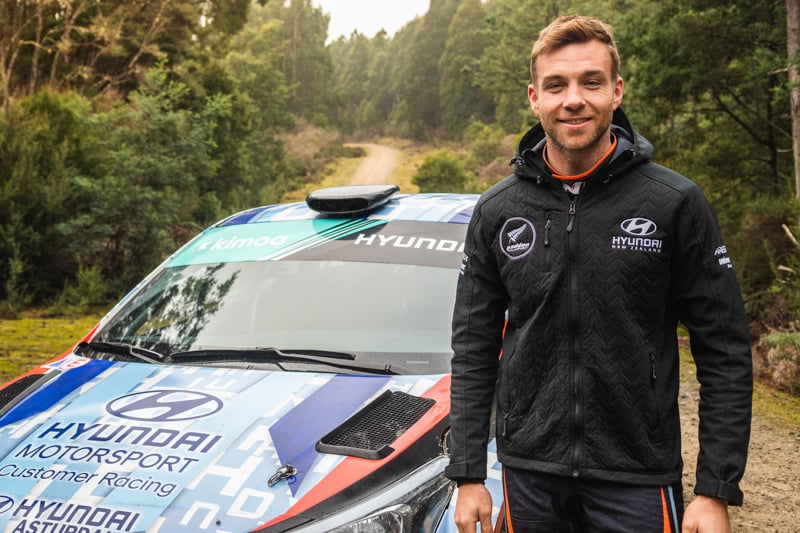 Hayden Paddon was impressed with the performance of the i20 R5. Photo: Wishart Media

The New Zealander spent yesterday (Thursday) testing the car in Tasmania, and found some interesting comparisons between the Hyundai Motorsport-built i20 R5, and his own Hyundai New Zealand-built i20 AP4 car.

"The R5 is a nice car to drive, and has some strengths and some weaknesses compared to AP4," Paddon told RallySport Magazine.

"Generally it's an easy and balanced car to drive, and while there are differences between AP4 and R5, there are also a lot of similarities. "It was great to work with Marcus Walkem and see how he adapted to the car quickly, and it will be great to see him soon competing in it," he added. 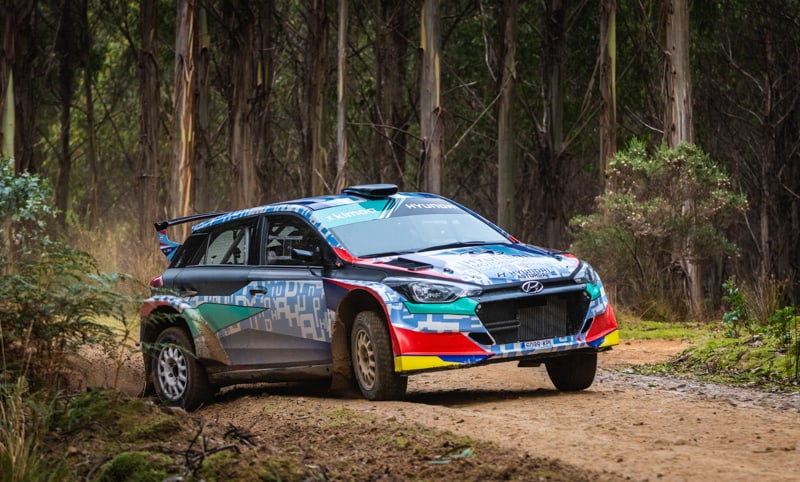 The Victorian event will be Paddon's first event in the i20 R5 on gravel. In 2017 he contested two tarmac rallies in a similar R5 car, one in France and the other in Italy. The entry list for the Eureka Rush is shaping up to be a ripper, with confirmation that another Kiwi, Jack Hawkeswood, will also compete in his Mazda 2 AP4. With the rally also a round of the Australian Rally Championship, the entry list will also include the two factory Toyota Australia Yaris AP4s of Harry and Lewis Bates, Molly Taylor's works Subaru WRX, Luke Anear's new Ford Fiesta R5, the Ford Fiesta Proto of Richie Dalton, and John O'Dowd in a Skoda Fabia R5. 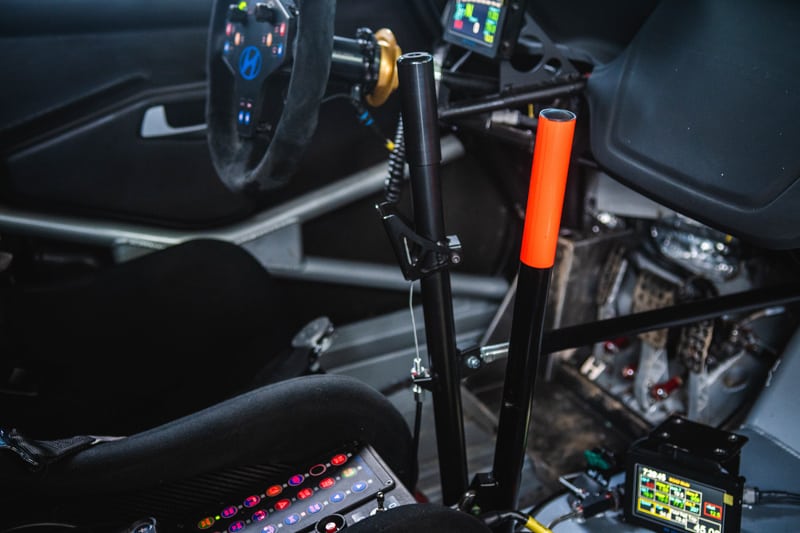 The cockpit of the Hyundai i20 R5 is all business. Photo: Wishart Media

The rally, to be run as a sprint event on Sunday, August 25th, will start with a super special stage in Ballarat on the Saturday night. Paddon's entry will be his second in Australia outside Rally Australia, and possibly his only Australian event this year. He previously contested Rally Queensland in a Mitsubishi Lancer Evo in 2009. 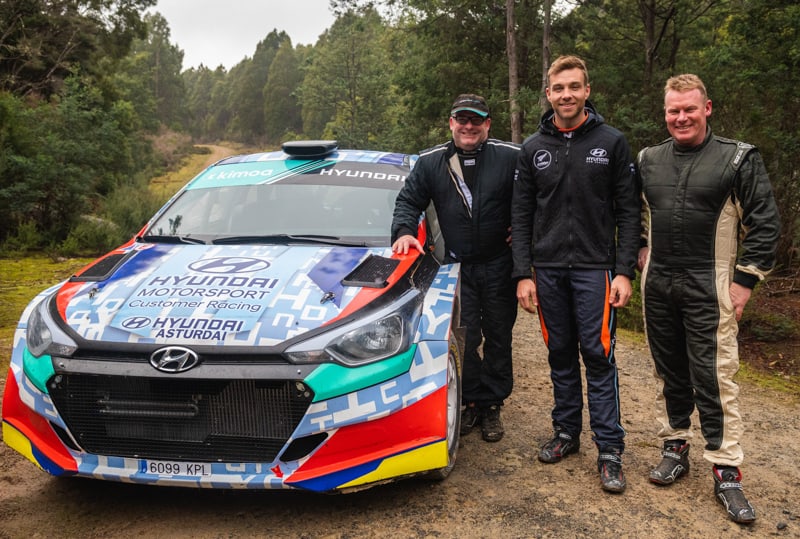 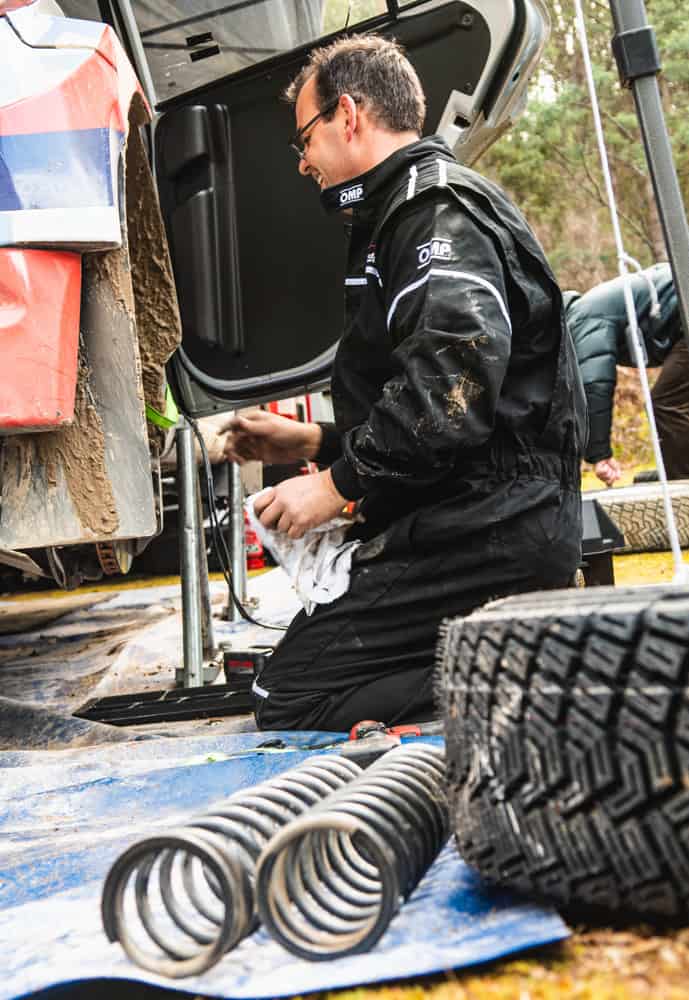 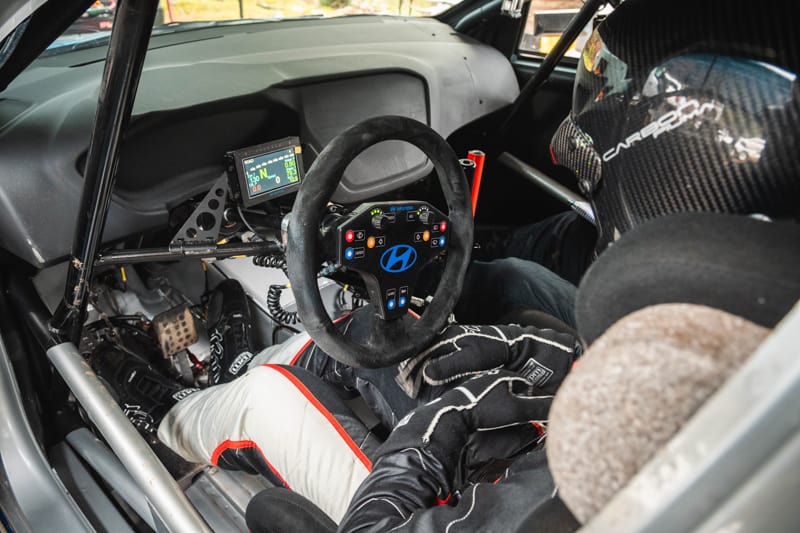 Brendan Reeves also took the wheel of the i20 R5 during the day. Photo: Wishart Media

Hayden Paddon puts the i20 R5 through its paces in Tasmania. Photo: Wishart Media