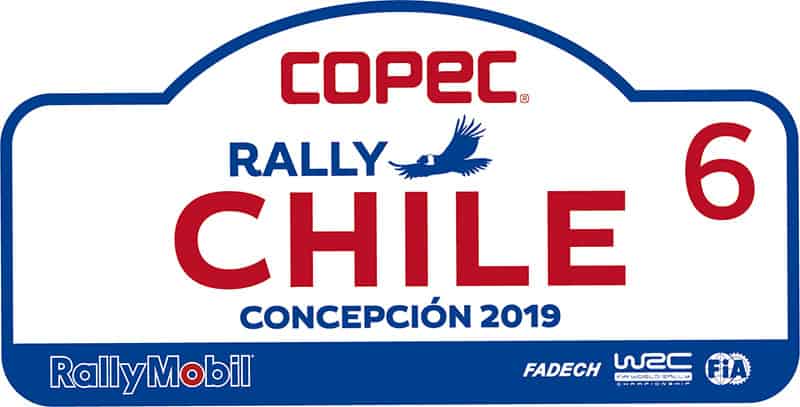 The sixth round of the 2019 World Rally Championship will be the Copec Rally Chile, in the first country to enter the WRC since Bulgaria in 2010.

The stages are being run on smooth gravel roads in the Copec forests to the south and south east of Concepcion, the third largest city in the country, in the centre of the Biobio region, about 500km south of the capital Santiago.

The event is being held two weeks after Rally Argentina on the other side of the Andes mountain range, with special rules aimed at cost limitation requiring teams to use the same cars on both events – if they finish the first event.

It seems that Chile will be a much smoother event than its counterpart. Originally it was planned for Chile to be run first.

The three-day route was orthodox for a WRC event, with start, overnight halts and finish with servicing outside the headquarters in north Concepcion with one superspecial on the Friday evening eight kilometres away in the south end of Concepcion.

There are midday servicing halts on Friday and Saturday. The whole route does not travel further than 75km from Concepcion. 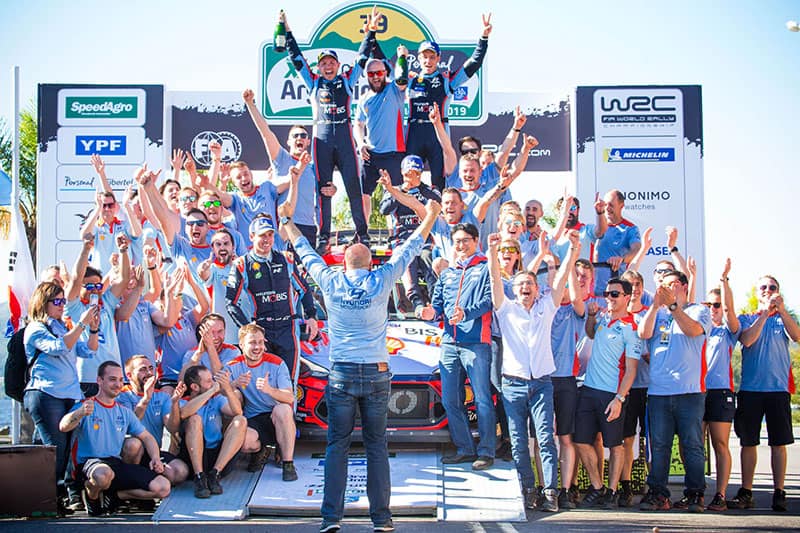 Hyundai are in fine form, after finishing first and second in Argentina.

Three of the stages are the same as used on the Candidate rally, run in 2018 on which none of the international drivers took part.

The 63 entries accepted for Rally Chile (10-12 May) is the greatest number for a long-haul WRC rally for 11 years, since Rally Japan in 2008, testimony to the 20 year sponsorship of Chilean rallying by the Rally Mobil promoters and their long time planning for this event.

All except one car was fully homologated by the FIA.

WRC team were given the chance for immediate preparation to be carried out in Villa Carlos Paz before a three day 1600 convoy of trucks take them across to Chile.

In the end M-Sport retired Elfyn Evans’ car prematurely from Rally Argentina to give more time for repairs, but Citroen Racing had to fly a replacement car from France.

There were 11 World Rally Cars on the entry list, including an entry for Lorenzo Bertelli. A big surprise were the 23 R5 entries including six different types of car. Medium compound tyres are the prime choice.

Like last year’s Rally Turkey, Rally Chile presents drivers with a level playing field. On that occasion Ott Tanak won the rally but Sebastien Ogier was the fastest driver.

Hyundai Shell Mobil this time runs Sebastien Loeb stead of Dani Sordo and go to Chile with a comfortable 37 points lead in the Manufacturers’ world championship over Toyota Gazoo Racing.

The other teams driver lineup are unchanged while Thierry Neuville now holds a ten point lead over Sebastien Ogier in the Drivers’ series.

The leader in WRC2 Pro, Lucasz Pieniazek again does not start and Gus Greensmith represents M-Sport.

Not yet know is whether the Bolivian Skoda driver Marco Bulacia will start after his big accident in Argentina. WRC2 amateur series leader Benito Guerra is entered but not second or third placed Veiby or Gryazin.

It will be interesting to hear the reactions after the event. Comparing Argentina, with its continuing inflation, Chile presents a more stable financial environment, but there soon emerged worrying stories about excessive costs both for hotels for visitors and customs costs for teams.

One team said the cost of life at rally time in Chile was on a par with Sweden and Finland.

Did Mikklesen’s Argentina podium save his career?