Rallycross fires up at Raleigh Raceway

The guests staged a match race to open the track, driving cars loaned by local competitors.

Watson drove a Mazda 323 owned by Erny Molina, local personality and son of the late great Lou Molina, while Morrow was in a Proton normally driven by Simon Biggs.

The Raleigh Raceway track was used for special stages in the recent Rally Australia WRC round, and is a great place for spectators who can see all of the action from the grassy spectator embankments.

Competitors also relished the exciting mixture of tarmac and gravel, with a jump and a water splash still to be added.

The opening meeting was well supported by local enthusiasts, and the future of Rallycross at the venue looks bright. 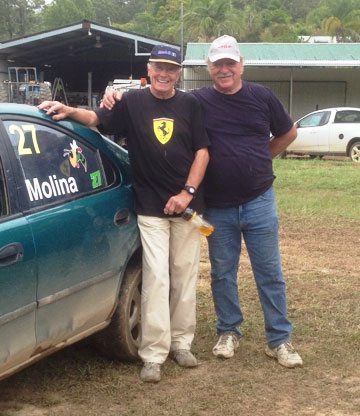