At the start of the 2013/2014 Australian Targa Championship season, Redback Racing were determined to take out the 2WD Showroom category. They have done exactly that, with the team finishing first and second in the championship. 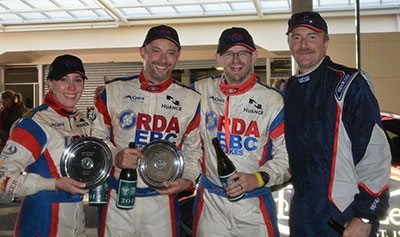 The team put on a solid performance throughout the season, taking first and second in the first three rounds of the championship, and first and third in Targa Tasmania, the final round.

Team principle Adam Spence said: "I am ecstatic with what we have been able to achieve this year and I am extremely excited about what next year holds as we try and take it to the next level."

Justin Hocevar, Managing Director Renault Australia, said: “I’d like to personally extend my congratulations on behalf of Renault Australia to Adam Spence and the team at Red Back Racing.  It has been thrilling to see the dynamic Renault Sport Megane dominant throughout the championship and this sensational effort has been rewarded with a convincing series win.”

The final round also was the first time the team had won the elusive Targa Tasmania, with Andrew Bollom and Lee Challoner Miles taking victory.