Reeves in action in NZ next weekend

Brendan Reeves will contest his third international rally this year when he competes in the 2018 Raglan Rally of the Coast on New Zealand’s north island next weekend.

The event is round six of the New Zealand Rally Championship (NZRC) and will see Reeves lining up in a Force Motorsport AP4 rally car.

The rally will take on a one day format on Sunday, 13 October, with 177 kilometres of special stages.  Reeves will be familiar with some of the stages, including Kauri Flat and the famous Whaanga Coast, having driven them previously at Rally New Zealand when it was a round of the World Rally Championship. 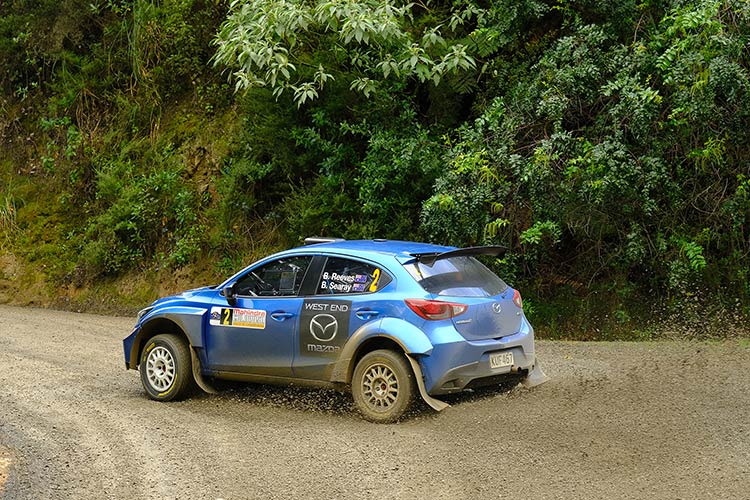 Co-driving for Reeves will be his sister, Rhianon Gelsomino, and the pair are looking forward to a great rally after a disappointing end to their last outing in New Zealand.

Reeves loves the compact one day format of the NZRC events and particularly the fast, flowing roads in New Zealand and is excited to be returning.  He is also happy to be returning to an event he competed in back in 2008.

The 2018 Raglan Rally of the Coast will be based at the Raglan Airfield with the first car set to start at 7.30am on Saturday, 13 October.  Four stages will be contested in the morning and another four in the afternoon with the cars returning to Raglan Airfield in between for servicing.

The first car is expected to finish back at Raglan Airfield just before 6pm.