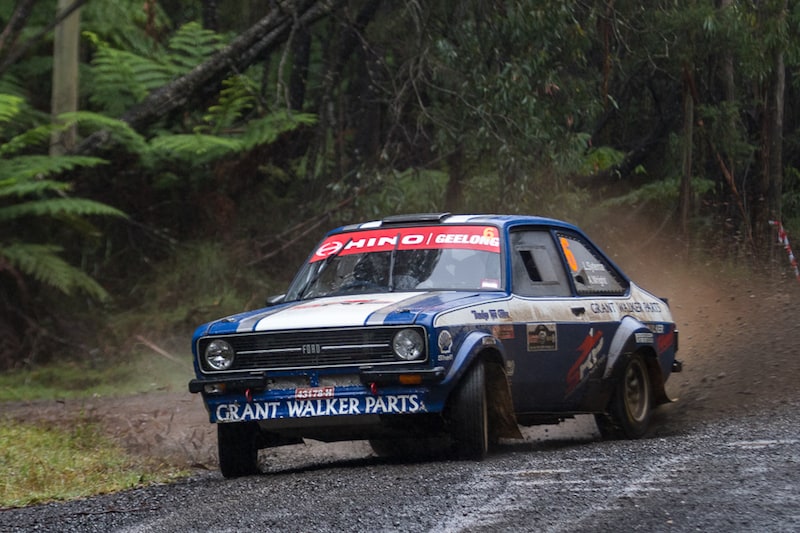 Luke Sytema on his way to victory at the Ada River Rally. Photo: live.love.rally

It was a day that had everyone searching through the records books, with two-wheel drive (2WD) competitors upstaging their four-wheel drive (4WD) counterparts at the latest round of the CAMS Hino Geelong Victorian Rally Championship, the Ada River Rally on March 31.

In treacherous conditions, the Grant Walker Motorsport prepared Ford Escort RS1800’s, crewed by Justin Walker/Blaise NcNamara and Luke Sytema/Adam Wright equally took outright honours. It was the first time since the Akademos Rally in 2014 that a two-wheel drive rally car won outright at a Victorian Rally Championship event and more than two decades since a rear wheel drive entry achieved that feat. 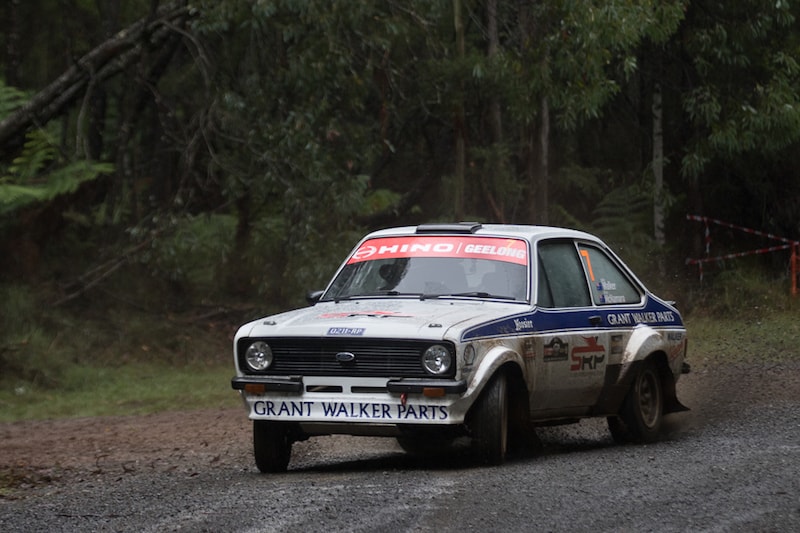 Based out of Wesburn in the Yarra Valley Ranges, heavy rain provided some much-needed relief for a region that was dry and tinder and under threat from bushfires only a month ago. However, the rain would prove to be very challenging for the Event Director, Brett Ross who was forced to cancel two stages before the event began and a further stage in the second heat due to the inclement weather and to avoid further road damage.

Arron Windus and Daniel Brkic (Mitsubishi) were quick out of the blocks, setting the fastest time of SS1 despite struggling to find a rhythm, however, would retire from the morning heat when a wheel stud issue saw them lose a wheel in SS2. Heading into Ada River, Ivan Regester/Paul Humm (Subaru) led the championship but would retire with gearbox issues at the end of SS1, while Chris Higgs/Daymon Nicoli’s (Mitsubishi) day also ended prematurely following engine sensor issues.

The Walker Escorts were in a class of their own for the rest of the day, mastering the conditions to pull well clear of the chasing pack to share the spoils, almost three minutes clear of the nearest 4WD driven by Warren Lee and David Lethlean (Mitsubishi).

For the second consecutive event, young Josh Bohm encountered mechanical problems with his Nissan Silvia dropping out of the event after SS1 and Ross Stapleton joined him on the sidelines at the end of the first heat when gearbox dramas proved terminal.

Stephen Raymond and Lucas Zinsstag were too good in the Fiesta Rally Series. 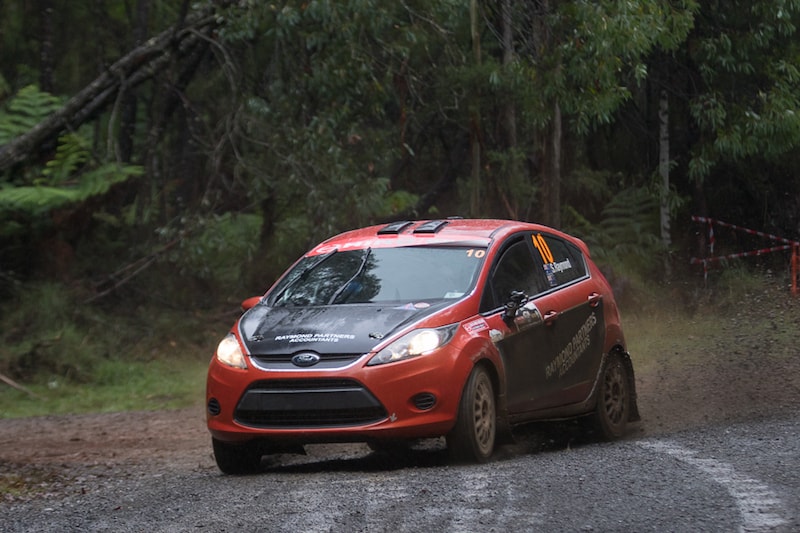 Stephen Raymond and Lucas Zinsstag were too good in the Fiesta Rally Series at Ada River. Photo: live.love.rally

The very experienced pair of Stephen Raymond and Lucas Zinsstag took a clean sweep of stage wins to dominate the second round of the Fiesta Rally Series and finish a remarkable fifth outright. Barney Hogan and Stuart Burgess made it two second places in as many events, while Mitta Mountain winners Nick Seymour and Ognjen Jovanovic pipped the Gunnawyn Motorsport entry of Viv Dilkes-Frayne and Mitch Smith on the last stage for the final step on the podium.

The Lake brothers conquered the muddy roads to win the Excel Series. 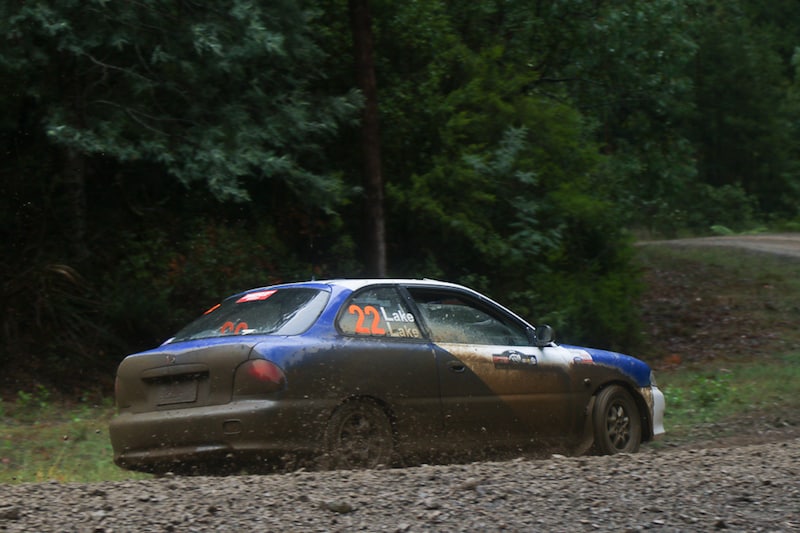 The Lake brothers, Jason and Daniel spent much of the day battling with round 1 winners, Lochlan Reed and Will Murphy, but came out 50 seconds clear at the finish. Second for Reed added some more valuable points and now heads to the Marysville Stages next month with the series lead. Matt Raymond and Brett Williams were a distant third.

The Ford Four Car Club hosts the next round of the CAMS Hino Geelong Victorian Rally Championship on May 4 for the Sheen Panel Service Ringwood Marysville Stages.