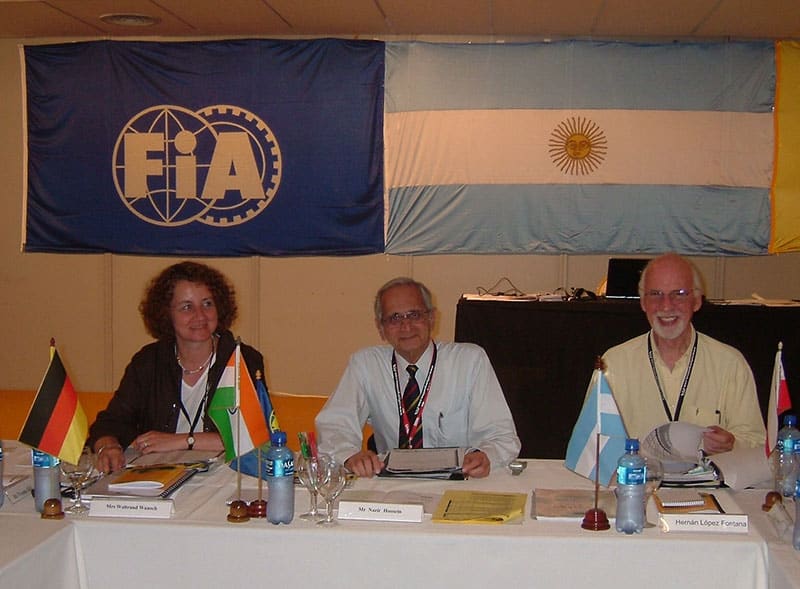 Nazir Hoosein (above, centre) has was a long time WRC and FIA Steward.

The respected head of Motorsport Association of India and former FMSCI President, Nazir Hoosein, has died.

Hoosein was founder of the Himalayan Rally project, and was well known internationally for his work as Steward not only in the WRC, but also in Formula 1.

In rallying he was instrumental in shaping the way that issues in competition are handled, not the least in rallying his reliance on his famous little black book.

In this book records of misdeeds of competitors were listed – which helped decide how appropriate decisions should be taken.

In earlier life he began racing in a Jaguar XK120 at the age of 16. He had suffered failing health for some time.