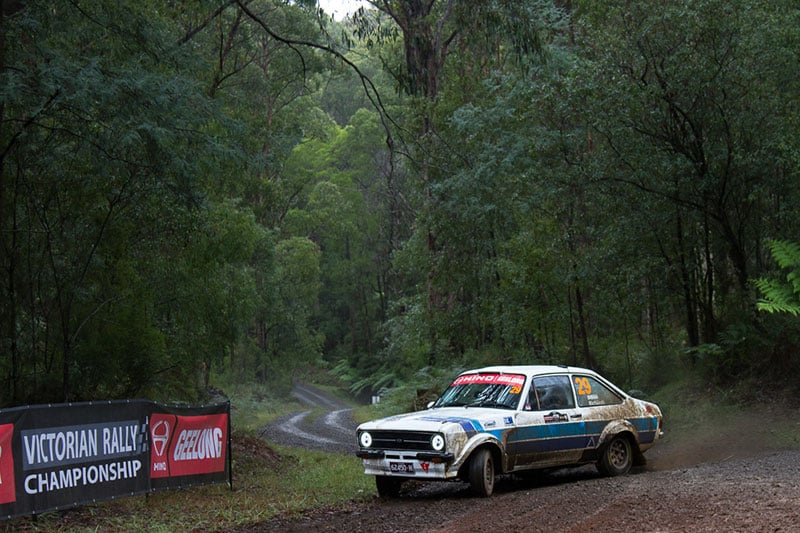 Cody Richards and Matthew Dillon made the Ada River Rally a clean sweep for the Escort nameplate, dominating the opening round of the Victorian Club Rally Series (VCRS).

Unlike their state championship counterparts, the 22 VCRS crews didn’t have the advantage of having seen the stages the day prior, making the event especially tricky in bad weather.

Richards crew on a spectacular display of precision driving, winning all four stages and the rally by more than three and a half minutes.

A week after hitting a bank at the Rosewood Rally in NSW, Brian Newton and Ryan Price’s fortune didn’t fare much better when the Honda succumbed to suspension damage on SS2 after equaling Richards’ time on SS1.

The day was also cut short on SS2 for the Mitsubishi of Colin Sichlau and Datsun of Mitch Fleming, while a solid run from Tim Reynolds and Shawn Urquhart ended in a bank on the last stage.

The series moves onto Marysville on May 4, where competitors will be bolting on the possum spotters for a rally after the sun goes down.