Sandell, with co-driver Per Almkvist, drove the #18 Subaru WRX STI rally car for the first time in competition and were quick straight away and took advantage of attrition among their closest challenges to earn the victory.

Sandell’s teammate, David Higgins, lead the rally early before a mechanical problem dropped him from contention.

“It’s been a challenging weekend and I’m so happy to get the win with Subaru here. Driving for Subaru in stage rally has always been a dream of mine and to debut with a win is a great feeling,” explained Sandell at the podium.

“It’s been a while since I competed at this high-level in rally, but together with Per (Almkvist) we put some good notes together and we were fast and smooth and stayed out of trouble.”

“The team’s Subaru WRX STI is an amazing car to drive, we had a lot of fun!”

The Olympus Rally was Sandell’s first taste of stage rallying in the USA after being signed by Subaru in 2017 to drive primarily for the team’s rallycross efforts. 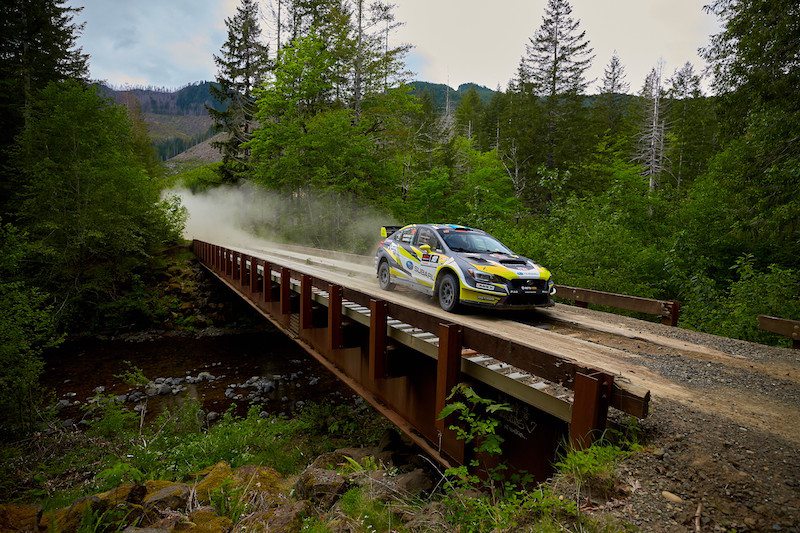 Patrik Sandell on his way to victory. Photo: Subaru USA

Subaru driver David Higgins and co-driver Craig Drew were on pace to take the victory at Olympus, after leading the rally comfortably after the first few stages. However, a minor mechanical problem took them out of contention before the conclusion of Saturday’s stages.