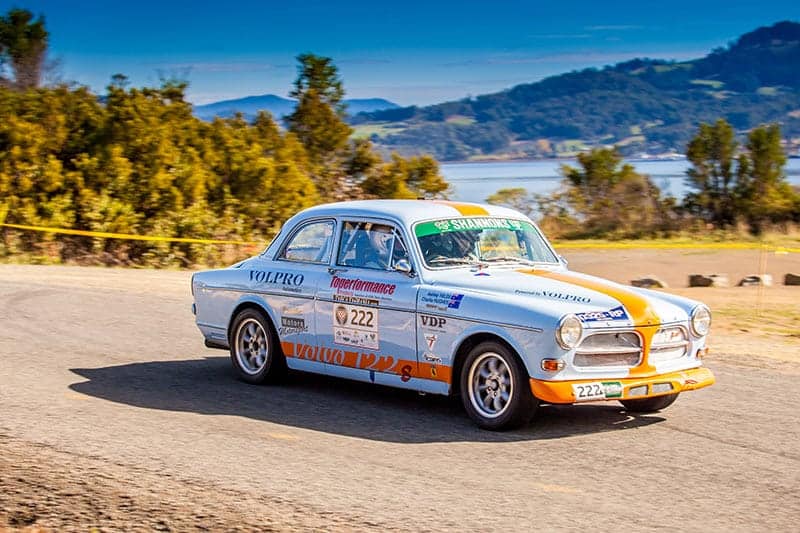 Targa Great Barrier Reef, which made a highly acclaimed debut in 2018, is now entrenched in the tarmac rallying calendar with entries surging for the 2019 event to be held from August 30 to September 1.

The number of cars set to take part in the rally is up by more than 40 per cent from the 2018 entries, with over $25 million worth of cars set to tackle roads that have been acclaimed as some of the best in the world for a Targa event.

This increase in entries now makes Targa Great Barrier Reef the second largest tarmac rally in the world and will also see a large increase in direct economic impact with over $3 million to be spent in Tropical North Queensland in event week alone, which is very positive news according to Targa Australia CEO Mark Perry.

“The popularity of the inaugural 2018 Targa Great Barrier Reef has solidified the event as a highlight on Tropical North Queensland’s event calendar with a record number of entries set to boost the local economy,” Mr Crawford said.

“From the Cairns Esplanade to the lush Atherton Tablelands, the economic benefits of the event will once again be shared across the region while showcasing why Queensland is beautiful one day, perfect the next.

“Events like Targa GBR are important in promoting the diverse tourism experiences on offer in the region and I encourage visitors to extend their stay and explore the beauty of Tropical North Queensland.”

Cairns Regional Council Mayor Bob Manning OAM has supported the event from its earliest discussions in 2016 and is looking forward to seeing the Targa cars back in Cairns.

“Thousands of people came out for Targafest on the Esplanade and images of the Tropical Far North were beamed to a worldwide audience.

“Cairns offers an amazing natural backdrop for major events and there is no better fit than Targa for our region – it’s an iconic car race set against an iconic backdrop and we look forward to its return.”

Targa Great Barrier Reef is part of a national tarmac rally championship and has the hugely diverse competitor base buzzing at the thought of the event becoming as iconic as the internationally recognised Targa Tasmania, which has been running since 1992.

The Cairns-based rally has filled a motor sport void in the northern part of Queensland, which has a huge catchment of fans who have been starved of a high-profile rallying event over many years.

Once again, the fans will have a number of chances to get up close to the magnificent machines with the Ceremonial Start at the entrance of The Reef Hotel Casino set for 8.00am on Friday August 30. Later that day the cars will be on show at the Targa Expo at the Cairns Convention Centre from 6.00 to 9.00pm.

Last year more than 25,000 fans flocked to the Esplanade for the TargaFest on the Saturday night, and Event Director Mark Perry is again expecting the locals to come out in force and see the field of over 270 cars.

“The atmosphere for the event last year was just fantastic, I think it was made up of a combination of Tropical North Queenslanders loving a national event coming to their city, plus there are so many motorsport fans visiting here as well,” Mr Perry said.

“All of the competitors commented on how enthusiastic the locals were, which gave the whole event such a buzz and has definitely contributed to the increase in competitor entries this year.

“It’s the third round of the CAMS Australian Targa Championship, so all the serious contenders know they have to do well here.

“But it’s tough. The roads are tricky; they are a great test of driver and car.”

With the closed road stages in the final stages of stakeholder approval, the provisional course is due to be released in the weeks ahead. The large field will again visit the Tablelands region with Mareeba hosting the event for the first time, including an exciting first ever lunch break on Saturday August 31, giving the local residents a close up look at the ‘cavalcade of motoring history’ in attendance.

The Official Finish will again be held at the entrance of the Cairns Convention Centre on September 1 from 1.00pm, and is sure to attract plenty of dads on Father’s Day.

The finish is followed by a presentation dinner and the Official After Party in the Targa Bar at The Reef Hotel Casino.

An addition for this year will see many Targa visitors head out to Moore Reef with Sunlover Cruises on the day after the event on the Targa Cruise to relax and enjoy talking about all of the highlights of this year’s event. Book the Sunlover Moore Reef Daily Cruise at www.sunlover.com.au and use the code TARGA 2019 to join the group.