The Otago Rally: what makes it so good?

For 12 years I’ve been singing the praises of New Zealand’s Otago Rally, after first travelling to the South Island city of Dunedin in 2003.

My first journey to the home of Speights beer and Cadbury chocolate was on the recommendation of five-times Australian Rally Champion, Ross Dunkerton, who had contested the event in 2002 and had come home gobsmacked by what he saw.

The hospitality and help that Dunkerton had received in Dunedin was more than he had ever experienced before, and my first trip only reinforced this.

Twelve years on, the event continues to improve and evolve, so much so that the list of former World Rally Champions who have contested the event is literally a who’s who of the sport. Mikkola, Waldegard, Kankkunen, Biasion, Vatanen and Auriol have all competed, and while none of them have won the rally, their experiences have ensured that there is always another international star ready to head down under. 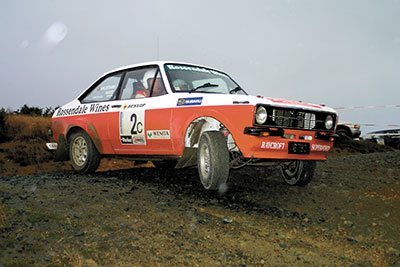 But like any successful event, it hasn’t always been easy for the Otago Rally or the Otago Sports Car Club (OSCC) that runs the event.

After what they readily admit was a disastrous event in 1989 a group of the club’s most enthusiastic members got together to right their wrongs and get the event back on the right path.

Norman Oakley, Garth Tyrell, Roger Oakley and Malcolm Budd were the driving force behind the goal of attracting a round of the New Zealand Rally Championship to Dunedin, and their efforts have been staggeringly successful. All four are still involved to this day.

In essence, the Otago Rally is probably no different to many other events around New Zealand, or in Australia for that matter, but it’s the “can do” attitude of the OSCC that has made the event stand out from the crowd. Nothing, it seems, is too much trouble.

In 2011, when rallying ‘god’ Ari Vatanen competed, it seemed as though the Otago Rally had reached its Nirvana – the top of the tree where they couldn’t go any higher.

Yet in 2014, when Didier Auriol drove a gorgeous black Ford Escort RS1800, it appeared as though the event was continuing to scale to even greater heights. At pre-event functions and out on the stages, it was almost a case of “spot the Kiwi”, as dozens and dozens of Australians were spread through the Otago countryside like sheep in a paddock.

Of course attracting former World Champions to one of the most southern rallies in the world isn’t easy, and a lot of planning, budgeting and negotiating is required to make it happen.

To that end, the event has huge support from Canterbury winemaker and rally tragic, Brent Rawstron, who has built and provided most of the cars that the international stars have driven in the event. Rawstron is seen by the OSCC as a key partner in making the rally a success, and his involvement can never be underestimated.

Getting the stars to sign on the dotted line was initially the hardest task, but this has become easier as the event’s reputation has grown globally. Italian Fabrizia Pons, Michele Mouton’s former co-driver in the Group B Audi days, has been a regular competitor alongside some of the sport’s biggest names, and is now a key player in attracting the next international star. 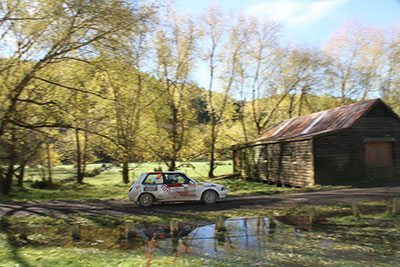 Australian drivers have shipped their own cars to Dunedin, or have hired locally prepared cars to drive.Pons loves the Otago Rally, and New Zealand in general, and can’t speak highly enough of either. She now plays a vital part in convincing the next Miki Biasion or Didier Auriol to head south.

The former competitors are just as important. When the OSCC’s Roger Oakley first contacted Didier Auriol about entering the event, the Frenchman’s first phone call was to Miki Biasion, who spoke glowingly about his experience in 2013.

Financially, while the OSCC is more than willing to pay an international driver’s expenses, including travel from Europe to New Zealand, they have never paid a driver to compete, and aren’t likely to do so anytime soon. The rally’s reputation and their famous South Island hospitality make that unnecessary.

There are also assistance packages for other international drivers, mostly for Australians eager to return to the event, or to experience it for the first time.

Among other things, the event provides international competitors with a service crew and a $200 accommodation voucher, which helps tremendously when competing abroad.

Locally, there are a host of guys who have become legends in their own lifetimes because of the support they have offered Australians who compete in the rally.

Mark Laughton, Tony Johnstone and Paul Goatley will no doubt have lost count of the number of international visitors they’ve assisted over the years, but they show no signs of losing their enthusiasm for an event that continues to blossom.

Of course there are also New Zealanders more than willing to hire you a car to compete, which many Aussies have made a habit of doing.

My love of the rally was increased even further in 2006 when I was given the opportunity to lease a 2-litre Ford Escort, with the event’s Roger Oakley in the co-driver’s seat. It was an incredible opportunity and a thrill-a-minute.

The following year, through the help and generosity of Christchurch’s Bryce Biggs, I was offered what Oakley rightly calls “the deal of the century”, driving a Ford Escort RS1800 that had previously won the event.

I’ve been back to the event many times since, but 2007 is likely to remain the highlight of my Otago Rally experiences. 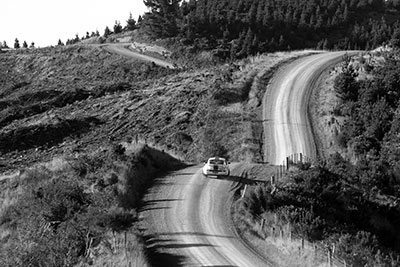 Then there’s the roads, perhaps the overall determining factor in attracting competitors back to the event year after year.

Names like Kuri Bush, Waipori Gorge, Whare Flat and McIntosh Road have become synonymous with the Otago Rally, with drivers rating them with anything any other event has to offer.

The shire roads the rally uses are something else, with smooth, flowing, cresty, cambered roads that are simply a dream to drive on. Then there are the forest stages, such as those in Akatore or Berwick forests that offer a completely different challenge.

The roads are easy on the car, easy on tyres and are just another reason competitors keep coming back.

“I think this rally is really special,” she said.

“It’s the biggest rally and the most competitive rally in the Southern Hemisphere, and I think the organisers do such an amazing job to put this event on and to attract such amazing competition.

“They’re the best roads I’ve competed on, and I’d love to come back next year.”

In a time when costs continue to spiral and budgets are similarly cut, you can’t get a much better advertisement than that.

You may ask what is there left to achieve for the OSCC and the Otago Rally? Rest assured, plans are already taking shape for 2015, and some equally impressive names are about to be tempted to take on New Zealand’s and Australia’s best classic rally drivers.

If you’re mesmerised by the sound of Webers sucking on a normally aspirated engine, then it may pay to book yourself some holidays to Dunedin in May next year.