The stars will come out to play

Last weekend’s Rally Bonnie Doon was proof that a good quality event has just as much chance of attracting a high-class entry list as any round of the national championship.

While he only finished fourth, Evans was the real drawcard entry, driving the Honda Civic Type R that his brother, Eli, normally pilots.

It was a rare appearance from the former Toyota factory driver, who made the most of the single-day, pacenoted format of Rally Bonnie Doon to keep his eye in. And it was crystal clear that he still has what it takes.

Directed by former Rally Tasmania Clerk of Course, Scott Spedding, the event has proven popular over the past few years, although unfortunately it isn’t on the calendar for 2015.

Offering a Friday recce, five stages run twice each on Saturday and an affordable presentation dinner in a marquee on the Saturday night, it proved just the tonic for many crews keen for one final event for 2014.

It’s unlikely we’ll see Simon Evans competing regularly next year, although Darren Windus, who won the event in an old model Subaru Impreza WRX, has indicated that he’ll contest both some ARC and VRC rounds in 2015. Both Dowel and Pedder are also likely to have busy seasons.

The Australian Rally Championship needs to remain the pinnacle of rallying in this country, but Rally Bonnie Doon highlighted that if the format and the formula are right, then the stars will come out to play.

Let’s hope that the proposed rule changes at national level over the next couple of years will see more of the sport’s stars contesting ARC rounds, and that the sport can return to its former glory days. 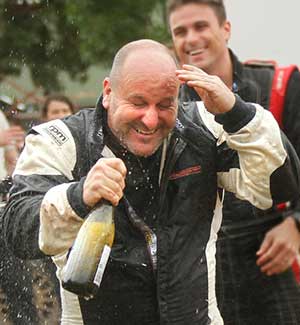