The route took competitors north of the rally base in Hamar for two identical loops of four speed tests covering 118.94km near Lillehammer, host city of the 1994 Winter Olympics.  One special stage finished in the spectacular bowl at the bottom of the Olympic ski jump hill, while the final test of each loop was a short sprint through parkland in Hamar itself.

Pure white snow, bright sunshine and sparkling blue skies again offered perfect conditions for large crowds to flock into the forests as temperatures warmed up to -12ÂºC.  Among the spectators was ex-Ford driver Marcus Grönholm, who led the squad to manufacturers' world titles in 2006 and 2007, and who offered advice to Hirvonen and Latvala during the lunchtime service.

The ice-packed roads were also ideal for drivers, who made the most of the remarkable grip offered by the tungsten-tipped studs in Pirelli's Sottozero winter tyres.  The pace at the head of the field was sensational as Hirvonen took on arch-rival SÃ©bastien Loeb for a second day in their battle for supremacy.  Just 2.6sec separated second-placed Hirvonen from leader Loeb overnight.  That margin widened to 10.7sec as the 28-year-old Finn posted two second and two third fastest times this morning.

The battle continued unabated during the afternoon on roads made more difficult by cars dragging snow and ice onto the driving line during the first passage.  There was no margin for error for the duelling duo as the gap increased slightly to 15.0sec as cars returned to Hamar for the overnight halt.

"We were both driving at a crazy speed, especially this morning," Hirvonen admitted.  "The grip was consistent and it was fantastic to drive in those conditions.  It's an amazing fight, and while I donâ€™t enjoy being second, I'm loving this contest.  I've not had problems, he's just been faster than me.  I need to be faster than him tomorrow.  It's not impossible to turn the gap around and I will give it my best shot.  It's so close and there are many risks still to be taken.

"I'm so close to the limit that I started to make small mistakes on the penultimate stage.  It's necessary to be absolutely perfect on every corner and I must remember that.  I'll be so disappointed if I lose out tomorrow," he added.

Latvala's day was virtually a carbon copy of yesterday's opening leg.  Despite a consistently strong morning, the 23-year-old Finn was not entirely happy with his performance.  Just like yesterday, he softened the suspension settings on his Focus RS and his pace and confidence picked up this afternoon.   He won two stages to return to Hamar this evening 28.2sec behind his fellow countryman.

"It went well this afternoon," said Latvala.  "Unfortunately I found the right car set-up a little too late.  I made the springs softer and that made the suspension more flexible under braking and gave me more traction.  I found a good feeling and I'll try to keep the pressure on tomorrow but the time gap is too large for me to challenge the two guys in front.  I would love to be battling with them but I have to be sensible and realistic.  I didn't find the right feeling this morning and was braking too early.  There was no problem with the car and I only had to look in the mirror to see where the problem was."

BP Ford Abu Dhabi team director Malcolm Wilson was enjoying the battle as much as the spectators.  "It has been an incredible fight today and I expect it will be the same tomorrow.  The team is in a great position going into the longest day.  Although I would like Mikko to be closer than 15sec behind Loeb, there is still everything to fight for," he said.

News from our Rivals

SÃ©bastien Loeb (Citroen) was fastest on all four morning stages and one this afternoon to extend his lead.  Behind the BP Ford Abu Dhabi pair, Stobart driver Henning Solberg (Ford) climbed from seventh to fourth, despite an overshoot on the penultimate test.  He moved ahead of both Dani Sordo (Citroen) and brother Petter Solberg (Citroen), the latter losing more than a minute with an engine problem this afternoon.  SÃ©bastien Ogier (Citroen) slipped down the order with alternator troubles this morning while team-mate Conrad Rautenbach slipped off the leaderboard after losing three minutes in a snow bank this afternoon.  Also losing time was Evgeny Novikov (Citroen), with starter motor and gearbox problems sandwiching a four-minute excursion into a snow bank.  The only major retirement was Per-Gunnar Andersson (Skoda) who retired from fifth with a broken clutch this morning.

The final leg is the longest of the rally with 126.16km of competition lying in wait east of Hamar.  After a 06.20 restart, drivers face two identical loops of three stages, split by a return to the town for mid-morning service.  Each loop begins with the 30.03km VÃ¥ler test, the longest of the event.  The finish ceremony takes place in Hamar at 15.05. 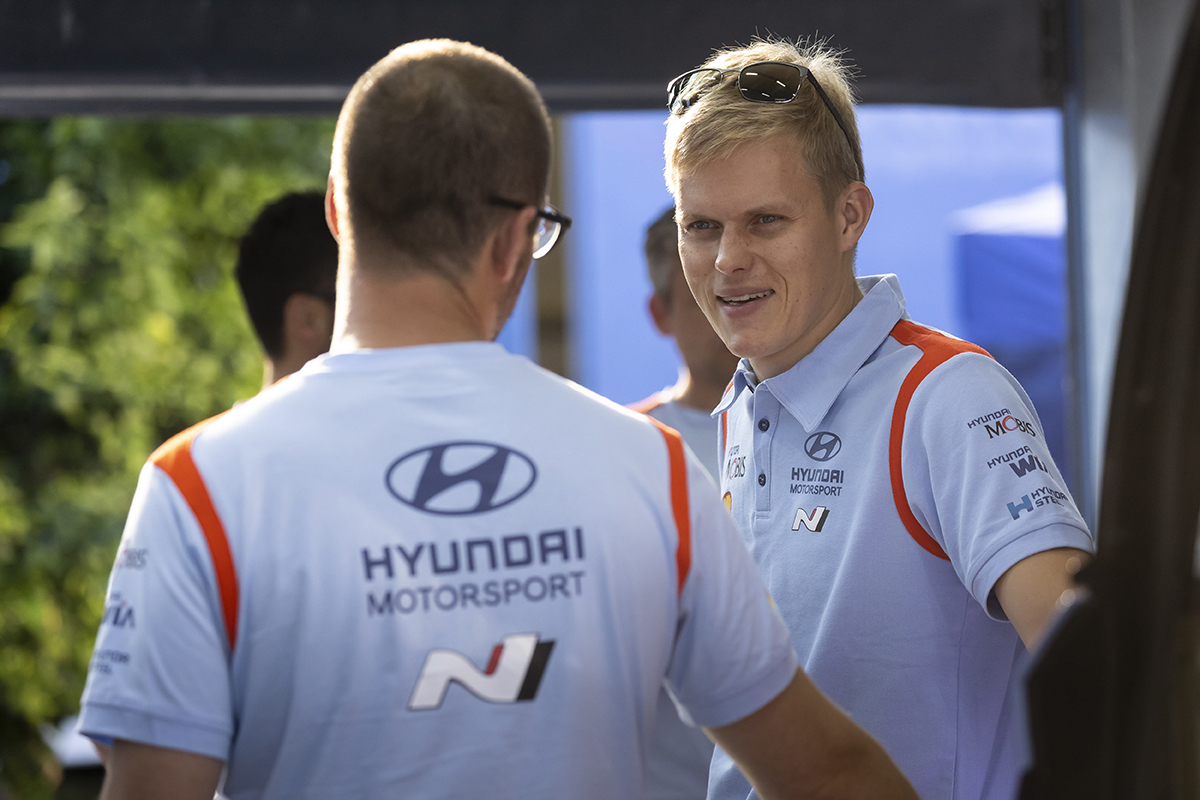 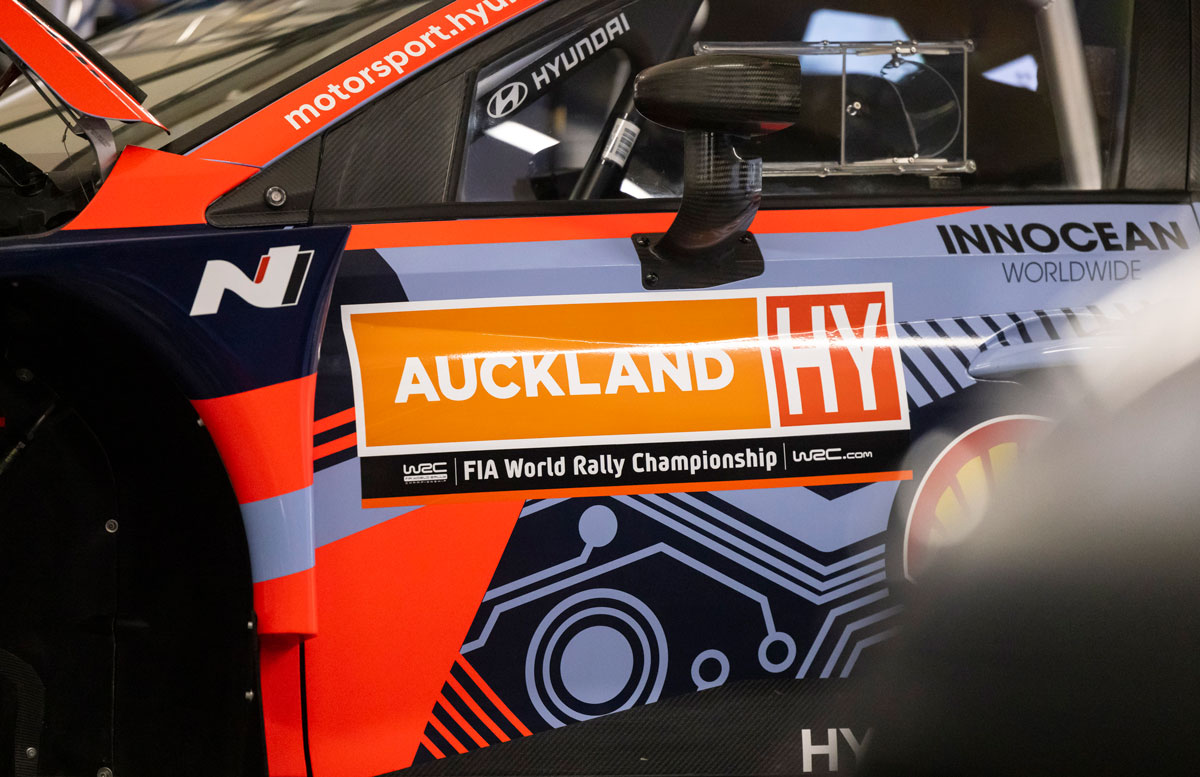