Victory in sight for dominant Evans in Sweden

Elfyn Evans won three out of four stages to further stamp his authority on Rally Sweden in Saturday’s penultimate leg. The Toyota Yaris driver dominated in the forests of Norway and Sweden and doubled his lead over world champion Ott Tänak to 17.2sec with just one test remaining in Sunday’s amended finale. Temperatures climbed above freezing overnight and the roads were softer than yesterday. Gravel sections put increased stress on studded winter tyres, but the changing conditions had no effect on Evans who has finished first or second in all but one special stage so far. The Welshman survived a scare when a compression almost launched him off the road in the penultimate Nyckelvattnet stage. “I was caught out near the end when the sump guard touched and it threw the car into understeer in the wrong place,” he admitted. “Who knows what tomorrow brings? Hopefully we can find the same rhythm as the last two days. We need to hit the nail on the head, it’s a long stage and you can easily lose a lot of time if you don’t gel with the conditions,” added Evans. 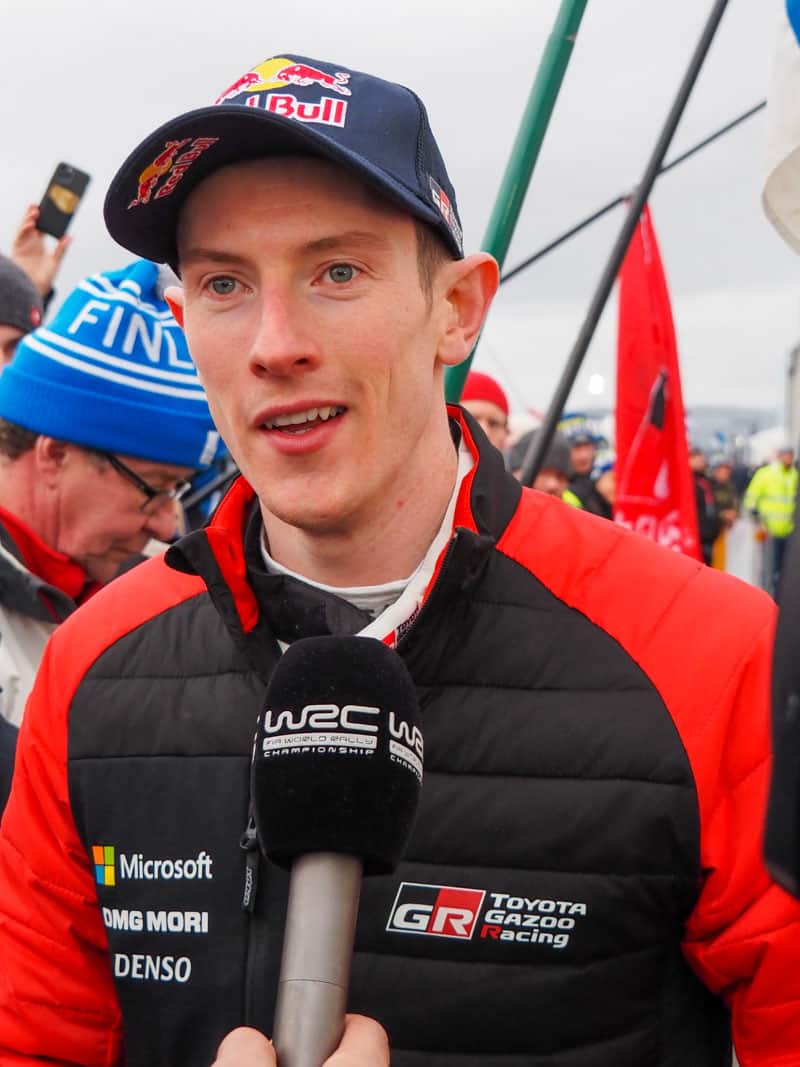 Tänak had a troublefree day without ever feeling completely comfortable with his Hyundai i20. The Estonian ended 11.6sec clear of Sébastien Ogier, who forced his way past Yaris team-mate Kalle Rovanperä into third after a daylong ding-dong battle. Six-time world champion Ogier relegated Rovanperä by gaining time in the opening two tests. The teenage Finn, driving only his second rally at the top level, moved back ahead with second fastest time in Nyckelvattnet. Ogier hit back in the final Torsby sprint test to demote Rovanperä again and the pair will start tomorrow’s last leg just 0.5sec apart. Esapekka Lappi fended off championship leader Thierry Neuville in their fight for fifth. The Finnish Ford Fiesta pilot’s advantage was trimmed to less than a second by Neuville before pulling away to close the day with a 5.4sec margin over the i20 pilot. Craig Breen was a lonely seventh in another i20. He trailed Neuville, the only driver to break Evans’ domination by winning the final stage, by 10.5sec. Breen had almost 30sec in hand over Teemu Suninen, whose early position in the start order proved a handicap. Japan’s Takamoto Katsuta was ninth in a Yaris, ahead of the Skoda Fabia of WRC 3 leader Jari Huttunen. 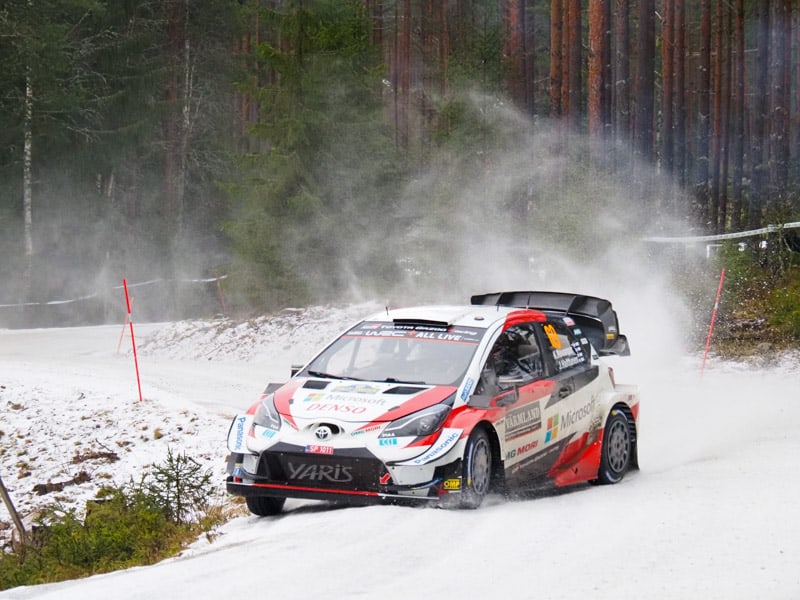 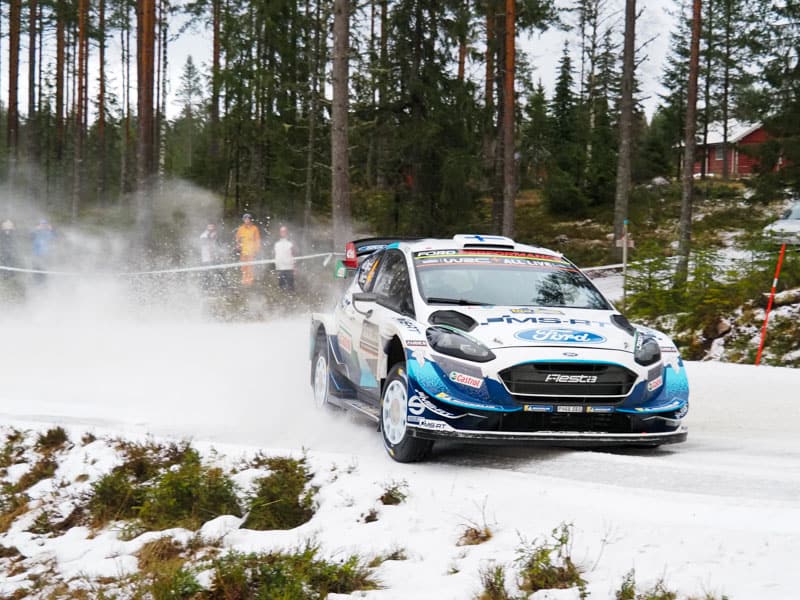 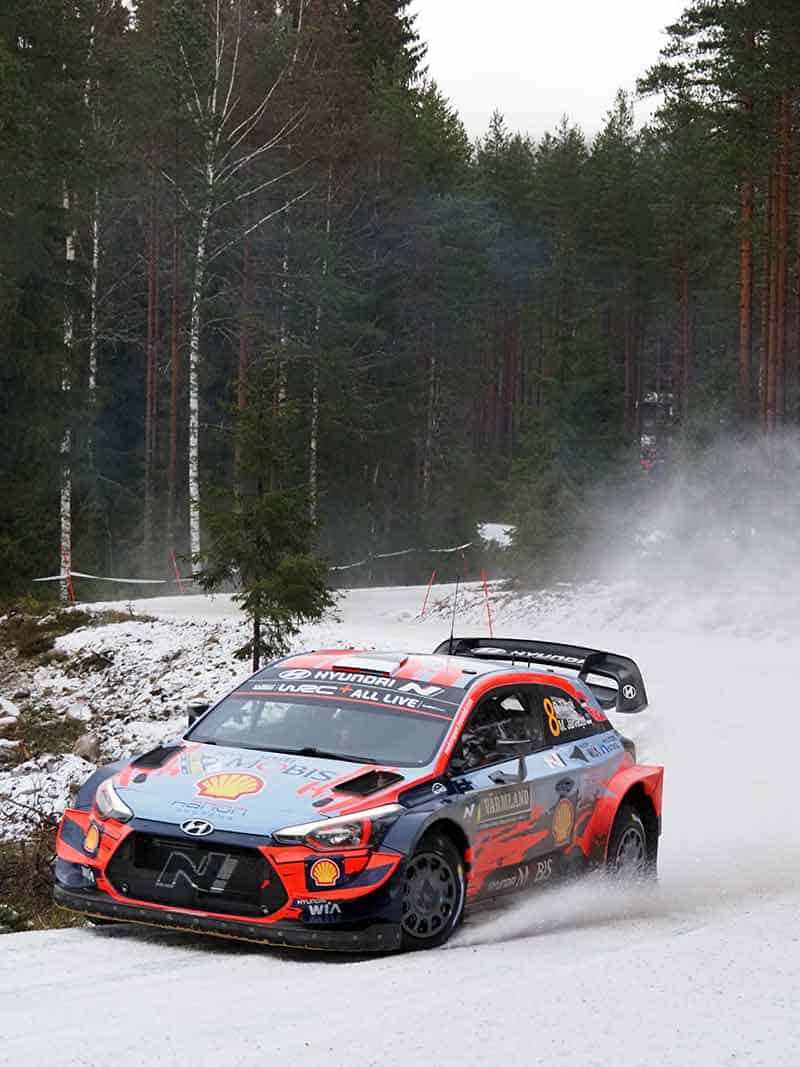 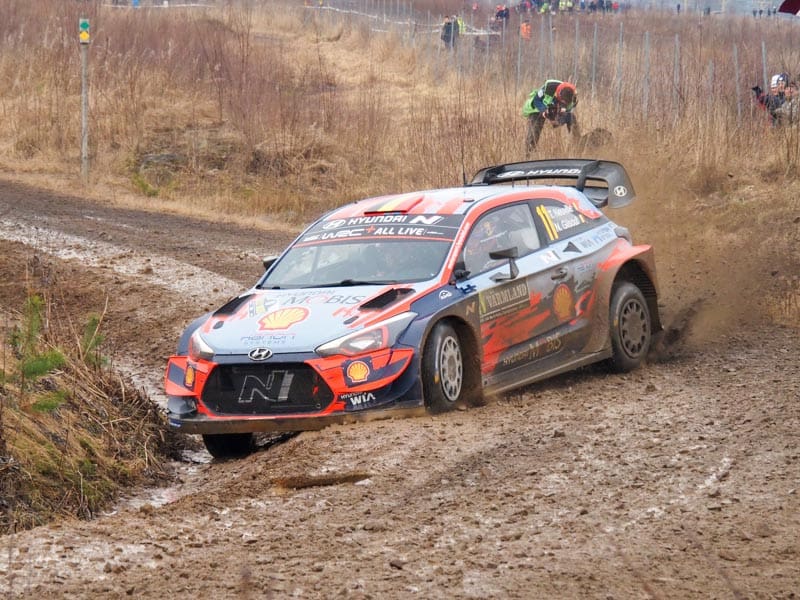