Victory for Judd at Hanmer spices up title race 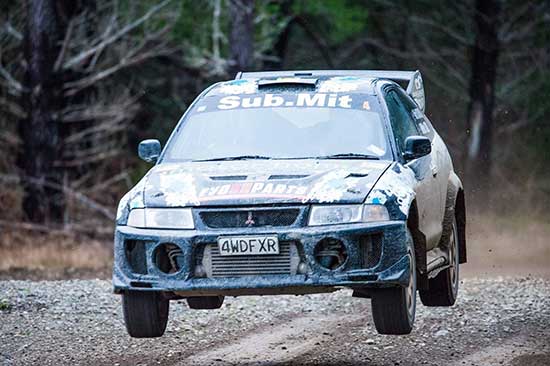 A popular victory for Christchurch driver Jeff Judd at the weekend’s Royce Watson Memorial Hanmer Rally has seen him close to within five points of the series lead in the Stadium Finance Mainland Rally Series with only one round remaining.

It was Buist who would impressively set the pace in his two-wheel drive Ford Escort on stage one, before Judd moved his Subaru Impreza into the lead on stage two and would not relinquish it for the day.

Meanwhile Tall set a string of second fastest stage times in his Mitsubishi Mirage to secure the runner up spot for the day.

David Quantock/Emma Quantock and Garet Thomas/Gemma Thomas had solid days to round out the top five overall.

Jonathan Taylor/William Hawes were the only driver to finish in Class A for two-wheel drive cars up to 1300cc, while Steve Cattermole/Malcolm Currie took the Class B (1301-1600cc two-wheel drive) victory ahead of Robbie Stokes/Amy Stokes and Mike Sheehan/Sarah Faulkner.

Buist continues to lead the Stadium Finance Mainland Rally Series, but is now only five points ahead of Judd with 30 up for grabs at the final round, the Spring Rally in Geraldine on September 23.

Matt Summerfield holds third in the series, 23 points adrift, with Quantock and Thomas rounding out the top five.