There were plenty of national championship rally events happening around the world over the past weekend. Martin Holmes has them all covered.

Roger Feghali (pictured above) won the Rally of Lebanon, fourth round of the FIA Middle East Rally Championship in a Skoda Fabia R5.

He was followed by the DS3s of Lionel Baud and former WRC team driver Simon Jean Joseph.

The DS3 of Julien Maurin was leading until it was destroyed by fire on the final stage. 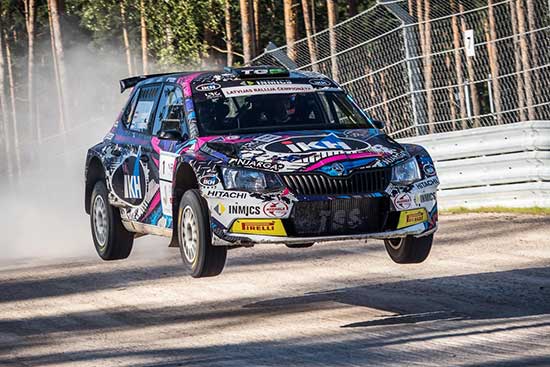 Kalle Rovanpera (pictured right) took his Fabia R5 to the international Lõuna-Eesti Rally in Estonia, finished third overall behind the bigger Fiestas of Georg Gross and Egon Kaur, and thereby clinched the Latvian national championship for the second year running!

Disaster for Hayden Paddon at Rally Coromandel, one of only two events which his WRC programme allows him time to contest in his native New Zealand, when he slid off the road in his Hyundai i20 AP4+ and was beached.

Paddon had already been well over a minute in the lead after three stages, after Reeves had spun and stalled on the second stage.

The final stage was cancelled because a chicane marker was dislodged, altering the course of the route.

After the 16 candidates in the latest Hyundai Motorsport Driver Development Program went for tests in the team’s headquarters in Alzenau, eight have been selected for the second phase of the selection process.

Ultimately only one winner will represent Hyundai Motorsport on the global rally stage, participating in selected WRC2 events in 2018 in a New Generation i20 R5 car.

The initial process covered a range of criteria including technical understanding, English language, PR skills, and communication with mechanics and engineers.

Next step is for the drivers, along with their respective co-drivers, to undertake tests on tarmac and gravel in September, before a final decision is made on the prize winner. 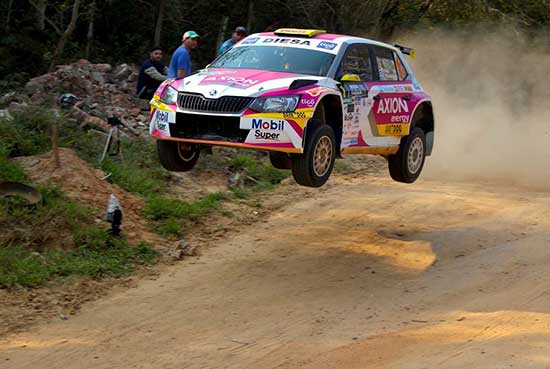 There was a championship points tie at the end of the Ojibwe Forest Rally, final round of the inaugural American Rally Association between the Subaru USA team drivers with Travis Pastrana and David Higgins.

The championship deciding clause was based on winning a super special stage.

The title went to Pastrana when Higgins lost time going straight on into a barrier.