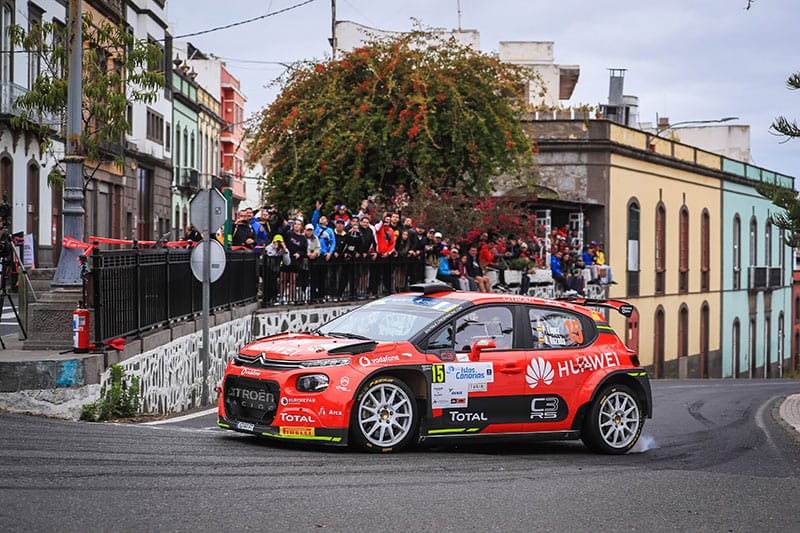 Lopez had been initially leading but Russian driver Alexey Lukyanuk went into the lead before he broke his suspension on the first stage of the second day.

Fighting behind the leaders were British driver Chris Ingram and the German Marijan Griebel, before Griebel punctured on the penultimate stage.

Ingram was delighted, saying: “I’m under so much pressure because I’ve got no money, I can’t afford to crash because that’s the end of my career.”

The Junior category for drivers of two wheel drive cars was dominated by French Fiesta driver Jean-Baptiste Franceschi, who was fastest in his category for all except one stage.

This event saw the first round of the new one-make Abarth Rally Cup, which was won by Alberto Monarri.

Weekend rally news: the fourth round of the Austrian championship was Wechselland Rallye, won by Hermann Neubauer’s Fiesta ahead of four Skodas led by Julian Wagner.

The third round of the Portuguese national series was the Rali de Mortagua, won by Ricardo Teodosio’s Skoda, ahead of Armindo Araujo’s Huyndai i20 R5. 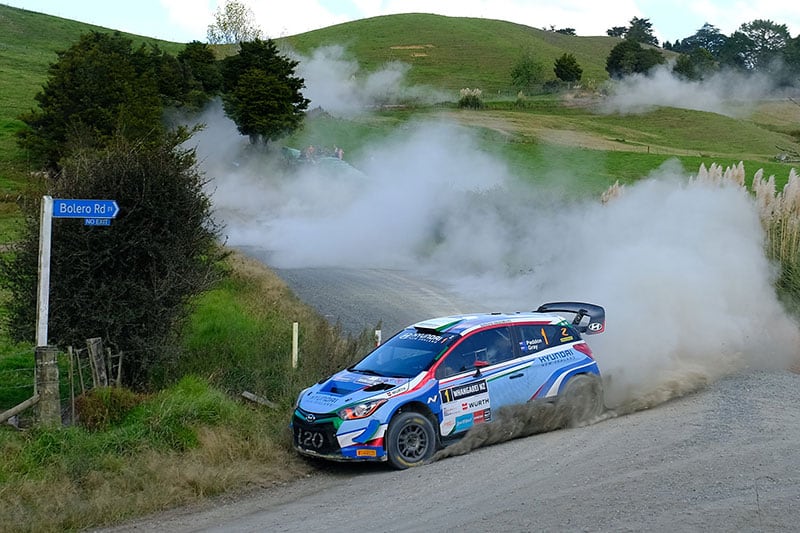 Second round of the New Zealand championship was the Asia Pacific Cup Rally Whangarei, a qualifying round in the FIA’s new style Asia Pacific Rally Championship, held in the north of the country’s North Island.

Overall winner was Hayden Paddon in his special Hyundai i20 AP4, who finished over four minutes in front of Ben Hunt’s Subaru and David Holder’s Holden Barina AP4.

The next APRC qualifying event will be the Rally Montre on June 6-7 in Japan, the first time the event will be run as an international rally.

The Finnish WRC journalist, Miika Wuoerela, reports in the newspaper site iltalehti.fi that world champion Sebastien Ogier is believed to be earning between 8 and 9 million Euros, including bonuses.

The income from rallying for nine times world champion and part time WRC competitor, Sebastien Loeb, is not known.

Skoda Motorsport report that the debut of the evolution version Fabia R5 is scheduled for the third round of the Czech national championship Cesky Krumlov Rally (May 17-18) in the hands of Jan Kopecly, with the WRC debut two weeks later in Rally Portugal driven by Kalle Rovanpera.

Homologation was issued on 1st May, the day that Kopecky had a heavy crash with a prototype car in in testing in Portugal.

Thirty years after Frenchman Alain Oreille became the only driver to win a world championship rally in a Group N car (1989 Ivory Coast) on his way to being a double FIA World Rally Production Car champion, at 66 years of age he has won the Maroc Historic Rally 2019.

He was in a Porsche 911 Carrera proto, once again with his wife Sylvie as co-driver.

This was a major international off road event, based at Marrakech. Second place went to Australian Geoff Bell, and fourth was Argentine Jorge Companc Perez, both in an Escort RS1800s.