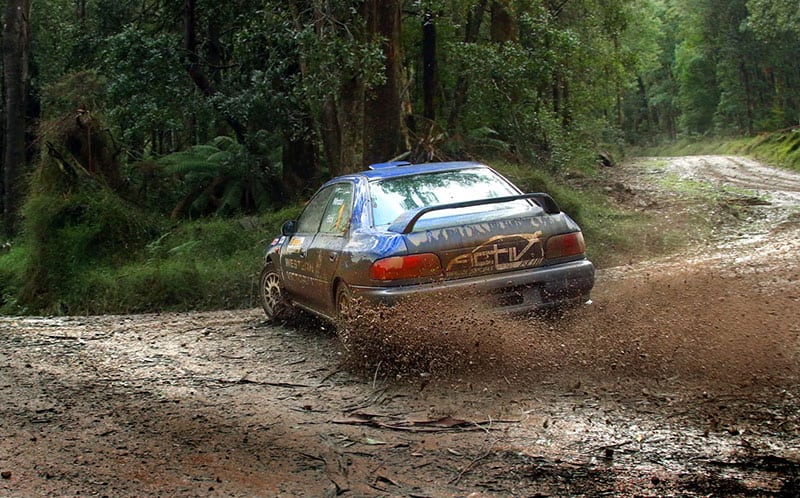 After a troubled start to 2019, Arron Windus and Daniel Brkic’s luck changed at the Sheen Panel Service Ringwood Marysville Stages on May 4.

The pair put on a wet weather driving clinic to win both heats and the third round of the CAMS Hino Geelong Victorian Rally Championship.

Changing from the Mitsubishi Lancer Evolution X they ran in the opening two rounds to the Subaru WRX that, Darren Windus took to third place at the Forest Rally in WA last month, Arron Windus was unchallenged taking a comfortable victory, more than six minutes clear of the chasing pack.

Behind the winners, Wayne Stewart (Subaru) returned to the championship having missed the Ada River Rally in April to finish second overall with co-driver Joe Brkic.

Warren Lee and David Lethlean (Mitsubishi) put in another consistent performance to round out the podium and elevate themselves to the top of the standings, heading into next month’s Rally of the Bay in NSW.

Making their 4WD debut in a Subaru, they showed great speed, finishing a net second at the completion of the final stage only to run out of fuel on the last transport section back to the finish, subsequently running out of late time and registering a DNF.

In 2WD, it was the front-wheel drives that proved to be too good with the Ford Fiesta of Stephen Raymond and Barry Sheridan finishing the day on top, following a difficult day for both Walker Motorsport Escorts.

The first heat ended prematurely for Justin Walker and Blaise McNamara, however the pair bounced back in the second heat, to finish second and score some valuable championship points.

Meanwhile the sister car of Luke Sytema and Adam Wright, were very much on front running pace until the differential let go on SS4, ending their day prematurely.

Victoria Cross Rally winner, Adrian Stratford continued his outstanding form in 2019 finishing a sensational second in 2WD and sixth outright with Kain Manning in the little Daihatsu Charade. Kevin Millard and Adam Branford rounded out the 2WD podium in a Datsun 1600. 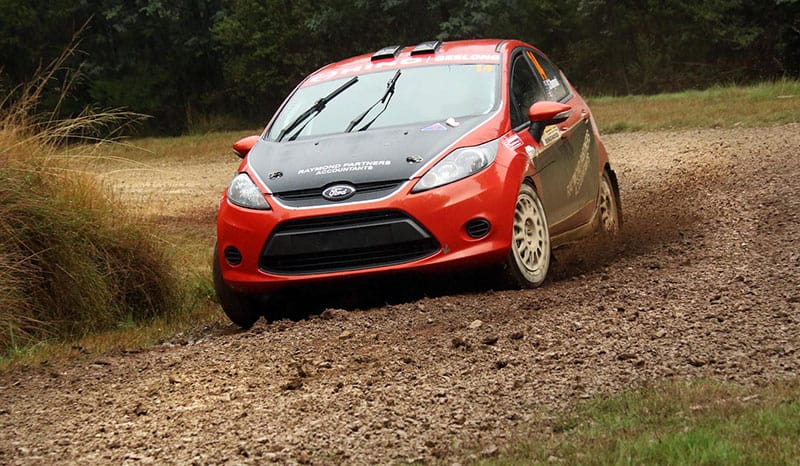 Stephen Raymond was a class above again in the Fiesta Rally Series, taking a clean sweep of stages wins to another dominate victory.

As with previous rounds Nick Seymour/Ognjen Jovanovic and Barney Hogan/Stuart Burgess were inseparable for the most part, swapping position back and forth. An off-road excursion for the latter on SS4 dropped them out of contention, but they rejoined in Heat 2 to continue the battle only to hit a rock on SS7, cracking the sump.

Teenage sensation, Lochlan Reed and co-driver Will Murphy extended their advantage at the top of the Grant Walkers Parts Excel Rally Series with another commanding performance winning both heats and the round by almost four minutes.

Luke Daly/Ged Blum were second with Geoff Holloway and Richard Hood rounding out the podium. Rose North/Jarryd Sweeney were fourth. 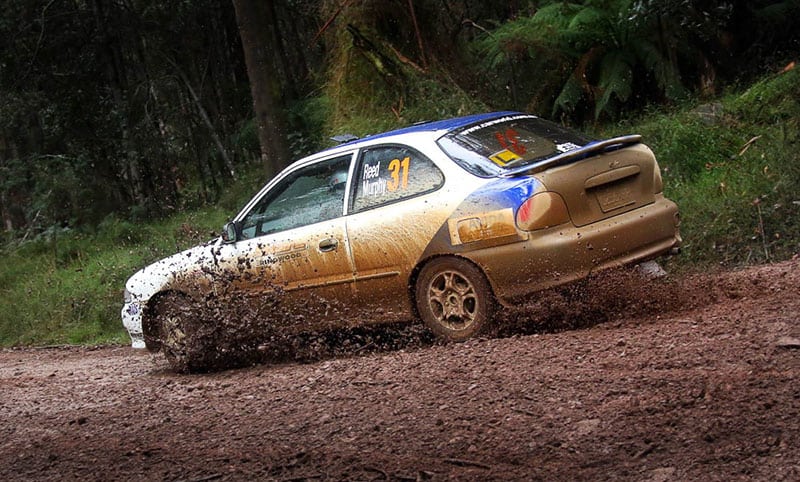 Retrospective: Ford RS200 – the rally winner that never was